By JPOST.COM STAFF
Hall of Names at Yad Vashem 390
(photo credit: REUTERS)
Advertisement
The Holocaust has taught the world that democracy demands both the rule of law as well as the preservation of democratic values, Supreme Court President Dorit Beinisch said on Friday, adding that the question of whether we have truly internalized this lesson must be asked.According to Israel Radio, Beinisch spoke at a ceremony marking International Holocaust Remembrance Day at the Massuah Institute, warning that even today the world is confronted with expressions of anti-Semitism, hatred and violence. These disturbing instances endanger our existence as a humane society, she explained.US Ambassador to Israel Dan Shapiro also spoke at the ceremony, saying that although Holocaust-denial, anti-Semitism and racism still exist, the State of Israel continues to thrive as a free and strong country with the ability to defend itself. The US and Israel, as dedicated allies, are committed to the Jewish state's security, he added, saying that "Together, we can and we must ensure there will never be another Holocaust." 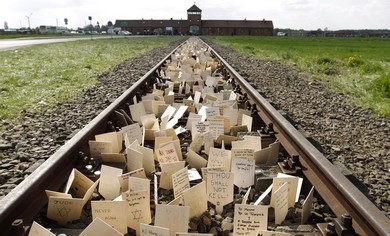