Plane with victims of French shooting lands in Israel

Ayalon greets Juppe at airport; Rabbi Yonatan Sandler, his 2 children and 8-year-old Miriam Monsonego to be buried in Jerusalem.

By JPOST.COM STAFF, HERB KEINON, REUTERS
Bodies of French shooting victims land in Israel 370
(photo credit: Gideon Markovitz)
Advertisement
A French military airplane carrying the bodies of the four victims of Monday’s shooting attack at a Jewish school in France landed in Israel Wednesday morning.The victims were set to be buried in Jerusalem at 9 a.m.Rabbi Yonatan Sandler, a 30- year-old French-born teacher from Jerusalem; his two children Aryeh, six, and Gavriel, three; and eight-year-old Miriam Monsonego, the daughter of the school’s principal, died in the attack at the Ozar Hatorah school. 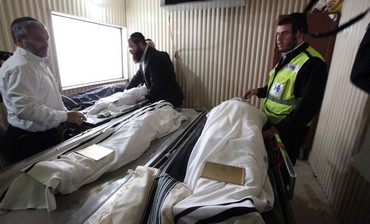 National Insurance Institute director-general Esther Dominisini announced Tuesday that she had resolved the controversy of funding the burial.The NII had initially opposed funding the elder Sandler’s burial due to bureaucratic regulations regarding citizenship.Although Sandler was not an Israeli citizen, his two murdered children were citizens, as are his wife and surviving child.In an uncommon act of solidarity, French Foreign Minister Alain Juppe arrived in the country Wednesday to take part in the funerals of the four victims.According to a statement from the French embassy, Juppe is coming to represent the French government at the funerals, and to express the French people’s feeling of solidarity with the victims’ families and the Jewish community.Diplomatic sources said details of the visit were arranged hurriedly on Tuesday. 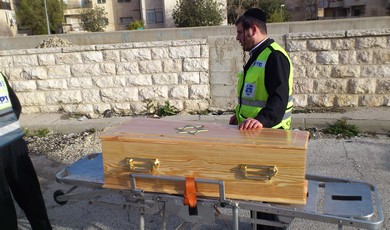 Juppe was greeted at Ben-Gurion airport by Deputy Foreign Minister Danny Ayalon who thanked the French foreign minister on behalf of the Israeli government for France's cooperation in the events following the attack. Juppe was expected to meet with President Shimon Peres and Prime Minister Binyamin Netanyahu during his brief stay.As police continue to investigate the deadly attack, it has emerged that the gunman filmed his carnage, France’s interior minister said, as the country prepared to hold a silent tribute to the victims on Tuesday.Claude Gueant told reporters that video surveillance tapes at the school in Toulouse showed the gunman recording his shooting spree with a small video camera attached to his neck.“This adds another element to the profile of the killer. It is someone who is cruel enough to record it,” Gueant said at a primary school in the southwestern city, adding that it showed the murderer was “someone who is very cold, very determined, with precise gestures.”The school attack and the killing of three soldiers last week, believed to be the work of the same perpetrators, has stunned France and prompted President Nicolas Sarkozy and other leading candidates to suspend campaigning for next month’s presidential election. 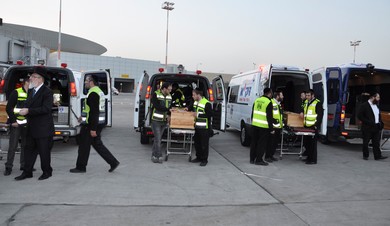 Sarkozy sent a letter on Monday to Netanyahu expressing his “sincerest condolences” over the murders.“Like all the citizens of France and all the citizens of Israel, I was shocked and outraged when I was informed this morning of the murder of four people, among them three children, at the Ozar Hatorah school in Toulouse,” he wrote.Noting that some of the victims were also Israeli citizens, the president said he was writing “to impart to you and the entire nation of Israel my sincerest condolences.”He also promised to arrest the “despicable” criminal behind the attacks and use the fullest extent of the law to punish his “cruelty.” Sarkozy visited the scene of the crime on Monday and participated in a memorial ceremony at a Paris synagogue, where he expressed his determination not to let such a crime go unpunished.“On the occasion of these tragedies, I wish to impart to you my profound sympathy,” he closed the letter, handwriting “with friendship” above his signature.More than 200 police officers have joined the hunt for the gunman, who is the prime suspect in the killing of three paratroopers in two separate shootings last week in Toulouse and the nearby town of Montauban, to the north.Gueant said police were pursuing several leads into the attacks, which shared a number features. In each attack, the gunman arrived on a stolen scooter and used a Colt .45 handgun.Sarkozy ordered security tightened in Toulouse, with guards posted at religious sites and the terror alert at its highest level in the city and the surrounding region.“We will track down this monster. We will find him, bring him to justice and punish him,” Juppe said of the killer on France 2 television.A child who survived the attack spoke of his feelings of terror as the shots rang out through the school.“We were getting ready for prayers when the principal stormed in and screamed that there was a shooting. I panicked and fled to the old canteen and heard the shots, but saw nothing,” the 11-year-old boy told France Info radio.“I thought he was going to come in any minute and finish us all,” he said, “Then I waited and waited, and then my daddy came to get me.”Police have not named a suspect but are searching the city of around one million for a man they believe could be a trained marksman, as well as the Yamaha scooter he used to flee. A motorcycle helmet hid the shooter’s face during the attack.Sarkozy, who said on Monday the school killings appeared to be motivated by racism, attended a one-minute silent vigil on Tuesday in a Paris secondary school. Schools in all of France will observe a minute of silence.At the entrance to Ozar Hatorah, a five-floor brick building in a leafy residential neighborhood, residents and parents left floral tributes and candles in memory of the victims.Monday’s shooting was the deadliest anti-Semitic attack on French soil in nearly 30 years.In August 1982, six people were killed in a combined grenade and gun attack at the Goldenberg restaurant in Paris’s Marais Jewish district.“Anti-Semitism exists in France, we have fought it for years,” Juppe said. He said Jewish organizations had complained about an increase in anti-Semitic incidents recently, but rejected suggestions that racial tensions stirred during the campaign could have triggered the attacks.“Nobody should try to benefit in any way from this drama, which is in no way linked to the electoral campaign,” Juppe said.Sarkozy, who is seeking reelection in a two-round election in April and May, said he would suspend his campaign until Wednesday. Far-right chief Marine Le Pen, trailing frontrunner François Hollande and Sarkozy, made a similar pledge.Dominique Reynie, head of the Fondapol politics institute, said the killings could transform the election campaign five weeks before polling day.“The tone of the campaign cannot go back to what it was,” he told Reuters. “The campaign was dominated by an aggressive tone and a strong degree of populist rhetoric. This rhetoric will cease because there will be voter demand for healing.”
Advertisement
Subscribe for our daily newsletter