Healthy Eating: ‘Superfoods’ to the rescue

Here are 6 fresh disease-fighting, cholesterol-lowering, energy-boosting foods to help you have a super new year.

By KATHRYN RUBIN
Grapefruit 370
(photo credit: Lauren Izso)
Advertisement
This time last year, we were touting chia seeds and coconut water for their amazing health benefits, and while these “superfoods” will always have a place in our hearts and our kitchen, there are a few new foods that have garnered a lot of attention lately for their super health benefits. Check out these six new “superfoods” for the New Year: 1. Avocados

CourtesyFor the last year, avocados have been praised for their heart-healthy and disease-fighting fats; so it’s only fitting that they finally claim a spot amongst this year’s “superfood” list. Avocados are often considered fattening because they are high in fat; however, not all fat is created equal – and eating avocado slices is by no means the same as consuming a bag of chips. In fact the polyunsaturated fats and fiber in avocados actually prevent wild swings in glucose levels, thus keeping you full longer. 2. Black GarlicWe all know that garlic ranks amongst one of the healthiest foods around; but have you ever heard of black garlic? After a fermentation process, garlic cloves go from white to black, and as a result gain a sweet, caramel flavor. However, that’s not all. The fermentation process also doubles the antioxidants in the bulb, thus giving black garlic some pretty potent anti-cancer powers, as well as lowering cholesterol. 3. Cauliflower 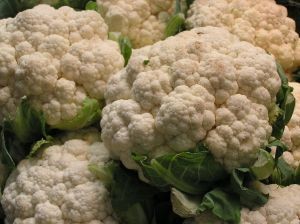 CourtesyEveryone knows that broccoli is a health food superstar; and why shouldn’t it be? After all, it’s packed with disease fighting nutrients. But what about the dark green vegetable’s slightly paler cousin? Cauliflower is no health food wash out. One cup of this white cruciferous veggie offers three-quarters of your daily supply of Vitamin C, as well as numerous anti-cancer compounds. On top of this, studies have found that cauliflower is packed with Vitamin K, a powerful anti-inflammatory compound. 4. Black BeansBeans are often advertised as being high in protein, but would you ever guess that they contain 15 grams of protein per cup? While beans are comparable to meat when it comes to protein and calories, they contain significantly less fat and far more fiber. Fiber slows digestion, and helps to regulate insulin levels, thus helping to keep us feeling full longer, and helping to prevent weight gain. On top of all of this, beans are packed with cancer fighting antioxidants. 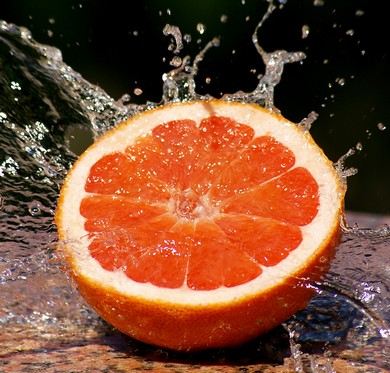 WikicommonsGrapefruits dominated the low fat diets of the 80s; however, for the next two decades their health food celebrity status took a back seat to other colorful fruits such as blueberries and raspberries. But now the grapefruit is back – and getting recognition for its many health benefits. On top of being rich in Vitamin C, this citrus fruit is abundant in lycopene - an antioxidant famous for its anti-cancer properties.Grapefruit also contains pectin, a form of soluble fiber that has been shown in animal studies to slow down the progression of atherosclerosis, as it reduces blood LDL cholesterol levels. 6. KelpLast but certainly not least, we come to kelp. Now when you see this “superfood,” you may want to call for help as it doesn’t necessarily have the most beautiful appearance; however, we all know that it’s what on the inside that counts, and this sea veggie is packed to the brim with disease-fighting, anti-aging nutrients. So what can kelp do for you? Kelp, commonly known as seaweed, is the only plant which synthesizes any significant amount of Vitamin D in its tissues, making it a natural source of this much needed sun vitamin. What’s more, kelp contains more than 30 minerals, including calcium and magnesium. Seaweed/kelp is also full of iodine, a specific mineral needed to maintain proper thyroid and metabolism, as well as strong hair and nails. On top of this, preliminary studies have shown that this sea vegetable’s natural alginate fiber may help to block fat. Follow @JPost_Lifestyle
Advertisement
Subscribe for our daily newsletter