By TOM LANGFORD
Sunset 370
(photo credit: David Kahn)
Advertisement
Tom Langford is a commercial photographer, professional retoucher, and a website designer.I had a puzzling experience at the start of my photography career many years ago in London. I was walking with a friend on Hampstead Heath, a beautiful public park in North London. His daughter was only a few months old and was sitting, strapped into a buggy that he was pushing. We stopped to chat and admire the view standing side by side.As we talked he raised the family camera to his eye and took a snap. I had a compact camera with me and as we talked I took a casual picture too: I squatted down and took a quick picture looking up at the buggy - the child's tiny helpless hands and forehead were just visible at the top of what looked like a sturdy tower. He had taken a snap, I had taken a picture, and yet we were standing side by side. Neither of us had thought consciously about what we were doing, but the results were completely different.I remember feeling puzzled and intrigued. Like many photographers I took pictures by instinct and I really couldn't explain how I did it. Many years of experience as a commercial photographer helped me to refine these instincts but the puzzle remained unsolved. Just saying that I had a good "eye" isn't really illuminating.When I moved to Israel a few years ago, I thought that it would be fun to teach photography. I had to think long and hard about what I did by instinct to take a good picture - this time I solved the puzzle.I realized that the process of taking a good picture can be broken down into five straightforward steps. All of my photography articles give examples of how to put one or more of these steps into practice. Understanding each step is easy; applying it to real world situations takes plenty of practice and guidance.The first three stepsLet's take a look at this picture sent in by David Kahn. He took it with his cellphone camera just as the sun started rising one morning in Mitzpe Ramon. 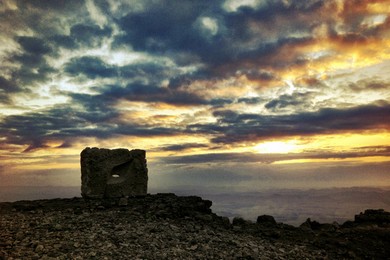 The silhouetted foreground is well differentiated from and complimented by the background of the sky; top marks for step one, "effective backgrounds."It's certainly a dramatic shot and is centered around a strong focal point. The horizon, sweep of the clouds and slope of the ground give a sense of movement. So high marks for David's use of step two, "visual awareness. " 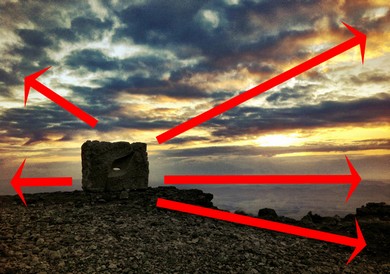 The stone construction has the feeling of a sentry guarding some high, sacred ground. By using a slightly lower closer viewpoint this could be emphasized. The sun is to the right of the picture, but I would love to see it behind the aperture to give a sense of grandeur. So lower marks for step three: "telling a story." Below is the sort of effect I mean. 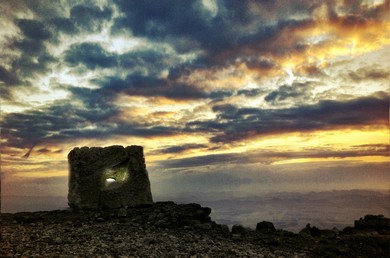 Step four is "imagination." Mine is somewhat vivid and I would love to get the full effect I have indicated below. This may or may not be physically possible but that doesn't stop me from visualizing it. Imagining an ideal shot helps you to get the most out of what is possible at the time. 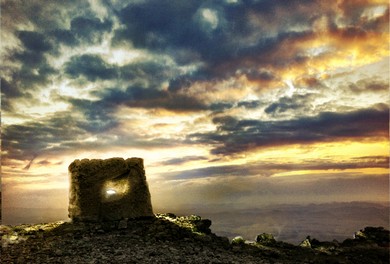 David used three out of the five steps of taking good pictures, which is quite an achievement. Step three could do with a bit of polishing, and I hope these comments are helpful. Send me your picture If you are aspiring to develop your photography skills, send me a picture and I will publish one at the end of my next article with some constructive feedback.  Send one picture only, at a reduced size to [email protected]  Tom Langford is a commercial photographer, website designer, and professional retoucher. He teaches photography courses for beginners and advanced. Details of his courses and field trips at: www.langford.co.il/coursesFollow @JPost_Lifestyle
Advertisement
Subscribe for our daily newsletter