Learn how to make a picture worth a thousand words with photography expert Tom Langford.

Photography was invented in the early 19th century. For the first 70 years it was a skillful and expensive craft that only very wealthy individuals and professional photographers could practice.By the turn of the 20th century the technology had developed enormously and the first hand-held, portable cameras were being mass-produced: They were incredibly popular and required no photographic skill to use. The era of the snap had dawned.

Snaps and photographsSnaps are important private documents that reawaken memories of times past - they have to be verbally explained to outsiders who didn’t share the original experience. Good photographs, on the other hand, are complete in themselves - they require no explanation and transcend time and place. Everyone has a snap that accidentally turned out to be a good photograph, usually a sunset shot, but it can be difficult for enthusiasts to intentionally create images that communicate universally and do not need a commentary. The trick is to understand just what interests you about a picture before you take it, and then find the best composition and moment to shoot that clearly conveys your vision.

Telling a story without wordsAdele Lerner sent in some pictures taken in Israel during a recent trip and asked for some advice about how they could be improved by cropping, altering the color, improving the composition, and so on. I’m afraid that pictures can be improved afterwards only if their messages are clear: Cosmetic changes won’t have any significant effect if the picture has no apparent story to tell. 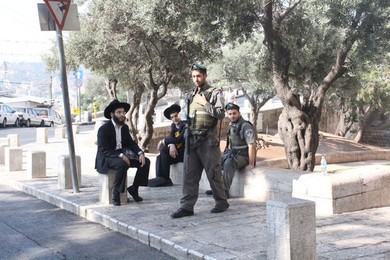 Adele LernerThis picture shows two groups of people - one in official uniforms, the other in orthodox Jewish clothing. There’s a lot of potential here to tell an interesting story or show a photo-journalistic point of view. The picture communicates that the photographer found the scene interesting enough to point the camera and shoot, but does not indicate what that interest was. The primary and secondary focal points are a uniformed figure, placed in the center of the picture, and an orthodox figure to the left. It isn’t clear what their relationship is or why the photographer chose to capture this particular moment. Perhaps there was some group interaction that caught the photographer’s attention, or some intriguing feeling in the air. The shot may bring back those personal memories to the photographer, but they are not communicated by the picture. Cosmetic changes will not have any significant effect here.It’s a sobering thought that pictures have only a split second in which to interest the viewer. If they don’t instantly begin to tell us why they were taken then we can easily pass them by. 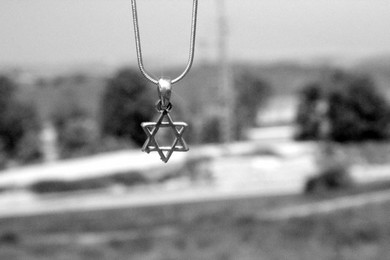 Adele LernerThis time the picture immediately communicates that the photographer has a strong empathy with Judaism. The out-of-focus background gives it a very artistic feel. It could be used in a magazine, or for a poster to support a pro-Jewish stance.Although the strength of this picture is that its message is clear and general, my own preference is to add a secondary focal point to provide more of a story as I have roughly indicated below: 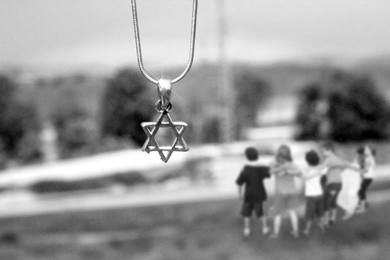 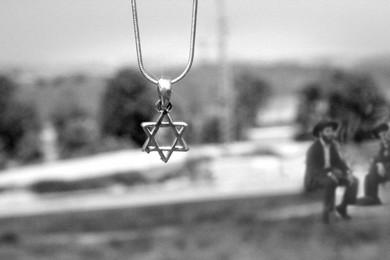 Adele LernerMaking progress in photography isn’t easy, thank goodness, or it wouldn’t be such a satisfying and enjoyable pursuit. Understanding what you want to say before you shoot is difficult; learning to see your photographs without the personal associations they trigger is essential; striving to create a good result is often frustrating but always worthwhile. Constructive Feedback  Aspiring photographer can send pictures to be used in future articles for constructive feedback.  Send one picture only, at a small size to suitable for emails to jpost@langford.co.il.

Not sure how to send a photo by email at a small size? Look at this Brief Guide to Picasa:  www.langford.co.il/courses/PicasaGuide.htmlTom Langford is an Event and Commercial photographer, website designer, and professional retoucher. He teaches photography courses for beginners and improvers. Details at:http://www.langford.co.il/courses and http://weddingseventsisrael.com.  Follow @JPost_Lifestyle
Advertisement
Subscribe for our daily newsletter