By YONI COHEN
Bar Refaeli in Santa costume 370
(photo credit: Instagram)
Advertisement
Food is a major focus of most Jewish festivals and Hanukka is no exception. That’s why this week the JPost Lifestyle section was jam packed with recipes and features on everyone’s favorite sweet and savory oily treats. Loren Minsky showed off what Jerusalem had to add to the mix with her rundown of the top 5 best donuts in the capital, while Ron Saig had those with special dietary needs in mind with his recipe for gluten-free donuts. 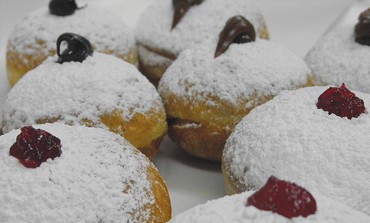 The team at gourmetkoshercooking.com took latke frying to a whole new level with their recipes that included spicy mayonnaise and smoked salmon, sweet potato as well as potato, parsnip, and chive latkes. Chef Laura Frankel delved into the lesser known tradition of eating cheese on Hanukka, which inspired her Feta Cheese and Potato Fritters recipe.As part of his photo essay series Israel the Beautiful, photojournalist Yehoshua Halevi shone a light on how Hannuka is celebrated in the Holy Land with his insightful gallery and commentary. 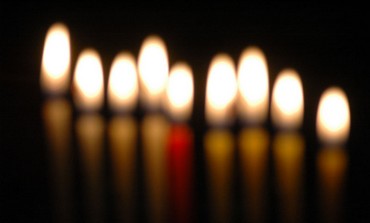 Proving that the celebration of Jewish holidays is well up to date with modern times, Zohar Friedman gave us a rundown of the top 5 applications specially designed for Hanukka. In a change from purely focusing on the food, the team at Taste TLV got into the holiday spirit by sharing their top 5 eateries that have the best lighting. In the world of celebrity, it was a more confusing week than usual in the sense that it featured an unlikely mix of Jews dressing as non-Jews and non-Jews dressing as Jews. All with a big dose of Santa Claus mixed into the bag. To start off, there was the “shocking” picture that Israeli model Bar Refaeli posted on Istagram of herself dressed in a Santa Claus outfit that caused outrage.Staying on the theme of Santa, this video of Snoop Dogg dressed as Moses engaged in a rap battle with the Christmas hero went viral in a matter of days. The writer is JPost.com's Lifestyle editor