Expert Tom Langford offers advice on how to navigate through the most important features of an SLR camera.

By TOM LANGFORD
Teemu-Liimatatinen 311
(photo credit: Tom Langford)
Advertisement
Tom Langford is a commercial photographer, professional retoucher, and a website designer.Modern digital cameras are similar to TV remote controls – they each have lots of buttons and clever features, but only a few of them are really useful most of the time.This week we will concentrate on one of the most useful features found on most SLRs and many compact cameras. It’s called Program Mode and is the professional equivalent of the point-and-shoot “Auto” mode. Like many pro photographers, I use it most of the time except when I’m shooting with flash in the studio. To see why it’s so useful we need to understand the basics of exposure.ExposureInside your camera is a light meter that measures how much light enters through the lens. A miniature computer then adjusts the shutter speed to allow just the right amount of light to affect the image sensor and make an appropriate exposure. Inside the lens is an adjustable aperture that you can alter to allow more or less light through. As you do so, the computer will make a corresponding adjustment to the shutter speed, making it faster or slower, to keep the exposure constant. Program mode is a very convenient way to benefit from this interlinked nature of aperture and shutter speed.Program modeIn Program mode, gently press the shutter button to focus; the camera will set an average aperture and shutter speed combination. This will be fine for most general photography - you can start shooting and concentrate on the picture rather than the camera. Occasionally, however, you will want to take more control. The viewfinder display in most SLRs will show the aperture and shutter speed; these will also be visible on a compact camera’s preview screen. You can easily and quickly adjust them to create a more blurred background, freeze motion, take the sharpest picture, or for artistic special effects. 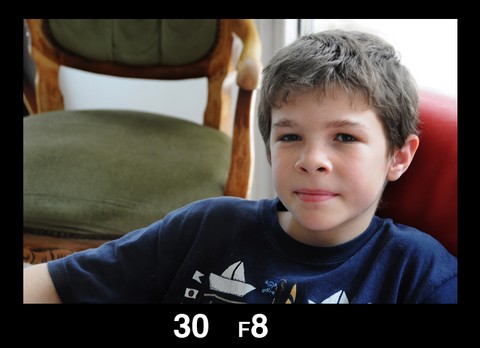 Adam [Tom Langford]
Blurred backgroundsTo make backgrounds more blurred and out-of-focus (useful for creative shots and portraits) simply spin the thumbwheel on a SLR (or press the appropriate buttons on a compact) in whichever direction makes the aperture wider. Remember that wider apertures have smaller F numbers – F4 will blur the background more than F8. 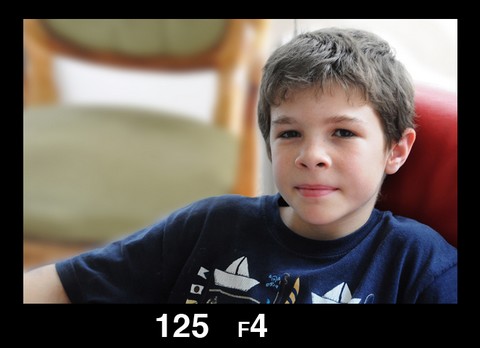 Adam, blurred background [Tom Langford]
Freezing movementSpin the thumbwheel on a SLR (or press the appropriate buttons on a compact) in whichever direction makes the shutter speed faster. Speeds of 1/250sec or faster will capture action. 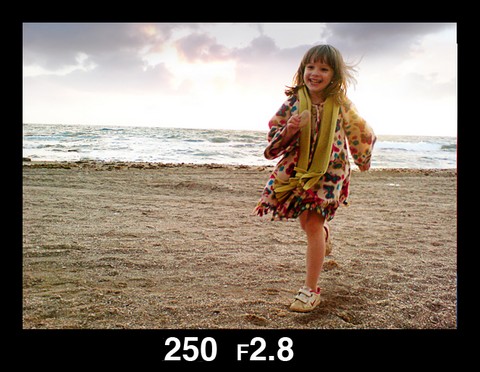 Donna running, [Tom Landford]
Sharper picturesLenses don’t take the sharpest pictures if used fully open or stopped down to their smallest apertures. You get the crispest results usually two stops down from fully open. So if your widest aperture is F4, you’ll take the sharpest pictures at about F8. Use program mode to quickly adjust the aperture when you want maximum sharpness. I do this if I’m taking high-quality pictures of artworks for catalogs. A tripod may be necessary to steady the camera. 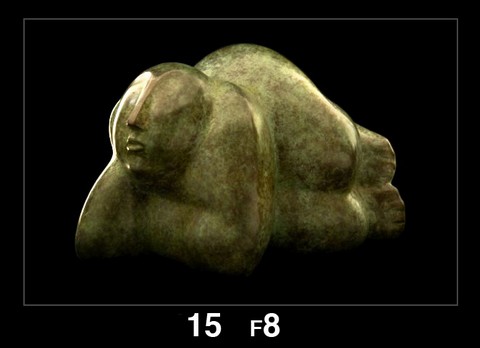 Maya, sculpture by Doron Dahan [Tom Langford]
Choosing the ISOSometimes you will want to use a faster shutter speed than what is available. You can extend the range by choosing a higher ISO, the digital “film” speed. Different cameras use various ways to set this so you may have to refer to your manual. Remember to reset the ISO to a normal value, 100 or 200, afterward.Less fiddling aboutEverything you can do in P mode can be achieved by switching to other shooting or scene modes. The instant ability to swiftly choose the best and most appropriate aperture or speed is what makes P mode so versatile and useful. With practice it will become instinctive and you can concentrate on what’s important, creating Good Pictures.Send me your picture  If you would like to develop your photography skills, send me a picture with details of how you took it. I may share some constructive feedback in one of my future articles.   Send one picture only, at a reduced size to [email protected]If you don’t how to send a reduced size photo by email see myBrief Guide to Picasa:www.langford.co.il/courses/PicasaGuide.html Tom Langford is a commercial photographer, website designer, and professional retoucher. He teaches photography courses for beginners and advanced. Details of his next courses and field trips at: http://www.langford.co.il/coursesSculpture by Israeli artist Doron Dahan: http://dorondahan.com
Advertisement
Subscribe for our daily newsletter