By TOM LANGFORD
Children smiling in black and white 465
(photo credit: Lawrence Oberfeld)
Advertisement
Tom Langford is a commercial photographer, professional retoucher, and a website designer. When I first started to develop my interest in photography I remember feeling annoyed when almost any criticism was made of my pictures. I had the knack to take good, creative shots, and didn't like it when minor faults were pointed out.  The process of becoming a professional photographer completely changed my attitude to critical feedback. An art director could be looking over my shoulder and making comments even before I took a picture; a client might have specific requirement that my pictures had to take into account. I soon learned to respond positively to criticism and became a better photographer because of it.  When photography is your hobby you don't often receive such informed feedback. To progress it’s important to develop the ability to look at your own pictures objectively, assess their strengths and weaknesses, and know how to correct them.   Critique, one of the five steps necessary to create a Good Picture, is perhaps the hardest since it requires a level of insight gained only by understanding and practicing of all the other steps. Here are a few of the pictures that readers have sent where I show the beneficial effect that self-criticism can have on your photography. Asking the right questions  Critique consists of asking and answering three questions:
What works?
What does not work?
Could it be improved, and how? 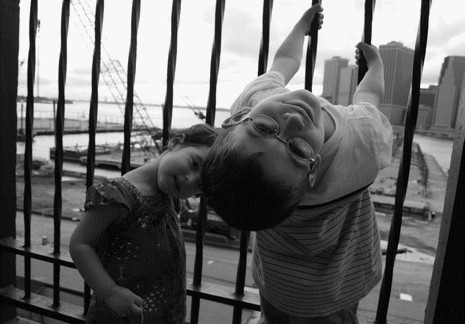 This picture is from Lawrence Oberfeld of Canada.  What works?
He has captured an innocent and happy moment from childhood.   What doesn't work?
From this angle the child's head looks too severe, as if it were not completely connected to the body.
Could it be improved, and how?
Taking a second shot from a higher level would have lessened the angle of the head. It would have also introduced perspective and increased the sense of movement. Below is a roughly retouched version to indicate the intended effect. 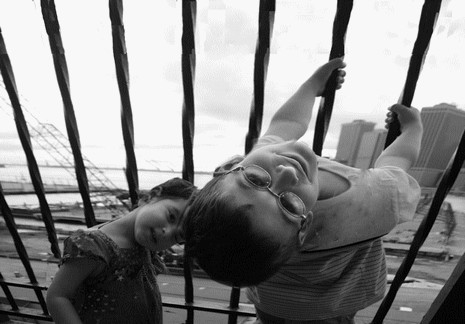 Nir from Israel sent these next two pictures. It's very challenging to produce a good wildlife shot since we have become so accustomed to seeing incredible images made by pros with the equipment, knowledge and time to take them. Even so, these are two decent attempts. 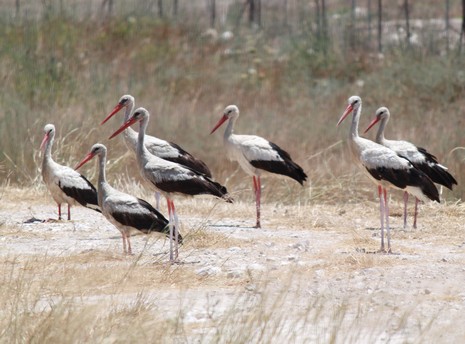 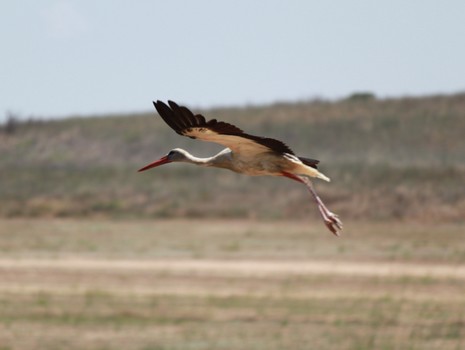 What works?
Both shots are uncluttered and show the birds in a natural habitat.
What does not work?
Both shots look impersonal, probably because they were taken with the long end of a zoom lens. Good wildlife photography gives the sense of peeking into the private life of the animal, often at some dramatic moment. The pros use telephoto lenses too, but they use them to reveal intimacy.  Could it be improved and how?
Both shots are not strong enough individually. In the circumstances it would have been better to spot an opportunity that combined the two shots, as I have indicated in the retouched shot below. 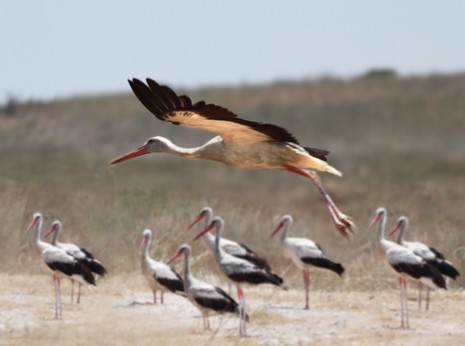 Before, during, and afterDon’t wait to apply this simple technique of self-criticism until after you have taken a picture. Before you even grab your camera you can be composing the shot, assessing its strengths and weaknesses and taking steps to correct them. As you take the shot you can reassess and take appropriate action too. A quick glance at the preview screen will confirm how successful you have been. Reassessment may be required yet again and further shots taken. After many years of professional shooting I still find every shot is a challenge requiring knowledge, experience, skill and discipline.It is constantly frustrating as neither children or storks will wait for you to take a perfect picture! Thank goodness it’s so difficult or I would have lost my passion and become bored many years ago! The last picture we will look at was taken by Charles P of a wild Mustang horse in America. He was camping nearby and took this excellent shot. 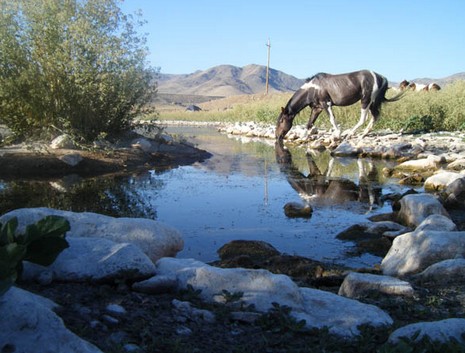 What works?
It certainly captures the wild atmosphere of the American west. The composition is carefully balanced, and the large dark stones make an interesting foreground that helps to bring depth.
What does not work?
The picture focuses on the horse and its reflection, but these are not as clearly defined as they could be. Could it be improved and how?
By moving a few steps to the left, and shooting from lower down, the subject can be separated from all the rocks intruding into the reflection. The horse will also be shown more clearly against the sky.The vastness of the location can also be emphasized by showing an expanse of sky. In the retouched version below I have indicated the effect I would be aiming for. 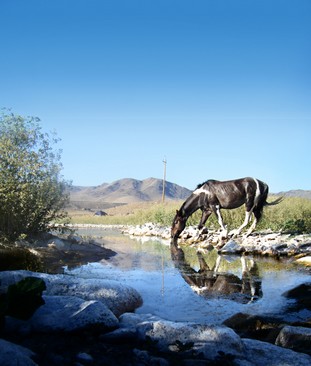 Send me your picture  If you are aspiring to develop your photography skills, send me a picture and I will publish one at the end of my next article with some constructive feedback. Send one picture only, at a reduced size to [email protected]  He teaches photography courses for beginners and advanced. Details of his courses and field trips at: www.langford.co.il/courses
Advertisement
Subscribe for our daily newsletter