Uri Avnery's battle with himself

A well-known critic of Israel from the far-left traveled a path that led from membership in the Irgun to a disciple of Canaanism. 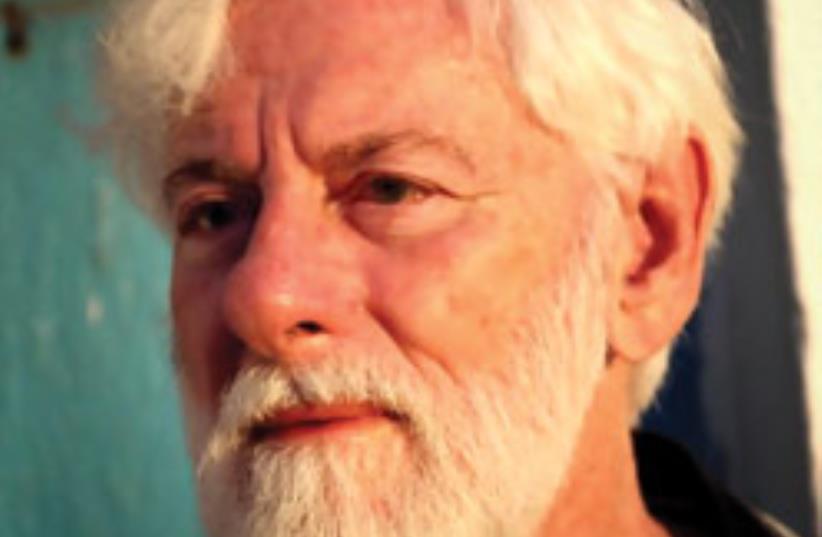 "War is a sandwich, a thin slice of danger between two thick slices of boredom." This is the description the soldier Uri Avnery gives to his time as a fighter in the ranks of the nascent IDF. He joined up before the state was born, in March 1948, and fought in many of the war's decisive battles until he was gravely wounded on December 8.

If we could separate the Avnery who wrote this book, first published in 1949, from the Avnery of today, we might be able to judge this book only on its merits. Alas, the one cannot be separated from the other.

Avnery was born Helmut Ostermann in 1923 in Germany. He arrived here in 1933 with the wave of German emigrants fleeing Hitler's rise. Four years later he joined the Irgun but quit in 1940 supposedly in protest against its anti-Arab ideology. He became an adherent of a radical brand of Zionism known as Canaanism which foretold a pan-Semitic alliance of peoples in the Middle East that would include Jews and Arabs. Toward this end he stressed his Israeliness over his Jewishness, as a way to overcome the two ethnic groups inhabiting the country.

Between 1950 and 1990 he was editor of Ha'olam Hazeh, which published scandals concerning the government, relentlessly attacked David Ben-Gurion and supposedly advocated "the creation of a Palestinian state alongside Israel" even in the 1950s (a problematic argument considering that the Palestinians were then under Egyptian/Jordanian occupation, not Israeli). He became best known as the "first Israeli" to meet with Yasser Arafat in 1982 and as a founder of Gush Shalom, the "peace bloc," in 1992.

His book is composed of two parts. The first consists of dispatches he sent from the front to Haaretz, which are made cohesive for the reader by commentary between them. These are pure stories of military life, including the camaraderie and boredom. It includes snipes at "the intellectuals, the pests or the writers" and others who stayed behind and whom the "Hebrew youth despised."

The second portion, titled "The Other Side of the Coin," consists of brief sketches concerning the Irgun, abuses of Arabs (including stories of shooting prisoners, alleged rape and looting) and intimacy with women in the army. It is in this second part that he ponders more deeply the meaning of war and hatred between peoples, noting "there is no Arab race. Just as there is no Jewish race... were your ancestors and mine brothers and sisters?"

It is this second part that seems to have informed the post-1948 Avnery. This Avnery has blossomed from a critic of Ben-Gurion into member of the peace camp to an extreme anti-Israel critic who has spoken of Israel's actions having a "strong odor of apartheid" and referred to the actions of the IDF in the recent war as "the bloodstained monster enters Gaza" and called the IDF spokesman the "official liar." In a recent column he went further, comparing the actions of Israel in Gaza to the Nazi siege of Leningrad and bombing of Britain. This is the Avnery who now writes for Counterpunch, an on-line magazine which does not hide its anti-Semitism.

The Avnery of today admits in the new introduction to 1948 that meeting his former self would be equivalent to meeting a different person. While he writes that the experiences that he related when he was 25 are not fabricated, he elaborates that "for every historical event there is a subjective and an objective truth. The first is the truth for those directly involved, the second describes the facts that crystallize out in later years."

But the story that the young Avnery relates is one that he now scoffs at. During battles in July 1948 aimed at blunting the Egyptian drive for Tel Aviv, he notes that "the aggressiveness of little David has impressed the cautious heavily armed Goliath... the soldiers of the southern front, who have overcome an enemy much stronger and better equipped." Today's scholars tend to portray Israel as the Goliath even in 1948, but can the stories Avnery relates of infantrymen advancing against tanks and of the chronic shortages of material truly be dismissed?

Uri Avnery is an enigma and his 1948 merely adds to that enigma. This is an essential read for anyone interested in the history of Israel and the War of Independence. The author, however, seems to have suffered from his own claim that "the trouble is that propaganda is most convincing for the propagandist himself." Avnery in the end could not know which of his split personalities to adhere to, the Irgunist, the disciplined soldier or the pondering philosopher of Canaanism.

"I know that I will get up in one hour, that I will lead 23 innocent young men to the slaughter and that none of us will return without wounds of body and soul." Avnery's soul returned wounded, and Israel to this day suffers the slings and arrows, in the form of angry editorials, of that suffering.n