Analysis: Hizbullah turns up the temperature in the North

Feeling internal pressure, the group has sought once again to cast itself as the 'resistance' in Lebanon. 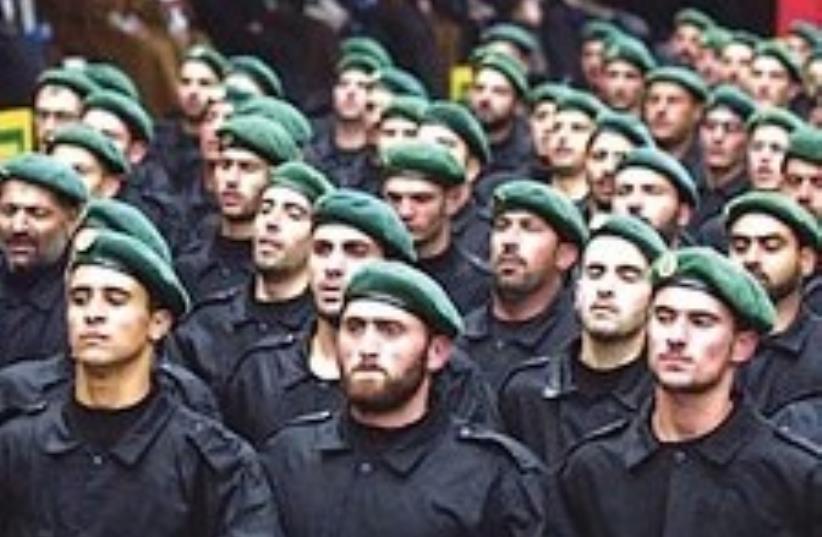 Israel's border with Lebanon is currently at its most tense since the cease-fire which ended the war of 2006. This tension has been brought on by the combination of a number of factors.

Ongoing internal political frictions in Lebanon and a series of recent setbacks suffered by the Iran-led regional bloc are both key elements contributing to the situation. Inflammatory rhetoric and orchestrated provocations by Hizbullah supporters in the south, against the ominous background of the movement's ongoing rearmament, are helping to ratchet up the uncertainty.

Coalition negotiations have been deadlocked in Lebanon in recent weeks. Hizbullah has conceded to the opposition's demand that its bloc receive only 15 ministerial portfolios (one less than the number required for a veto). This does not settle the matter, however. The focus now turns to efforts to ensure that at least one of the 'independent' ministers linked to President Suleiman is of a pro-Hizbullah orientation, ensuring the de facto continuation of the movement's power to block government decisions not to its liking.

Feeling itself under internal pressure, Hizbullah has sought once again to cast itself as the force of 'resistance' in Lebanon.

It was this role which originally propelled the movement from its status as a secondary, pro-Iranian Shia force to its current prominence. During the past several years, Hizbullah's problem has been finding issues which could justify its continued belligerent stance against Israel. The two matters on which it has chosen to focus are Israeli control of the Mount Dov (Shabaa Farms) area, and the matter of Lebanese citizens supposedly incarcerated in Israel. Both these issues are now once more being deliberately placed in the foreground.

It is worth remembering that the 2006 war was sparked by an attempt by Hizbullah to kidnap IDF soldiers in order to exchange them for Samir Kuntar and a number of other Lebanese jailed in Israel for involvement in terror. The attack in July 2006 was not the first attempt of this kind. Each was accompanied by a ratcheting up of rhetoric by the Hizbullah leadership, which sought to focus attention on the prisoners.

On July 17, Nasrallah gave a speech to mark the first anniversary of the release of Samir Kuntar and other Lebanese captives from Israeli custody. In the speech, he raised the issue of another supposed Lebanese 'prisoner' who, he claimed, remains in Israeli hands. The individual named, one Yahya Skaff, was killed while taking part in a Palestinian terror operation in Israel in 1978. It was long rumored in Lebanon that he was in fact alive and in Israeli custody. Skaff's remains were returned to Lebanon, but Hizbullah maintains that tests were unable to confirm the identity of the remains.

Nasrallah's speech suggests that the movement wants to inflate this issue so that it may serve as 'justification' for further aggression against Israel.

In addition, Hizbullah is turning up the temperature in the Mount Dov area. Against the backdrop of the explosion at Khirbat Silm, the movement has carried out a series of provocations - including a crossing into the Mount Dov area by Hizbullah-supporting civilians, who placed a movement banner and a Lebanese flag on an unmanned Israeli observation post in the Kafr Shuba hills.

The present escalation is taking place against the backdrop of Hizbullah's continued re-arming, both south and north of the Litani River. Israel is carefully monitoring this process. There are certain red lines beyond which Israel may consider some form of preventive action necessary, according to sources. These would include the acquisition and deployment by Hizbullah of an anti-aircraft capacity.

The situation on the northern border must be viewed through a regional prism, as well as a narrow Israeli-Lebanese one. The region remains divided between a bloc of states and movements aligned with Iran, which includes Hizbullah, and a de facto counter-alliance of pro-US states including Israel. Israel is the totemic enemy of the pro-Iranian bloc, which is committed to its destruction.

It has not been a good year for the pro-Iranian bloc. An important asset for the Iranians and their allies has been their sense of themselves as the 'sunrise' power in the region - the force of tomorrow. This perception had been aided by a string of achievements in the past few years. But 2009 has witnessed the cessation and partial reverse of this process - with a number of setbacks for Teheran and its various assets.

Israel's Gaza operation dented their sense that they had discovered a means of nullifying Israel's conventional advantage through the use of attrition and war against civilians. This setback was then followed by defeat for Iran's Lebanese clients in the June elections. Following this, the unrest after the rigged elections in Iran itself made a mockery of the Teheran-led bloc's claim to represent the regional popular will against its opponents. The charging of a number of Hizbullah activists, recently apprehended in Egypt, has added to the movement's woes.

Could this combination of local and regional frustrations be leading Hizbullah, creation and chief asset of the Iranians, down a road of dangerous brinkmanship - in an effort to recover some of its lost momentum and charisma?

What is clear is that the events sparked by the Khirbat Silm explosion have not yet run their course, the potential for miscalculation is very real, and hence further deterioration cannot be ruled out.

Jonathan Spyer is a senior researcher at the Global Research in International Affairs Center, IDC, Herzliya.