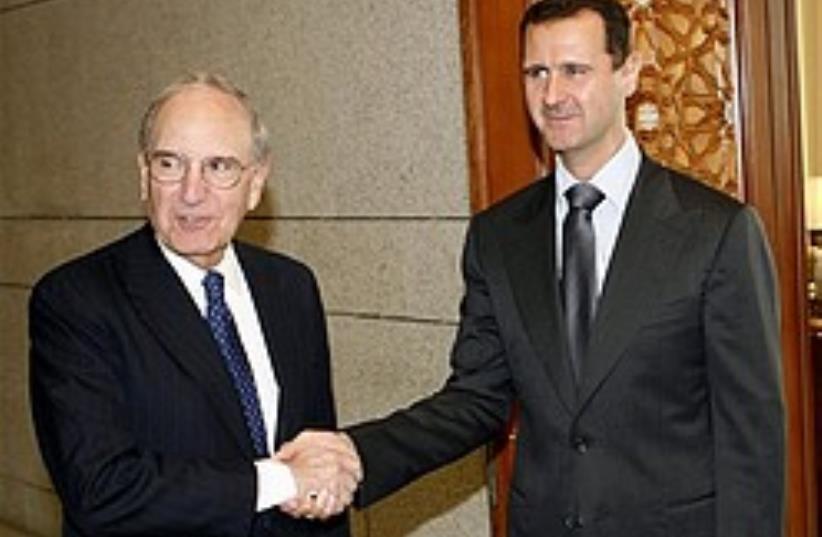 Arab countries are reluctant to respond positively to recent overtures from the Obama administration on normalization of ties with Israel, according to a Thursday report in Arabic daily Asharq Al-Awsat.

The article quoted Arab diplomatic sources "familiar with the substance of US Mideast envoy George Mitchell's talks," as saying that Arab states were "annoyed" by US pressure to take steps towards improving ties with Israel, and considered the moves "premature."

Asharq Al-Awsat reported that Mitchell had put pressure on Arab states to take measures so that the US would not look like it was "pressuring Israel only," as well as urging them to restart the Arab peace initiative.

In Jerusalem on Monday, Mitchell said Israel must start "dealing" with its West Bank settlements as a step toward bringing a comprehensive peace to the Middle East. The Palestinians have refused to restart negotiations with Israel unless Prime Minister Binyamin Netanyahu freezes all settlement activity.

A high-ranking Arab official quoted in the Asharq Al-Awsat report said that while Arab states "will not reject the US request," they intend to respond with certain conditions.

First, he said, Arab states will wait to check that US moves bear fruit, especially in terms of bringing about a halt to settlement construction. He emphasized that normalization would only come after Israel ceases construction in the West Bank.

Additionally, the official said that Arab states would push for Israel to improve living standards of West Bank Palestinians.

The official went on to point out that in the last 15 years, many Arab states had improved trade and semi-diplomatic relations with Israel.

The Arab stance, according to the official quoted by Asharq Al-Awsat, would not constitute a unified front, and individual states will be free to respond to US requests however they please. In other words, no collective position would be promoted by the Arab League.