‘This won’t weaken our pearl in the desert’

By YAAKOV LAPPIN, GREER FAY CASHMAN, T. LAZAROFF
AUGUST 19, 2011 02:24
Police, soldiers after Eilat attack 311
(photo credit: REUTERS/Ronen Zvulun)
Advertisement
As army and police forces continued to man checkpoints and sweep the desert north of Eilat on Thursday night, searching for terrorists who were still roaming the area, the Red Sea resort appeared to retain an atmosphere of normalcy, though some background tension could be felt.North of the city, jeeps, helicopters, police vehicles and special forces fanned out across the area, and sporadic exchanges of fire with terrorists still in the region erupted into the night hours. But inside Eilat, home to 60,000 residents, civilian life continued in a routine manner, as vacationers flooded hotels, beaches, cafes and bars.RELATED:
Counter-terror officer killed by terrorist fire near Eilat
Timeline of the attacks on the Sinai border“I’m proud of our residents. The right way to answer hostile fundamentalist forces is to carry on as normal,” Eilat Mayor Meir Yizhak-Halevi told The Jerusalem Post outside of the Joseftal Medical Center, where 29 injured people had arrived earlier in the day. 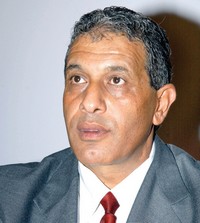 Next week, Eilat will host a jazz festival, and Yitzhak-Halevi expressed confidence that the city would continue hosting celebrations despite the lethal terrorism nearby.“I invite all guests from Israel and the world to our pearl in the desert. This won’t weaken us,” he added. “That’s the best answer to the extremists.”Prime Minister Binyamin Netanyahu and President Shimon Peres both called Yitzhak- Halevi to express their condolences and their sympathies for the deaths and injuries in the three separate terror attacks on Thursday.“We’re talking about a serious incident in which Israeli citizens were hurt and the country’s sovereignty was harmed,” Netanyahu told the mayor. He spoke with Yitzhak- Halevi prior to the retaliatory attack on Gaza and promised him that Israel would respond.On Thursday evening, Peres called Yitzhak-Halevi and Eilat Regional Council head Udi Gut to express his empathy with the residents of the region, and his outrage that such an attack could take place. Peres told the two local leaders that the attack was part of a series of terrorist attacks against innocent civilians within Israel’s borders, and an attempt to disrupt the routine life of the population.Peres was absolutely convinced that the IDF would track down the perpetrators and anyone connected with what he called “an outrageous terrorist attack” and bring them to justice. He said he was equally sure that the general public has full confidence in the ability of the IDF to maintain security in the area.Peres added that he was impressed by the swift reaction of rescue operators, doctors and social workers, and expressed condolences to the families of victims of the attack. He also wished a speedy recovery to the injured.Yitzhak-Levy said the residents of Eilat were going through a tough time, but would not allow anything to encroach on their way of life.Robert Siboni, a long-time resident of the city, and a chairman of an IDF-veteran association, said, “This was a very difficult day for Eilat. It’s the peak of the tourism season. After mid-August, Israelis from all over come here, especially youths who want to enjoy their final two weeks of summer break before school resumes.”

Siboni said he believed the attack was a calculated effort imperil an otherwise strong economy.“The objective of the terrorists is clearly to harm our economy. Israel’s economy is doing well, despite global economic downturns. The terrorists want to damage that. But this will only strengthen us. That’s the Israeli character. We have no other country. The people of Eilat are warm and welcoming. They will deal with this.”