If we want to avoid another Holyland, Israeli architects had better wake up and confront the challenges they face. 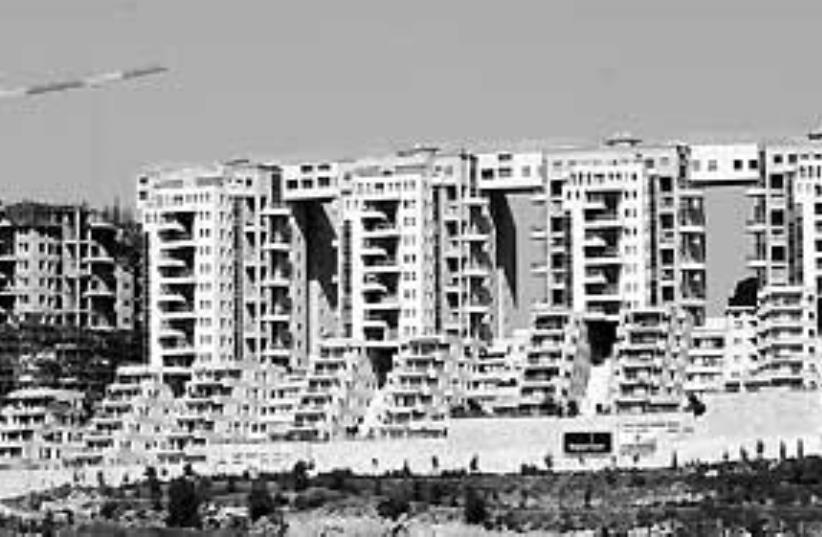 holyland311
(photo credit: Ariel Jerozolimski)
Advertisement
The Holyland scandal has raised many issues that the architectural profession has conveniently brushed aside for many years. We have by now reached the point where anti-urban and anti-social building projects are the norm, with Holyland only the latest to be added to a long list. Closed residential enclaves, segregated technology parks and exclusive marinas are growing in number each day. The view, the landscape and the beachfront have all come to be regarded as valuable commodities to be sold to the highest bidder, a matter only of supply and demand. Today’s architect functions in a difficult world; in an economic climate where even public agencies and municipalities often behave as if they were private corporations, where few are concerned with the urban problem which has at its heart social and inter-personal relations and relations between the natural landscape and the community, short-term, maximum profit being their only goal.Architects have of course largely cooperated with this state of affairs, their standard excuses related to problems of stability and security. Architecture is the least rewarding of the professions when it comes to return business. The architect whose practice is built exclusively on return clients is unusual. Moreover, the relatively small number of commissions puts unusual stress on the architect in obtaining work. These factors introduce a certain instability to the profession. The architect who would refuse a commission based on his belief that the project to be undertaken will prove destructive is rare. Once having agreed to do the work, the pressure placed upon him by his clients, be they private or public, can be very great. Resisting them is no simple matter. Holyland might be cited here as the perfect case in point. But how can architects expect to achieve works of quality if they themselves are unprepared to fight for them.SIMILAR PRESSURES can be felt by public-sector architects whose main task is to guard the public interest. From his very first day in office as mayor of Jerusalem, Ehud Olmert pushed for high-rises. A substantial part of the environment is shaped by people who have little or no visual training and who are simply unaware of the aesthetic and social consequences of their decisions – including mayors, lawyers, real-estate men and developers, businessmen and engineers. The public at large has little understanding of design, not to mention many people who do not differentiate between an architect and a contractor . Those who paid good money for apartments in Holyland, blind to its destructive impacts, could not imagine the present scenario. If social awareness is to be translated into design which encourages community values, education at every level is the key. A crash course in environmental design for mayor-elects would be a good place to start. IT IS no secret that the status of the architectural profession has been seriously eroded over the last generation. One reason is that more and more building projects are large-scale, requiring the participation of multi-disciplinary teams.The architect is no longer the sole leader he once was. Other factors too have taken their toll. Large numbers of so-called practical engineers having received their diplomas after just two years of study, are permitted by Israeli law to design and build structures up to four stories in height. Why hire an architect when you can get a P.E. for far less? Especially if you can’t tell the difference between them.Recent years have seen several works here by big names, world-renowned architects, the results highly questionable: Ron Arad’s Holon Museum is much more package design than it is architecture; Calatrava’s suspension bridge was unnecessary, as there was no river to cross; Leibskind’s and Gehry’s buildings won’t be counted among their best. All of this, of course, at the expense of local architects. Bowing low to starchitects is embarrassingly provincial. We do not need more showcase architecture.Building a viable architectural culture is dependent also on critics, persons of great knowledge and unimpeachable integrity having a wide, panoramic view of events. American architecture without Sybil Moholy-Nagy and Vincent Scully or British architecture without Reyner Banham and Kenneth Frampton, would not be the same. Men and women of such stature are sorely lacking here.But the problems are not just external, as in circumstances beyond the architects’ control. One of the most serious and pressing ethical problems to be faced concerns the many colossal failures of leading architects, Israel Prize winners and professors of architecture who have gone from failure to failure with the greatest success, supported by a conspiracy of silence and misplaced tribal loyalty. Architectural and urban design horrors such as the Ramot Polin residential complex and the Gilo Absorption Center in Jerusalem, the “new” Tel Aviv bus station and Kikar Atarim – urban slums all – were designed by recipients of the Israel Prize. A professor of architecture at the Technion designed the Panorama Center’s twin towers on Haifa’s Carmel ridge, a project dwarfing all of its neighbors. Judging by the recent comments of leading architects in defense oftheir work at Holyland, there has been little appreciation of the sizeand depth of the ethical crisis, little sign it has been internalized.Until it is finally confronted, there can be scarce hope for architectsto regain the ground they have lost. Hanging in the balance is thefuture of their profession.To be sure, the ethical crisis in architecture is world-wide and notthe privilege of Israel alone, yet this should be of little comfort.Israeli architects can ill afford another Holyland.
Let’s get it right, right here, right now.The writer is an architect and town planner in Jerusalem.
Advertisement
Subscribe for our daily newsletter