Are you an avid Lego lover and collector? Legos are very collectible, and there are specialized sets for collectors interested in art, Star Wars, architecture and so much more. 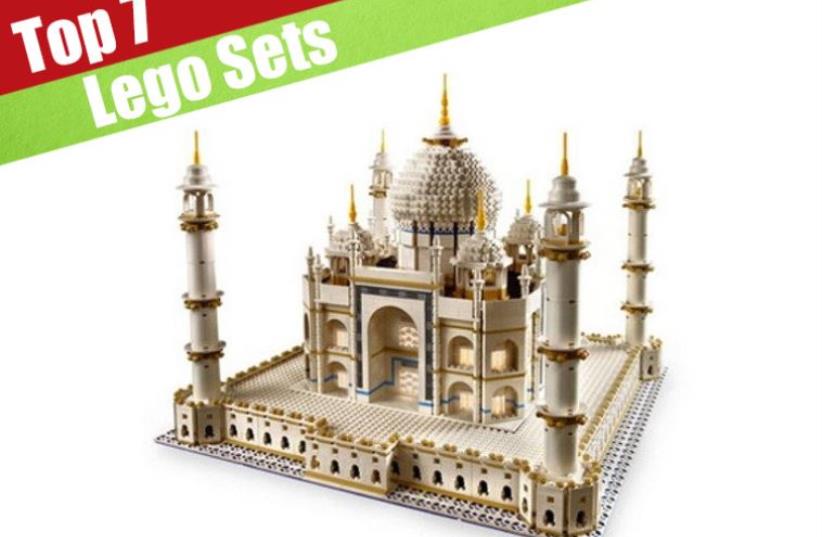 7 Most Expensive Lego Sets Every Lego Collector Wants
(photo credit: PR)
Lego collectors and enthusiasts just can't wait to get their hands on the next most expensive Lego sets and pieces. The one-of-a-kind platinum Avohkii mask of Light from the discontinued Lego Bionicle line is believed to be the most expensive Lego piece ever sold, selling for a whopping $15,000 in 2012, according to Press Democrat. Lego collectors are imaginative, inventive people who are fascinated by building and creating masterpieces from the best Lego sets they can find. So, are you a Lego collector on the hunt for the next best Lego set? Well, we've done the research for you and have listed the 7 Most Expensive Lego Sets available today:

The Taj Mahal is the supreme ruler of the most iconic images of India. This magnificent building is ideal for a Lego replica because the four sides of the structure are perfectly identical, creating a mirrored image on each side. Here, the architectural elements of self-replicating geometry and symmetry come into play.
For Lego collectors seeking the best and most expensive Lego sets, this set is one to get your hands on. One customer wrote, "This is my favorite so far. It was great seeing this fully [built] and sitting majestically on the cabinet. My friend suggested it may need some lights. Next time I put it together I may try adding a few light bricks inside so there will be a bit of a glow from it." He may be referencing the fact that the Taj Mahal takes on different hues according to the time of the day; a pinkish color in the morning, a milk white in the evening, and a golden color at night.Buy from Amazon 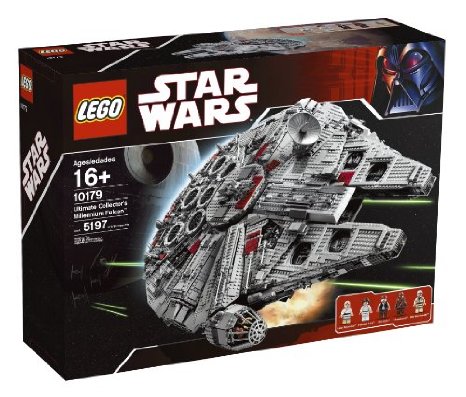 Whether you're a huge Star Wars fan or not, the name "Millennium Falcon" has definitely crossed your eardrum. Originally a cargo vessel designed to lug around cargo until it was heavily, and illegally, modified to become the ship everyone now knows to be modest, but very powerful. For the Lego collectors looking for the best Lego Star Wars sets, this one is a steal. Many reviews of the product state that the finished product, "… looks exactly like the Millennium Falcon. Every little detail visible in the movie is present on the model."
Holding the record for the biggest LEGO Star Wars model ever made at 5,195 pieces, this space-style Lego set has earned its place in the hearts of all Star Wars and Lego fans around the world. Also included with this set are 5 iconic Star Wars Lego figurines: Luke Skywalker, Princess Leia, Han Solo, Chewbacca and Obi-Wan Kenobi.

From her crown to her torch, The Statue of Liberty is an iconic monument and symbol of freedom from tyranny, financial hardship, and suffering for many immigrants since the late 1800's. She was given to the United States by France on October 28, 1886 as a gift for the centennial of the American Declaration of Independence.
This Lego set is not only one of the top runners as far as expense is concerned, but it is also one of the best and well-sought Lego sets because it's so symbolic of what everyone wants - freedom. Adult Lego collectors want the freedom to relish in their love of crafting, and building things, they believe, represents their values - the adult-level appreciation of things such as freedom, as well as the childhood wonderment of creating something from nothing that's so spectacular and momentous.
Buy from Amazon

Aye, Lego mateys! When it comes to purchasing this amazing ship, Lego collectors and pirate lovers are ready to 'walk the plank' and dive in. Released in 1993, this set includes a large three-masted pirate ship, nine pirate figurines, a rowboat, a shark, and much more. This ship is armed with four cannons that are mounted on turntables that slide from port to starboard. Included on either side of the poop deck are two smaller non-functional cannons.
Also known as Dark Shark II or Black Skull, this Lego set is pretty detailed as the aftcastle can be accessed by opening its sidewalls as well as detaching a piece of the poop deck. You can also move the rudder by turning the steering wheel! One customer wrote, "…there is no set that can beat the Skull's Eye Schooner." This set is definitely in the running to be one of the best Lego sets because it has a plethora of cool features such as a compass next to the steering wheel and an odd postbox where you can find a glass and a gun.
Buy from Amazon 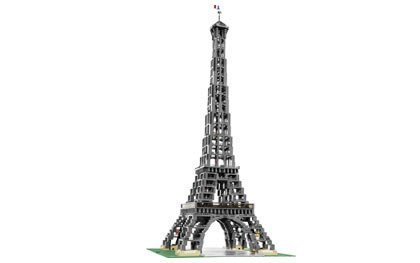 Making the list as one of the 7 most expensive Lego sets, this stunning model of the Eiffel Town was released in 2007 and is built to 1:100 scale from the original blueprints. This set includes realistic and enchanting features and details such as a flag at the top of the elevators, four lifts toward the bottom of the tower that transport figurines from the base to the center section, and a small, brick-built French flag. It holds the record for the tallest Lego structure produced into a set and contains over three-thousand pieces!
Lego collectors who are interested in the best Lego sets that resemble such fantastic and historical monuments say that this set is a must have. One customer stated, "I've been a Lego fan since I was a child and bought this product the moment I saw it. It took about 10 hours to complete. The final product is very tall (box says 42" tall, but mine measured about 45") and absolutely beautiful."
Buy on Amazon 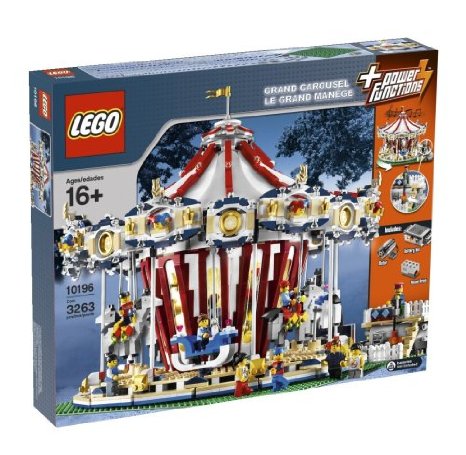 This Creator Carousel Lego set is one of the best Lego sets, and is nothing less than amazing. It should be considered a must have for all serious Lego collectors. The carousel is not just a display piece because it really spins and plays music while the intricately detailed horses and swing boats move up and down! This expensive Lego set also comes with nine figurines and over three-thousand pieces.
This is a set to be coveted and one customer wrote, "The construction itself was not difficult (I am an adult), and the pieces in it are amazing. The jester heads and gold pieces alone make this set really fun. Add the power functions (this was my first power function set) and the music and it is unbelievable! The set is built so that when you turn on the motor and the carousel spins, the music will start by itself."
Buy on Amazon 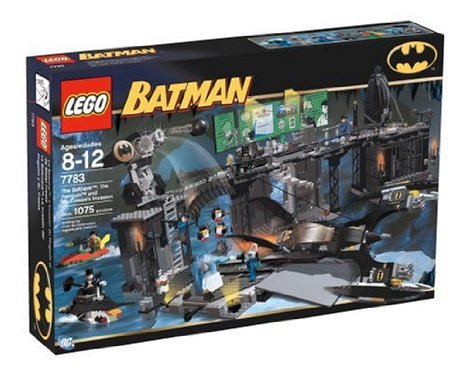 "Holy Lego set, Batman!" as Robin would probably say following the purchase of this awe-inspiring Lego set. This Lego set is one of the best around, with an array of detailed pieces and intricate designs. Some of the pieces included in the set are Alfred the Butler, Batman (black suit), Bruce Wayne, Robin, Mr. Freeze (with complete weapon assembly), Mr. Freeze's Henchman, The Penguin, Robin's jet-ski, the Batblade ice sledge, and the Penguin's submarine.
For the Lego collectors who love Batman, this set is to die for because it includes more than figurines and vehicles. This set also comes with Batman's high-tech Bat Cave features control center, prison cell, and rocket and net launcher as well as other working gadgets like the costume transformation chamber.
Buy from Amazon

Since the company's beginning in 1932, Lego has grown to be the world's third largest toy manufacturer, and for good reason. No child or adult can resist creating their favorite monuments, figurines, ships, carousels, and many more! As for the Lego set collectors who love Star Wars, the Millennium Falcon set will keep your Jedi impulses at bay while you're out in public. If you prefer Batman, then "Holy Cow!" you have to allow yourself to have a ball with the Batcave set! If you just want a good 'ol pirate-ey time, then land your ship and drop your anchor on the Skull's Eye Schooner set. Interestingly, the Lego name is derived from the two Danish words "Leg" and "Godt," which means "play well," and so you should.

Ehud Olmert to 'Post': Rosh Hashanah is Without joy or hope By EHUD OLMERT
Trumping Palestinian lies and Tehran’s agenda By RUTHIE BLUM