Off The Beaten Track: Glorious trees

Celebrate Israel's greening by visiting the Lower Galilee and learning the history of a famous oak tree.

Happy is the man that hath not walked in the counsel of the wicked, nor stood in the way of sinners, nor sat in the seat of the scornful.But his delight is in the law of the LORD; and in His law doth he meditate day and night.And he shall be like a tree planted by streams of water, that bringeth forth its fruit in its season, and whose leaf doth not wither; and in whatsoever he doeth he shall prosper
(Psalm 1:1-3). 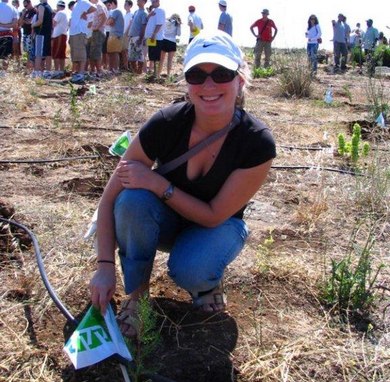 (Joe Yudin)Trees play an important role in Jewish thought, writing and religion. From the times of the Bible through today, the tree, respect for the environment and the general greening of the earth, have been important to the Jewish people. Anyone who has stood at any of the borders in the State of Israel can clearly see the delineation of those borders by a "green line." The Zionist mandate to green the state has indeed succeeded. Israel is in fact the only place in the world where the forests are growing and the deserts are shrinking. In large part, this is due to the efforts of the Jewish National Fund (JNF) to collect funds from both Israelis and Diaspora Jews in order to plant trees over the last century and into the twenty-first century as well. 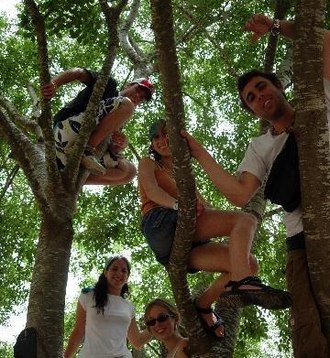 Celebrating IsraelThis Tu Bishvat weekend, the holiday of the "New Year of the Trees," let us head into the JNF forests, national parks and also the wondrous biblical landscape park of Neot Kedumim. Here, we can truly celebrate both Tu Bishvat and the masterful success of the reforestation of the Land of Israel. This Tu Bishvat I would like to tell the story of one particular tree that is found in this area.Take the Coastal Highway (Route 2) heading north, exit at the Caesaria/Afula ramp and head towards Afula via Route 65. Pass through Wadi Ara and Afula, continuing along Route 65. Between Kibbutz Dovrat and the First Aliyah village, Kfar Tavor (est. 1903) you will see Mt. Tavor on your left as you enter the Lower Galilee. This stretch of road is one of the most beautiful in Israel at this time of year. See if you can spot the almond trees and notice the different types of orchards along this drive. Soon you will pass the Kaduri School; at your next junction, turn left towards Beit Keshet and park by the giant Tabor Oak just past the junction on your left.In 1799, local legend states that Napoleon and his army camped near this tree before the "Battle of Mt. Tabor." Indeed there is a Napoleonic era drawing, apparently showing this tree in front of the Merchants Inn whose ruins indeed lie across Route 65. A nearby Arab market was said to be in this area and traders would stop on their journey between Damascus and Cairo, stopping under the shade of this tree to camp and rest.During the British Mandate period, a boy named Yigal Paicovitch grew up in the nearby village of Kfar Tavor. His relatives were farmers, and they owned the land surrounding this tree, which at the time was used for planting wheat. When Yigal turned thirteen, his father sent him to the field just before the harvest to guard the wheat, telling him, "Don't shoot. If you kill you can drag us into a blood feud." Yigal hid behind this tree and soon enough, some Bedouin came to reap the wheat. As the young boy fired a few shots into the air, his father showed up screaming at the thieves, chasing them away. While his father had sent him to guard the family fortune for the first time, he had not sent him out alone. Yigal, would later change his last name to "Alon," meaning "oak tree" in Hebrew. He would then go on to become one of Israel's greatest generals.From this historical spot, you can continue to follow the road to Old Beit Keshet, where in 1944, fifty Palmach veterans, founded the kibbutz. Check out the buildings and the watchtower, then head into the Beit Keshet forest on a picturesque road created by the JNF. Cars can drive slowly along the road. Here you can see a wealth of both planted and endemic trees. Don't forget the picnic basket! Joe Yudin became a licensed tour guide in 1999. He completed his Master’s degree at the University of Haifa in the Land of Israel Studies and is currently studying toward a PhD.
Advertisement
Subscribe for our daily newsletter