All Out Adventure: Hiking ancient agriculture

A new column: Explore some of the country’s best hiking options with tips on how to make the most of your visit.

By TOURISTISRAEL.COM STAFF
Sataf 390
(photo credit: Flavio Grynszpan)
Advertisement
Tourist Israel is Israel’s “cool” travel guide.Just a few minutes’ drive from the outskirts of Jerusalem through the beautiful pine forests of the Jerusalem Hills and you will come to Sataf, a site that has become one of the most popular spots for Jerusalemites looking to escape from the city for some nature. And with its choice of hiking trails, beautiful setting and relatively accessible terrain, it’s no wonder why.Sataf was first settled some 6,000 years ago during the Chalcolithic Period. Some 1,500 years later, the inhabitants began terracing the steep slopes of the hills to create land which could be used for agriculture, moving large amounts of the rocky earth to create small platforms upon which they grew grapes, olives, figs, and pomegranates.Despite an eventful history, these terraces remain today, and efforts are being made by KKL-JNF to use them for organic, cottage-style agriculture in much the same way they were used thousands of years ago. As well as this, the terraces provide accessible terrain for hikes, and it is for this reason that Sataf has become so popular with hikers of varying ages and abilities who take advantage of the many opportunities the trails here offer, from an intermediate family hike to a more advanced hike. 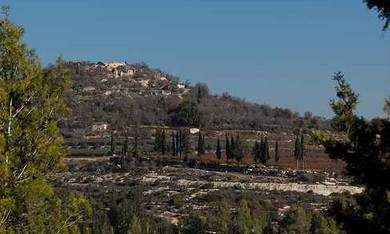 (Flavio Grynszpan)There are in total, five hiking trails at Sataf which work in unison to provide visitors with various options or a circular walk starting from the main entrance and car park.For a circular walk, head out on the blue trail passing through olive groves, past the well, and a cave that was once inhabited. You will see the excavations of a Chalcolithic site which has the oldest traces of agriculture in the region, and the plots which are being used today to grow organic vegetables and herbs. As you continue along the hillside you will pass an ancient olive press and enter a pomegranate orchard, eventually reaching Ein Sataf and Ein Bikura, which are ruins of ancient and more modern settlements here. 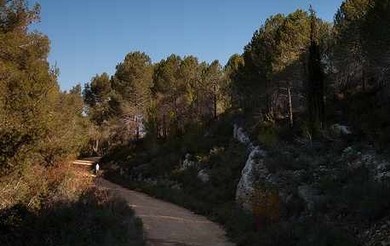 (Flavio Grynszpan)Continue onto the green trail back up the hill (you can take the green trail in the other direction, down towards the Soreq Stream), passing cultivated plots, ancient forests, and other sites of beauty, before arriving back at the start point and the upper car park.How to get there:
-Sataf is located a few minutes from Jerusalem. Head out of the city, taking road 395 via Ein Kerem to Sataf Junction. From the Coastal Plain, either turn off Route 1 at the Harel Interchange, and continue to Kibbutz Tzuba via Moaz Zion on Route 3965. Alternatively take Route 395 from Eshtaol Junction via Kissalon, Ramat Raziel, and Tzuba. These three routes merge at Sataf Junction, from where the entrance to the site, parking lot, and trails are signed.Information and opening hours:
- Sataf is free to enter and open during daylight hours.
-There is a great café at the site, a great place to cool off and relax after your hike.
- Alternatively if you prefer, there are benches along the trails for picnics. At weekends and during holiday periods Sataf can become busy, although this is the price of beauty.
-Telephone: (02) 642-8462
Tourist Israel provides ideas for what to do in Israel, Israel tours, hotels in Israel, and events. It aims to be a resource for everyone whether they are planning their first visit to Israel or are a seasoned resident.