The best of Arabic music showcased at the Jerusalem International Oud Festival.

By LOREN MINSKY/ ITRAVELJERUSALEM.COM TEAM
NOVEMBER 9, 2011 17:44
Oud band playing 311
(photo credit: Ilan Besor)
Advertisement
The Oud, a Middle Eastern string instrument resembling a guitar, and other ethnic instruments will come alive at the 12th annual Jerusalem International Oud Festival that begins this week. The festival explores traditional Arabic music and draws together diverse traditions and talented artists.The opening performance on Thursday evening takes place at the Jerusalem Theater, and features contemporary Israeli star, Meir Banai, who adapts his classics in the spirit of the festival. His show includes an Oud player and a combination of rock, ethnic music and traditional piyyut.The festival began as a simple two-day event twelve years ago and has grown considerably since then. It has, however, been downscaled this year as a result of the European Union withdrawing considerable funding from all cultural events in Israel, including the Oud Festival. 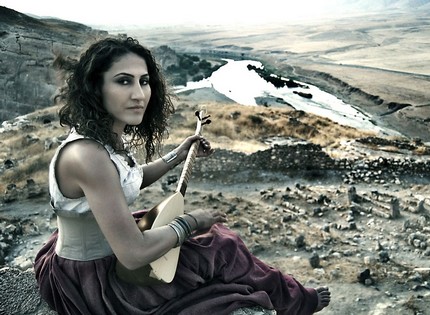 Despite this, the artistic director, Effie Benaya, promises the same high level of music. Each year, the festival showcases new sounds of far-flung cultures and re-ignites local sounds that often go unheard. “The audience can enjoy songs of the Kurdish minority in Turkey, sounds from the Mediterranean basin and music by the finest Jewish and Arab musicians in Israel,” says Effie. “There will also be tributes to the great musicians who are no longer with us but whose enormous contributions continue to enrich our lives”.One such tribute is to Greek Jewish vocalist, Rosa Eskenazi, the premiere diva of Rebetiko (Greek blues), marking the thirtieth anniversary of her death. Eskenazi’s songs will be performed by Martha Frintzila from Greece (renowned for her performances with Haris Alexiou), Mehtap Demir from Turkey and Yasmin Levy from Israel. The show will include segments from My Sweet Canary, a recently
released biography on Eskenazi’s life.This year’s festival has a strong focus on women. Israeli-Arab singer Amal Murkus will perform songs from her new album which critics refer to as ‘one of the revelations of this year’. There will be an evening with Israeli composer and singer Esti Kenan Ofri featuring contemporary poetry set to music.Turkish singer Aynur Dogan will present her arrangements of Kurdish songs, an artistic-political statement in a country whose leadership forbade Kurdish music for many years. Aynur’s original songs have strong folk, Middle Eastern, Persian, Indian and Andalusian influences.Other highlights include a premier of new works and songs by composer Mark Eliyahu, kamanche and baglama genius, with new arrangements of works by his father, composer and tar player Piris Eliyahu. Lyra player, Stelios Petrakis; oud, rebab and guitar player Efren Lopez and percussionist Bizhan Chimirani weave together Mediterranean and Middle Eastern music. The audience will also
be treated to music by Violet Salameh and soloists of the Tarshiha Orchestra and by Taiseer Elias, virtuoso composer, oud player and violinist. 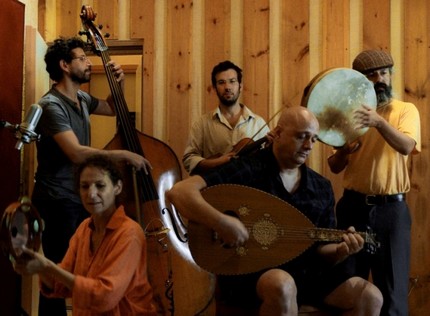 Despite fear of pressure on international performers to cancel their participation and threats to Israeli- Arab artists performing in the festival, all are confirmed to take part.Six events of this year’s festival will be recorded by the BBC and will be broadcast on BBC Radio 3’s “World Routes show” that reaches millions of listeners. British-based magazine, Songlines, will dedicate one of its upcoming issues to the festival. One of the broader aims of the festival producers
is to bring people together through poetry, music and dance. The Oud Festival certainly achieves this.The Oud Festival takes place between 10th and 19th November at Confederation House, Jerusalem Theater, Beit Shmuel and Khan Theater.iTravelJerusalem.com is a new online international travel portal offering all the latest information on things to do, places to eat and places to stay
Advertisement
Subscribe for our daily newsletter