Sights and Insights: The Western Wall—A symbol of hope

Dr. Wayne Stiles explores the biblical significance of the Kotel, the relevance it has to Independence Day and how to make the most of a visit.

By WAYNE STILES
MAY 9, 2011 16:17
Kotel 311
(photo credit: Wayne Stiles)
Advertisement
Wayne Stiles is an author who has never recovered from his travels in Israel—and loves to write about them from his desk in Texas.Many of the trips I have taken to Israel have found me in Jerusalem on Yom HaAtzma'ut, Israel’s Independence Day. I’ll never forget one year in particular. RELATED:
How are you celebrating Yom Ha'atzmaut? On the week of the holiday, I stood in the Western Wall plaza and watched a ceremony inducting new soldiers into the Israeli Defense Force. It was night, and military tripods supported propane torches that lit the plaza, illuminating Israel’s flag that flapped high above the pavement. 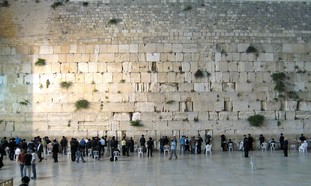 The Kotel. Photo: Wayne StilesThe ceremony began with a trumpet fanfare as dozens of young men and women stood at attention in crisp, tan uniforms and black berets. The saluting soldiers sang with passion Israel’s national anthem, “Hatikvah” (“The Hope”), while the loudspeaker provided the music. The translated lyrics move me every time I hear them.  Soft renditions of “Hatikvah” continued to play while the name of each soldier in turn was amplified across the plaza and echoed off the Western Wall. It seemed especially poignant that the ceremony occurred in front of the Western Wall, a remnant of the first-century retaining wall that supported the Second Temple. For almost two thousand years—since AD 70—the temple has remained destroyed. But just as Scripture predicted that it would fall, so also it promises that it will rise again one day (Ezekiel 40-43; Zechariah 6:12-15; Matthew 24:1-2; 2 Thessalonians 2:4). I remember a televised concert commemorating the seventieth anniversary of the Israel Philharmonic Orchestra. Although the ensemble bore the name, “Palestine Philharmonic Orchestra” for eleven years, they changed it when Israel became a nation on May 14, 1948. After David Ben Gurion declared Israel’s independence in accordance with the United Nations’ new resolution, the Israel Philharmonic performed “Hatikvah” as the new nation’s anthem. 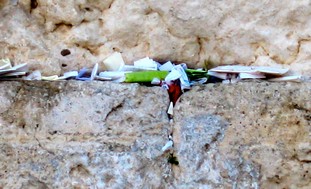 The Kotel. Photo: Wayne StilesIn a taped interview, the late Isaac Stern recalled his first visit to the Western Wall after the Six-Day War in 1967. The celebrated violinist had just participated in a concert on Mount Scopus to celebrate the newly reunified Jerusalem. For the first time since the Bar Kohba Revolt in A.D. 132, the Jews controlled all of Jerusalem. Stern said that he and the other musicians scrawled prayers on scraps of paper and wedged them in the cracks of the Kotel. “I put my prayer in the Wall as others did,” Stern remembered. “But my prayer has not yet been answered,” he added, “I prayed for peace.”The Western Wall always evokes emotions for me when I visit. As the ancient remnant of the Temple Mount that once was, the Wall also reminds me of a Temple that will be—and of the age of peace the Bible promises will come one day. 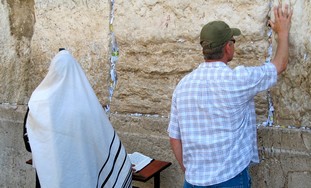 The Kotel. Photo: Wayne StilesWhat to Do There: When you come to the Wall, “pray for the peace of Jerusalem” (Psalm 122:6). On May 10 a siren will sound for one minute at 8:00 p.m. During this time, Israelis will stop whatever they are doing and stand in silence. How marvelous to experience this at the Western Wall. For men, be sure and bring a hat when you pray at the Wall, or you will be issued a loaner yarmulke. How to Get There: In Jerusalem, enter the Dung Gate and pass through the security directly into the Western Wall Plaza. Read Wayne’s blog and subscribe to his weekly Podcast at www.waynestiles.com.We are interested to know how you plan on celebrating Yom Ha'atzmaut. Please send us pictures of any barbecues, street parties or concerts that you will be attending to lifestyle@jpost.com.
Advertisement
Subscribe for our daily newsletter