Apart from establishing a state for the Jews, the great dream of the journalist and jurist Theodore Herzl was for the Burgtheater in Vienna to present his plays. At that time, it was the most important theater in all of the German-speaking countries and perhaps in all of Europe. Herzl received this honor once, with only partial success.

Before Corona, the Israeli embassy in Austria fulfilled Herzl’s dream, as he had often expressed in his diaries, and held a cultural event at the Burgtheater in which his writings were read and excerpts from a play about his life, written by playwright and writer Savyon Liebrecht, were presented. Liebrecht also participated in a panel at the event. 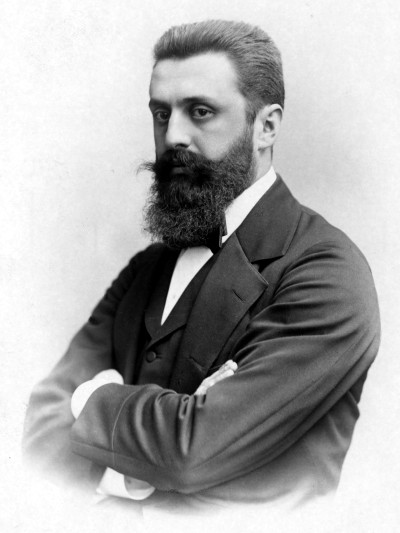 Israeli singer-songwriter Danny Robas was the guest musician who accompanied the evening.

The Israeli Ambassador to Vienna at the time, Talia Lador-Fresher, together with her deputy at the time, Hadas Wittenberg, approached theater playwright Florian Hirsch in 2017 and interested him in creating a tribute to Herzl, the visionary of the State of Israel.

Hirsch, who visited Israel as part of the Isra-Drama events, designed to expose Israeli drama to the international theatre community, was enthusiastic about the idea and produced this special evening.

The event was part of the theater’s official annual program and more than 150 people attended.

* Isra-Drama is a joint Ministry of Foreign Affairs and Ministry of Culture and Sport initiative to expose the Israeli drama to the international theater community and is produced by the Hanoch Levin Institute of Israeli Drama.