The Israeli Embassy in Argentina partnered with the recently concluded 23rd BAFICI International Film Festival in Buenos Aires to present a retrospective of the work of the acclaimed Israeli documentary director, David Fisher.

Agustín Masaedo, BAFICI programmer, said, “…Perhaps here lies Fisher’s greatness as a documentary filmmaker— [he] always seems to find the right tone to bring out what we could call ‘truth’: the truth of the character, the truth of the image, the truth of a way of seeing." 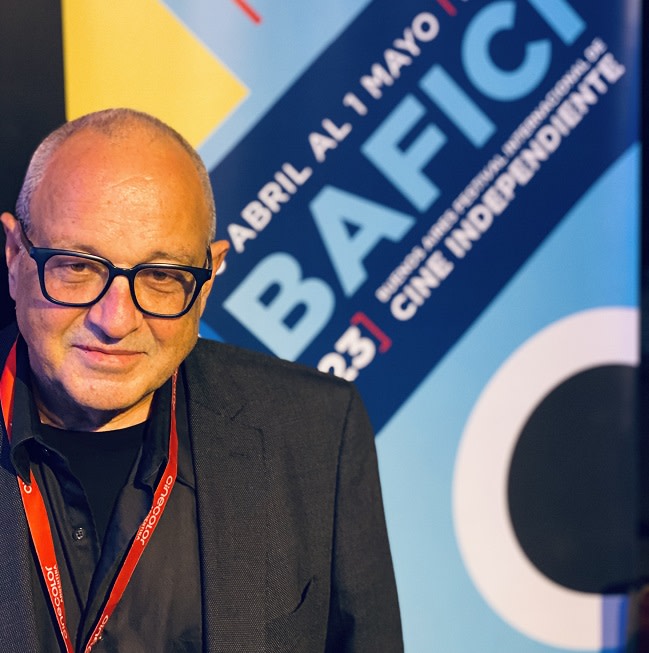 Fisher, who makes films about subjects to which he has a strong personal connection, gave a masterclass at the festival on the theme, "When the Private Meets the Public –

A Study of Autobiographical Work in Documentary Cinema.”

Fisher, the son of Holocaust survivors, grew up in the shadow of their trauma and grief, felt that was important to figure out how the number of six million Jewish deaths during World War II was arrived at and whether it was accurate, and this quest was the inspiration for his film, The Round Number. His journey to understand this number in depth took him 12 years and went far beyond statistics, leading him to examine historical and political questions that still resonate. Historians he interviewed challenged the accepted notion that the Nazis always kept detailed records of their victims – suggesting the possibility that the death toll may be even higher than previously thought – and explores fascinating questions of how a Holocaust death should be defined and when the Holocaust actually began and ended.

The Round Number, which many critics have hailed as Fisher’s best film, was produced by the Oscar-winning American documentary director Errol Morris, who said, “It’s politically incorrect. It’s perverse. And, at the same time, strangely and powerfully moving.”