In 1977, Israeli basketball team Maccabi Tel Aviv amazed Europe with its stunning victory over basketball powerhouse CSKA Moscow. Israeli director Dani Menkin showcased the story in his acclaimed documentary “On the map.” “On the map” was one of the movies that Menkin presented during his month-long tour in movie theaters, churches, and international film festivals across the world, addressing a diverse audience including African-Americans, Christians and Jews.

“I'm very honored to be touring with my films to different demographics and showing them the Israeli story from an angle they have never heard of,” the director said. “We are excited to continue doing so!”

The title of the documentary was inspired by remarks of basketball star Tal Brody, an American-Israeli former professional basketball player and current goodwill ambassador of Israel. Brody was drafted #12 in the NBA draft, but chose to pass up an NBA career, to instead play basketball in Israel. He played on national basketball teams of both the United States and Israel and served in the armies of both countries. After Maccabi defeated the mighty Russians in the semifinal of the FIBA European Champions Cup (now called EuroLeague) championship, Brody famously said: “We are on the map! And we are staying on the map – not only in sports but in everything.”

The Israeli team would go on and win the championship. 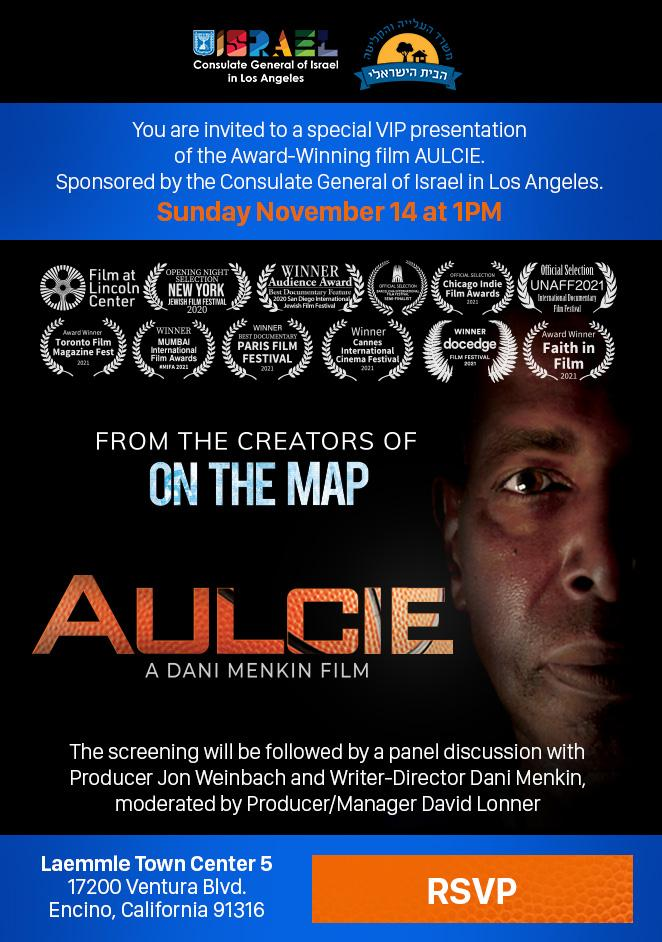 Brody accompanied Menkin on the tour, together with Aulcie Perry, another member of the 1977 legendary team whose story was featured in another movie by the director, “Aulcie.”Aulcie tells the inspiring story of Aulcie Perry, a basketball legend who led Maccabi Tel Aviv to an upset win in the European Championship. This inspiring film tells the story of this remarkable athlete who captured the spirit of a nation, triumphant and victorious against all odds, and put Israel on the map.Here’s the trailer:

“I have seen the wonderful responses from the various denominations, ethnic and racial groups of the Jewish and Christian audiences to the ‘On the Map’ & ‘Aulcie’ movies from traveling as far as to San Paulo, Brasil to Mexico City, throughout the USA and to China,” said Brody. “Both movies are a tremendous asset to Israel’s Public Diplomacy program and ‘worth their weight in Gold’.”

In 2005, Menkin’s documentary “39 pounds of love” was shortlisted for the Oscars. The movie was also screened during the director’s international tour. It portrays the story of Ami Ankilewitz, who was born with spinal muscular atrophy - an extremely rare and often fatal condition that limits physical growth and movement. Despite the odds, and his doctor’s predictions, Ankilewitz managed to brave the illness for over 40 years and become a 3D animator.

“As a storyteller, there is a fountain of inspiring stories, which we bring from Israel, that can touch people's lives, and possibly, change some of the narratives they have,” Menkin said.