Israeli singer and musician Riff Cohen made her debut in India in October, bringing her fusion of Algerian folk (Rai), Middle Eastern urban rock, and North-African folk to Jodhpur’s Rajasthan International Folk Festival (RIFF). Her visit was supported by the Embassy of Israel in New Delhi.

“All my life people told me, ‘how come you haven't been to India?’ They said it would be a perfect place for me and trust me, it turned out to be true,” said Cohen, speaking to Hindustan Times. “I feel like I'm meeting my roots from the past.”

Jodhpur RIFF is a not-for-profit roots music festival endorsed by UNESCO as a "people’s platform for creativity and sustainable development”. The event coincides with the Indian holiday of "Sharad Purnima," marking the brightest full moon of the year in northern India. The festival is supported by Mick Jagger, front man of the Rolling Stones, who serves as its international patron.

“We are extremely happy to have an Israeli musician performing her debut in India this October,” Israeli Ambassador to India Naor Gilon said. “It is a great opportunity for opening doors for multiple cross-cultural initiatives. Riff Cohen is a renowned musician whose work has been appreciated by many internationally. We hope that the Indian audience will appreciate her work. This is another building block in the partnership between our two nations.” 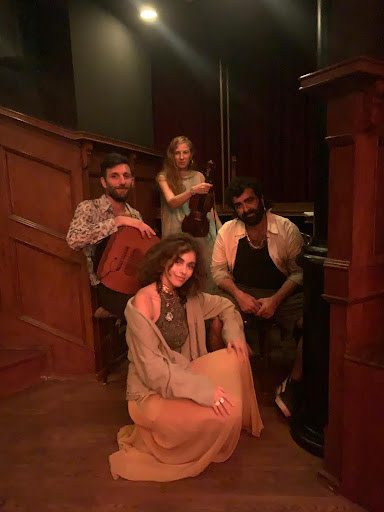 The singer’s visit was part of the initiatives to mark thirty years of full diplomatic relations between India and Israel.

Born in Tel Aviv in 1984, Riff released her first album during an artist residency at Cité des Arts and filmed her music video for her single ‘A Paris’ in 2010, which received critical acclaim in Israel and abroad. In 2020 she released her third album ‘Quelle Heure Est-Il’ via a ‘Zoom’ concert with over 5,000 viewers.

An emerging star on the world music-indie scene, Riff sings in Hebrew, Arabic, and French.

Her focus is driven towards finding a new rhythm, across extremities of different types of music - from classical to indigenous African beats.

In India she also performed at the Piano Man Jazz Club, thanks to Arjun Sagar Gupta, the musician and the man behind the successful club in New Delhi.

“The modern yet very cultural essence of Delhi is something I will take back with me for sure,” said Riff. “Delhi’s audience respects all the different kinds of music and musicians. Such was the beautiful response that I would love to bring my kids with me the next time I visit here.”