Several different proposals authored by the Israeli company, Psy-Group, have been discovered. One was to use fake accounts to sway thousands of delegates. 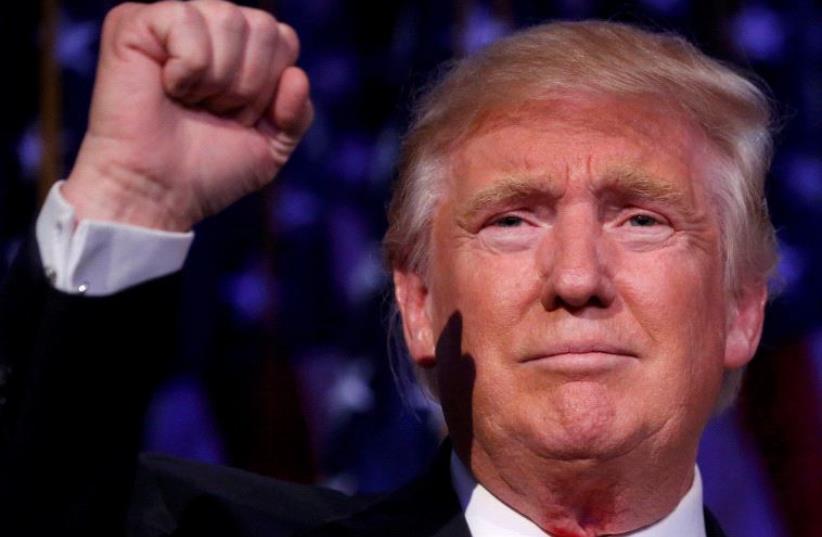 Donald Trump speaks at his election night rally in Manhattan
(photo credit: REUTERS)
Advertisement
One of President Donald Trump's campaign aides, Rick Gates, asked an Israeli firm to make fake identities online and use social media to manipulate and gather intelligence in order to beat other Republican candidates and Hillary Clinton, the New York Times reported on Sunday. Several different proposals authored by  the Israeli company, Psy-Group, have been discovered. One was to use fake accounts to sway thousands of delegates from voting for US Senator Ted Cruz. Another proposal offered "complementary intelligence activities” on Clinton. A third proposal included a plan to boost divisions among rivals via social media. The plan used code names for all the relevant players. Trump was nicknamed "Lion." One of the documents suggested “tailored third-party messaging” aimed at undecided voters, suburban females and minorities. The price for Psy-Group's services was set at more than $3 million USD, according to the report. Currently, there is no concrete evidence that the Trump campaign made use of any of the proposals, according to the Times. However Donald Trump Jr., Trump's eldest son, met with Joel Zamel, Psy-Group's owner in 2016. Zamel and George Nader, an emissary from the United Arab Emirates who was at the meeting with Trump Jr., gave different accounts as to whether Zamel ever implemented his proposal. Nader paid $2 million USD to Zamel after the election, according to the Times. The FBI presented a court order to Israeli police and the Israeli Ministry of Justice to confiscate Psy-Group’s computers after  interviewing employees at the company. Gates was indicted along with former Trump aide Paul Manafort last year on multiple charges of financial fraud and tax evasion. Gates pleaded guilty this year, and is cooperating with the investigation.Psy-Group is now in liquidation.