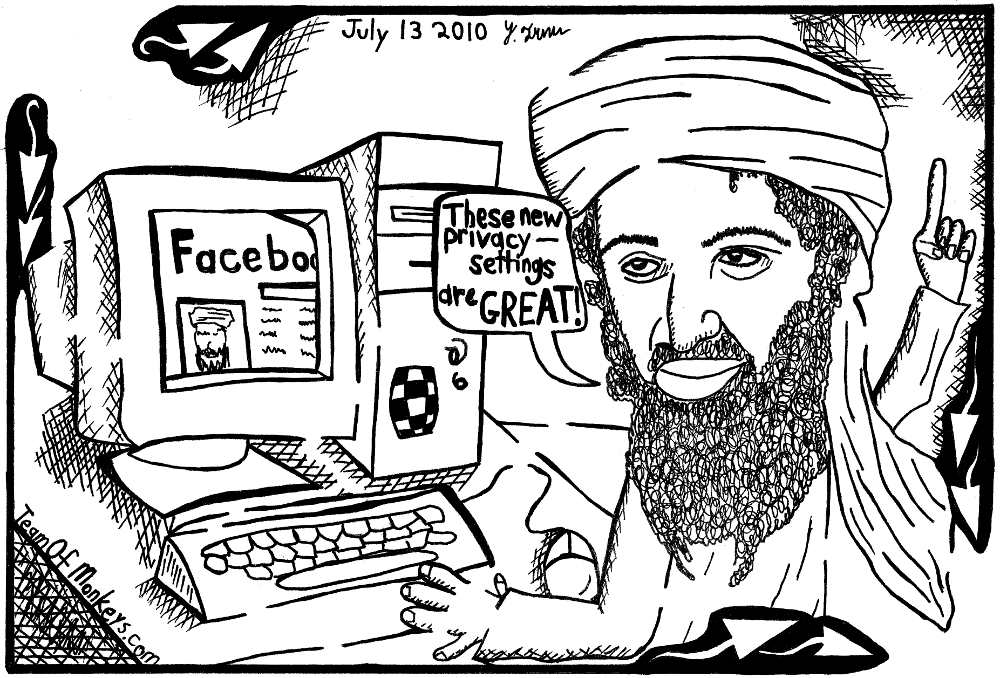 maze cartoon Osama been facebook by Yonatan Frimer maze artistMaze cartoon of Osama Bin Laden exclaiming, "These new Facebook privacy settings are GREAT!" as he sits in front of an old school computer with Facebook open.  Yonatan Frimer MazesClick here for a printable, hi-res version of this maze
Click here for the maze solution of Osama Been FacebookHa! Drew this maze-cartoon back in July of 2010, before "The Social Network" came out and before regular citizens of arab dictatorships figured out how to use facebook to really make a change in the world. Here is an article from back then:OSAMA bin Laden has a page on FacebookThe al-Qaeda leader is using it as a platform to show videos and speeches to Islamic militants.His address is given as "the mountains of the world". Last night, security experts urged Facebook''s US owners to shut down the profile page, named "The leader of the Mujahideen, Osama bin Laden."A Sun investigation revealed it became active less than a month ago but had already attracted nearly 1,000 extremists. Access is via the Taliban''s own Facebook presence.Although the language used is Arabic, messages in English have started to appear.Read more