Nechama Rivlin is currently being treated at the Rabin Medical Center where she is sedated and on a respirator.

By JERUSALEM POST STAFF
APRIL 4, 2019 08:29
President Rivlin and his wife Nechama greet Israelis in his Jerusalem Sukka.
(photo credit: Mark Neiman/GPO)
President Reuven Rivlin will leave Canada on Tuesday, cutting short his planned state visit due to his wife’s failing health, the spokesperson of the President’s Residence said. He is expected to land in Israel Wednesday morning. Nechama Rivlin is currently being treated at the Rabin Medical Center where she is sedated and on a respirator. "Nechama underwent a complicated lung transplant operation because of her medical condition. Since then, she has been undergoing a long and complex process of recovery," The statement read.Prime Minister Benjamin Netanyahu issued a get-well message on Twitter to the Israeli First Lady wishing her "a complete recovery together with all the citizens of the State of Israel."


Speaker of the Knesset Yuli Edelstein called for public prayers on Rivlin's behalf adding a quote from the Bible.

The 73-year-old wife of the president has been suffering from pulmonary fibrosis for several years and underwent a successful lung transplant at Beilinson Hospital in Petah Tikva two weeks ago. The operation, a highly complex procedure that took several hours, was performed by Professor Dan Aravot, Director of the Department of Cardiothoracic Surgery, and Professor Mordechai Kramer, Director of Beilinson’s Institute of Pulmonary Medicine. When US President Donald Trump came to Jerusalem almost two years ago and visited the President’s Residence, one of the most publicized photographs was of First Lady Melania Trump walking and holding hands with her Israeli counterpart with her oxygen tank. 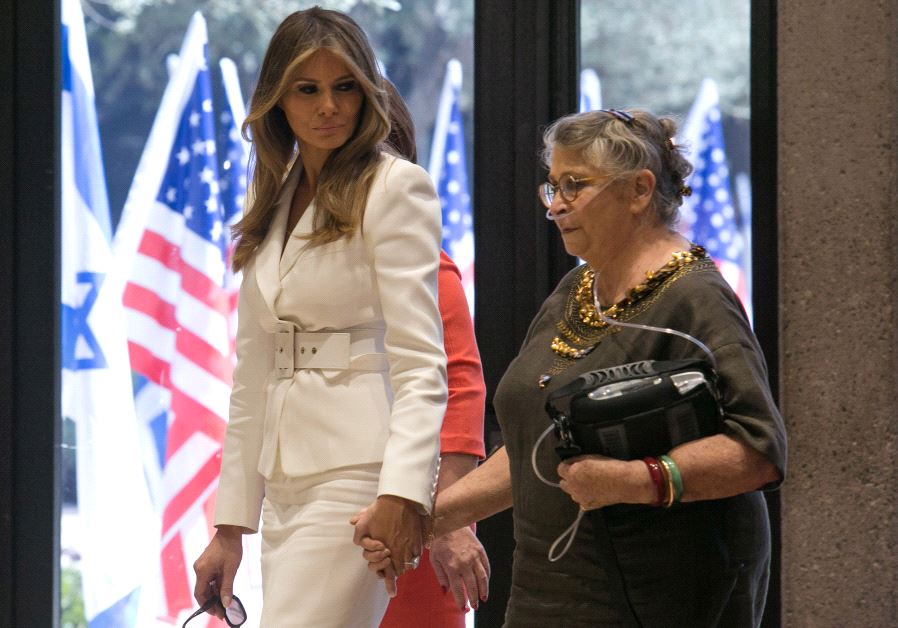 US first lady Melania Trump (L) holds the hand of Nechama Reuven, wife of Israeli president Reuven Rivlin, as they walk near American flags at Rivlin's residence in Jerusalem May 22, 2017. (photo credit: REUTERS) Born in Herut, a small moshav in Israel's Sharon region, that her parents helped found, Nechama Rivlin is the mother of three and grandmother to many. She earned a degree in Botany and Zoology and a Teaching Diploma from Hebrew University in Jerusalem.