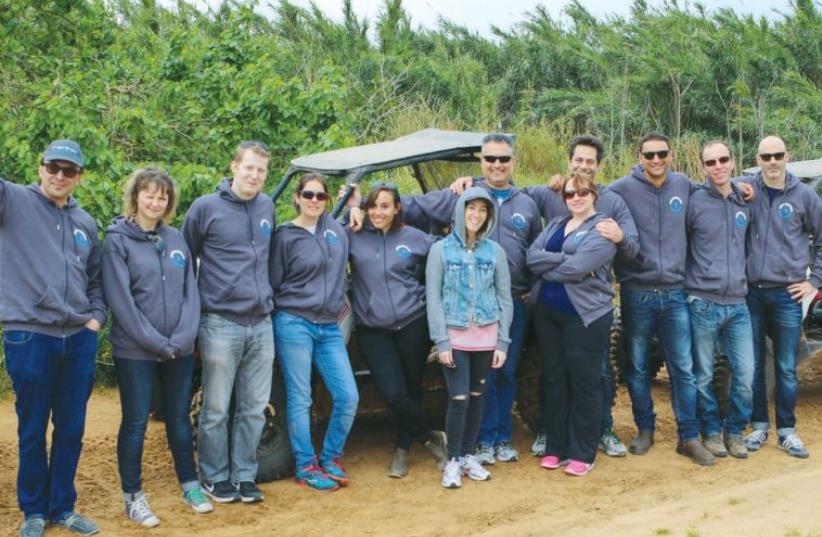 CEDATO IS an Israeli video ad-tech provider whose main goal is to offer clients simple setup and transactions and create increased revenue for participating publishers.
(photo credit: COURTESY CEDATO)
Advertisement
Innovative start-ups in the field of online video advertising are popping up like mushrooms after a spring rain, and yet they are still not enough to keep up with the billions of video ads that are viewed on cellphones, tablets and computers every month around the world.Established in 2015 without any outside investment, Cedato is an Israeli video ad-tech provider whose main goal is to offer clients simple setup and transactions and create increased revenue for participating publishers. Cedato has developed an open and independent video platform that works on a SaaS model, which makes money from the number of video transactions that pass through the system. This is quite different from other video ad-tech providers, such as arbitragers, which buy millions of online ads and resell them for a profit.Cedato is the fourth start-up founded by Cedato CEO Ron Dick, an experienced entrepreneur.The company currently employs 30 people in its Israel and New York offices. Dick’s previous company, Tabatoo, provides users with a monetization and distribution engine. It was acquired in 2014 by Somoto and is traded on the TASE.“The Cedato engine includes an advanced predictive technology that incorporates Big Data and powerful optimization engines,” Dick said in an interview. “In turn, this provides maximum quality content in real time, depending on the viewer’s profile. Cedato is a leader in native advertising, which combines the ultimate video experience and effective performance within natural digital content that can be viewed on any screen or device.”Sekindo opens New York office Sekindo is a digital platform for online video, display and mobile advertising. As a proprietary platform, the company helps publishers monetize any type of digital inventory.In addition, as a part of Universal McCann, Sekindo owns premium demand and the most cost-effective, largest reach in more than 500 direct publisher relationships.Sekindo has developed its own network technology for Web and mobile, as well as an advanced algorithm, thus creating a solid technological infrastructure that serves all platforms across Web, mobile and video. This allows publishers to place advertisements on all digital inventory, regardless of size or platform.In addition, the ad-serving technology and yield optimization delivers outstanding results for Web and mobile clients.“The opening of a New York office is a transformative moment for our company,” Sekindo co-CEO and cofounder Oren Berdichevsky said. “Having an office within the United States will not only solidify our status in the ad-tech industry, but it will give us the platform to put our clients first in every aspect.”The most complicated issue standing between companies and advertising their product is finding a publishing platform.For example, if you have made a video advertising your product, you have to figure out where to place your ad and how to size your video, among other issues.With Sekindo, videos are automatically fitted for both mobile and online formats and are matched to different types of video formats.Sekindo has also recently expanded to a new office in New York, with new hires bring the total number of employees to over 60.The opening of a New York office strengthens Sekindo’s established status as a major player in the US industry and provides it with a better stage with which to serve its customers.

If you run a young start-up, have developed an interesting app or have a question, please feel free to contact [email protected]