Israel’s Annual Programmatic Video conference will be held in Tel Aviv on May 18. It is the largest ad-tech event in Israel featuring leaders from the local ad-tech ecosystem. 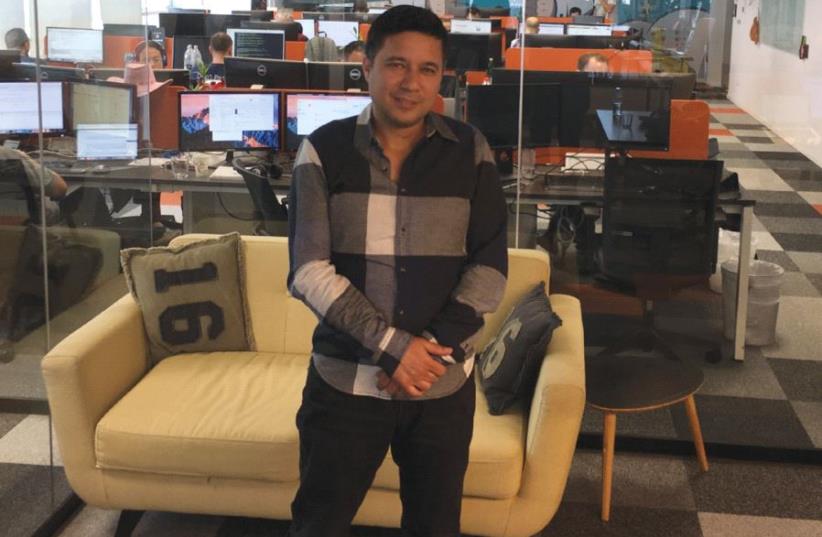 ZIV ELUL, CEO and cofounder of Inneractive, says his company’s ‘automated mediation succeeded in bringing high revenues and raising funds from VCs.’
(photo credit: ARIEL SHAPIRA)
Advertisement
Ad-tech (advertising technology) mergers and acquisitions have been on a roller coaster ride in recent years, and 2016 certainly didn’t let up. What should we expect in 2017? In 2015, public and private marketplace sentiment cooled, but 2016 saw a resurgence – more than 400 deals were made.The total disclosed deal value for 2016 was $24.2 billion, an increase of $9.6b. year-on-year. Looking to 2017, we expect deal activity to remain robust, driven by an ever-expanding buyer’s market, and the continued rapid innovation in the way we all consume media, research and make purchases.Ad-tech is the umbrella term for the software and tools that help agencies and brands target, deliver, and analyze their digital advertising efforts. It controls and manages the way advertising is bought and sold to help advertisers make better use of their budgets. Israel continues to produce leading ad-tech companies that are at the forefront of technology with many startups that are building products which cater to the digital and mobile advertising industry.The current market is shifting to programmatic advertising, a trading technology which connects buyers and sellers in an automated fashion with real automated time bidding.This year could be easily called the “consolidation year,” whereby small companies partner or get acquired by larger companies to stay afloat.Facebook, Google, Yahoo, Twitter and Baidu are considered the mega players in the ad-tech industry and comprise about 75% of the market, while the rest of the ad-tech companies struggle to survive in a very competitive market.In an interview I did with Ziv Elul, CEO and cofounder of Inneractive, we discussed the events that led to his company’s acquisition by RTNS, a German company: “Inneractive started as a mobile advertising in the old school mobile industry. We advertised in Nokia phones and managed to raise capital. We ran as an ad network but we realized that we need to think where the market will be in the next few years and plan our steps accordingly. Although we managed to attract big brands, we concluded that doing the work manually is not an effective solution in the long run. We decided to raise funds to elevate our technology and build an automated technology and we paid for that in equity.“Our automated mediation succeeded in bringing high revenues and raising funds from VCs was an important stepping stone for us at the right time, when we were small and agile.”What was unique in your activities? “We added exchange possibility to the app purchase field, which at that time was very rare. We enabled game app developers to monetize their apps and that led to extensive growth in our earnings.“Startups need to decide what their core business value is and what makes them unique, not just be a service-oriented company or a mash up of current technologies. A startup that wants to thrive in the ad-tech market needs to be able to have its own technology and create value.”What do you see next for the market? “Programmatic video is still not there. We believe that improved technological solutions can make companies more effective in the market and enable them to capitalize on their offerings, far beyond the survival mode.”Why did you decide to sell? “We were approached by companies that wanted to buy us in the past, but since we were in rapid growth mode, we were not in the right state for it. We opted to scale up and became profitable and received an offer from Israeli VCs for a $15 million investment, an offer which allowed us to proceed with our mission to invest in our international growth. We believed that even if we took the $15m. offered, it would still be difficult to stay competitive all by ourselves in this consolidating market. Working with our acquiring company, RTNS offered us a special synergy that made us that key player. We realized that if we were to be bought we should do it while we are strong, not when we don’t have a choice. The deal was financially profitable both for us and for our investors.“Inneractive was acquired by RTNS for $86m. Usually, when talking to CEOs of acquired startups, you tend to see them less enthusiastic once they start working for a large company. They quickly realize you can’t navigate the ship as fast as you want.Please tell us how you became a real part of the purchasing management team and how you were selected to be the CEO of the group in the upcoming year?

“The offer came from the purchasing company. They offered me a key role in the management team, and it made the decision to go ahead with the deal easier. I’m very happy that they believe in our vision. It’s not a typical offer and I think it shows the relationship we built with RTNS group and it’s a real vote of confidence.”Israel’s Annual Programmatic Video conference will be held in Tel Aviv on May 18. It is the largest ad-tech event in Israel featuring leaders from the local ad-tech ecosystem:Dvir Doron, CMO and BDO form Cedato, created an open Video Operating System that delivers a unique native video across any screen and content. Doron says: “In an era of video-first, there’s a host of new programmatic video technologies developed by talented Israeli start-ups. This vibrant local market is helping publishers and advertisers leverage video in an increasingly complex environment. Over the last few years, the market was skewed in favor of advertisers, but times are changing, with greater transparency. New programmatic technologies and market dynamics are reshaping the video value chain with greater balance.”Tzahi Stein, CEO and cofounder Positive mobile, an outstream mobile video Supply-Side Platform, says: “We’re excited about the future of programmatic video because of the tremendous growth video is experiencing as well as in the new ways users can engage with video content. “By creating innovative ad units beyond the banner and the pre-roll, as we do with our In-Feed and In-Tube formats, we’re providing new ways for marketers to engage with their users. And with new technologies being adopted, such as wearables, augmented reality and virtual reality, there will be additional opportunities to bring video content and ads to users so I’m very bullish about the future.”Liron Avraham – country manager at Outbrain, says: “The Market is evolving, and more and more budgets are shifting toward video. Outbrain, as the leading, most advanced interest-based discovery platform that drives performance for marketers, grabs this opportunity by offering video discovery, more engaging, low bounce rate, longer session duration solutions. In the shape of long form videos, YouTube channel, earned or paid videos, 360 videos and Facebook videos” Amnon Siev, CEO of GeoEdge, ad security and verification solution for the digital advertising ecosystem, says: “There are no more limitations for publishers to serve video ads in this modern programmatic era. As video ads continue to grow as one of the most preferable ways to monetize publishers’ inventory, it is also of vital importance to safeguard their user experience. All publishers and video platforms today are exposed to user security and ad quality risks such as latency, autoplay sound, and auto redirects that without oversight, disrupt and harm their user’s experience, not to mention significantly jeopardize their revenue. We are excited to be participating in a conference covering where video technologies are headed and how publishers can combat the corresponding emerging threats.”
Advertisement
Subscribe for our daily newsletter