PM: Today Tehran hides its shipments of long-range missiles to Gaza, tomorrow it will hide its ‘nuclear suitcases’ sent around the world.

By HERB KEINON, YAAKOV LAPPIN
MARCH 10, 2014 17:07
Netanyahu and Ya'alon inspect Klos C weapons cache
(photo credit: REUTERS)
Advertisement
Prime Minister Binyamin Netanyahu blasted world hypocrisy on Monday, saying there is a flood of condemnation of Israel when it “builds a balcony in Jerusalem,” but only a drizzle of censure when Iran tries to smuggle long-range missiles into the Gaza Strip.Netanyahu, standing at the port in Eilat near rows of Syrian missiles and Iranian mortar shells, said there were those in the world who did not want Israel to show the ordnance confiscated from the Klos C, because they were not interested in knowing what was truly happening in Iran, but in promoting “the illusion that Iran has changed direction.”“But the facts,” Netanyahu said, “prove the exact opposite.” 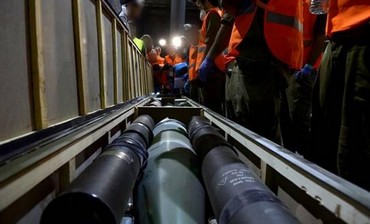 Without mentioning EU foreign policy chief Catherine Ashton by name, he alluded critically to her current visit to Iran.“I heard only isolated and weak condemnation of Iran from the international community regarding this deadly shipment,” he said. “By contrast, we were witness to smiles and handshakes of representatives of the West with the representatives of Iran in Tehran at the very time that these missiles were being unloaded in Eilat.”At Sunday’s cabinet meeting, Netanyahu said he expected Ashton to raise this issue during her visit in Iran, where she met Iranian President Hassan Rouhani. 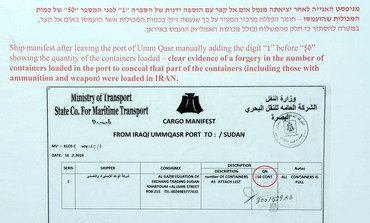 Diplomatic officials told The Jerusalem Post that relations between Ashton and Netanyahu are strained, and that the two have not spoken since August.Netanyahu said that the world’s ignoring Iran’s involvement in the deadly shipment “is more evidence of the era of hypocrisy in which we live.”This hypocrisy is not only morally wrong, he said, but dangerous. Just as Iran camouflaged the arms on this ship, he said, they have also hidden their military nuclear program.“This time there were longrange missiles in these containers,” Netanyahu said. “In the containers in the future, Iran can arm nuclear suitcases that it can send to every port in the world. The world must wake up from its illusions before it is too late and prevent Iran from getting the capability to manufacture nuclear weapons.”Netanyahu’s comments were addressed to a group that included some 70 foreign journalists, 30 military attachés from foreign embassies, and representatives from the Israeli press. 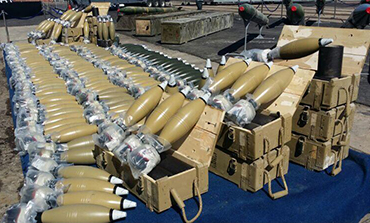 In addition to the display of confiscated weapons, a bill of lading showing that the cargo on the Klos C was shipped from Bandar Abbas in Iran to Umm Qasr in Iraq was also shown. The Prime Minister’s Office said this document was clear evidence that the containers of ammunition and weapons were loaded in Iran. A forged manifest was also displayed.Defense Minister Moshe Ya’alon, who spoke after Netanyahu, said the smuggled arms were “another example of the fact that the Iranian regime is actually the largest terror exporter in the world. There is no conflict in the Middle East that this regime does not nourish with weapons or ammunition, with money or knowledge in terrorism. From Afghanistan through Bahrain, Yemen, Syria, Lebanon and, in this case, the Gaza Strip.”The defense minister said the rockets on display were meant to be fired on Israeli citizens.Global arms networks run by Tehran also use diplomatic means to transport explosives to Iranian embassies in Asia and South America, Ya’alon said, referring to Iran’s use of diplomatic mail to transfer weapons for terrorist attacks.“This is the real face of the Iranian regime that is behind the charm and smile offensive,” Ya’alon said. “It has not changed its ways and it has not changed its long-term goals, be they exporting the revolution, harming pro-Western regimes in the Middle East, or challenging what they call ‘the big Satan,’ America, and Western culture that is led by America.”Iran also continues to operate in the fields of missiles and its nuclear program, Ya’alon said.“As you can see, we know how to defend ourselves by ourselves, and we will continue to do so, near and far, at sea, in the air, on land, and with the help of the IDF and other security forces,” he added.Inside the Foreign Ministry, meanwhile, questions were raised whether the event in Eilat was not “overkill.”As one official said, “If you overstate the message, all people will notice is the ‘too much’ factor – not the essence of the matter.”In the six days since the ship was intercepted, Netanyahu has consistently hammered the message that it reveals Iran’s “true face.”Sources in the Prime Minister’s Office deflected criticism that the prime minister was overplaying the issue. “Unfortunately,” they said, “too many in the world are underplaying it.”Because of labor actions by its workers, the Foreign Ministry was not involved in Monday’s event, and has not been pushing the issue in capitals, parliaments or media outlets around the world. 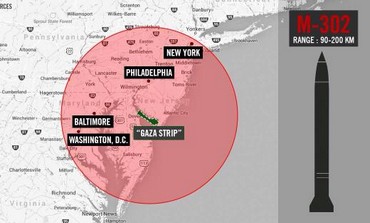