Turkish terrorism victim: I don’t know what I would have done without OneFamily

OneFamily provides victims them with emotional and financial support, as it had done for victims of the terrorist attacks in Mombasa in 2002, Mumbai in 2011 and Burgas in 2012. 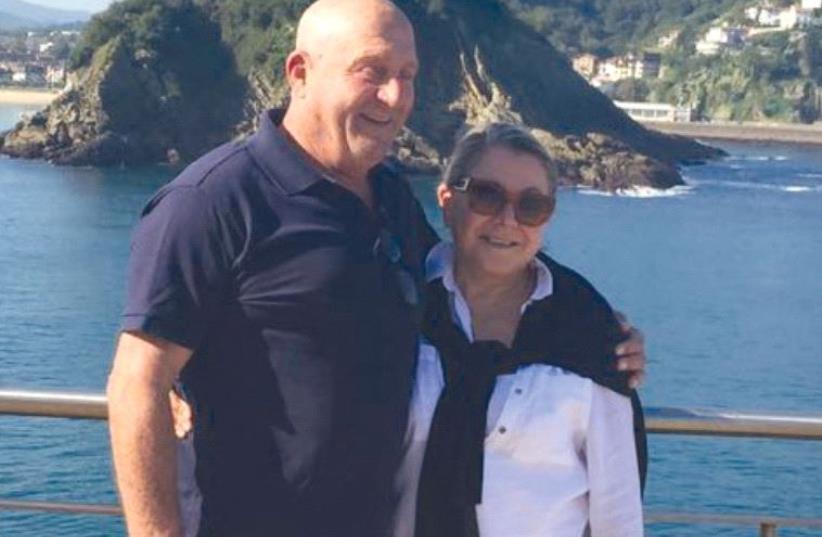 Nitza on vacation with her late husband, Avraham Goldman
(photo credit: Courtesy)
Advertisement
On March 13, after hearing about a fatal terrorist attack in Ankara, Nitza Goldman’s friends, who had gathered at her Herzliya home for her 66th birthday, begged her and her husband, Avraham (Avi), to cancel their planned culinary trip to Turkey.“I said to my husband, ‘Let’s not go. So we’ll lose the money we paid for the tickets. It’s not the end of the world.’ At first he agreed, but then the others in our group started sending him messages such as, ‘Maybe you shouldn’t go to Jerusalem, because there are terrorist attacks in Jerusalem.’ As a tour guide, he used to go to Jerusalem often to give VIP tours, including one for former New York mayor Michael Bloomberg.“In the end, he said to me, ‘Nitza, come on, let’s go.’ So I agreed.”They flew to Istanbul on March 18. Avi, 69, who held dual American and Israeli citizenship, was killed in the bombing the next morning.A suicide bombing in the central shopping area on Istiklal Avenue killed him and two other Israelis: Yonaton Suher, 40, from Tel Aviv, Simcha Dimri, 60, from Dimona, and an Iranian, and wounded 11 other Israelis, including Nitza.Nitza’s right ankle was crushed by a bomb shard, and after undergoing emergency surgery at a private hospital in Turkey where she was taken by local Jews, she attended her husband’s funeral in a wheelchair. The mother of three – two daughters and a son – and grandmother of eight, spent the next month at Hadassah University Medical Center in Ein Kerem, undergoing two lengthy operations on her leg.That’s when OneFamily stepped in. It reached out to all the victims and their family, including Nitza, to provide them with emotional and financial support, as it had done for victims of the terrorist attacks in Mombasa in 2002, Mumbai in 2011 and Burgas in 2012.“I wouldn’t eat the food in the hospital, so every day my daughters and friends and OneFamily would bring me food. I don’t know what I would have done without OneFamily. Every Sunday, a woman from OneFamily brought me food and gifts and spoke to me, and asked if I needed anything.They organized a woman psychologist for me and my children. They also sent me a sum of money before Passover, and remain in touch with me regularly. They are incredible people who do holy work.”Initially, the Defense Ministry refused to recognize the 14 Israeli casualties (three dead and 11 wounded, including the couple who had organized the tour) as victims of terrorism because they couldn’t prove they had been targeted as Israelis.But then Turkey announced that the bomber had ties to the Islamic State, and had been stalking the Israeli group in Istanbul.Nitza credits President Reuven Rivlin for helping to put pressure on the authorities to change their minds.“When I and the other relatives of the victims met with the president, he said, ‘Wherever a Jew is murdered, it’s as if he was murdered in Jerusalem.’ He’s right.”Asked how she is coping today, Nitza says, “Slowly, slowly. I am still not okay. I have almost no feeling in my right leg, suffer from periodic pains and have to do physiotherapy. But I have moved from a wheelchair to a stick, and I can now walk slowly. From an emotional point of view, it’s very difficult, but my children, one of whom I have just visited in Florida, and grandchildren are helping as much as they can. I really miss my husband.”OneFamily CEO Chantal Belzberg adds that “with help from OneFamily, Nitza is taking steps forward. And we’ll be with her as long as she needs our help.”