A home run against terror

A baseball tournament will be held in Massachusetts in memory of terror victim Ezra Schwartz. 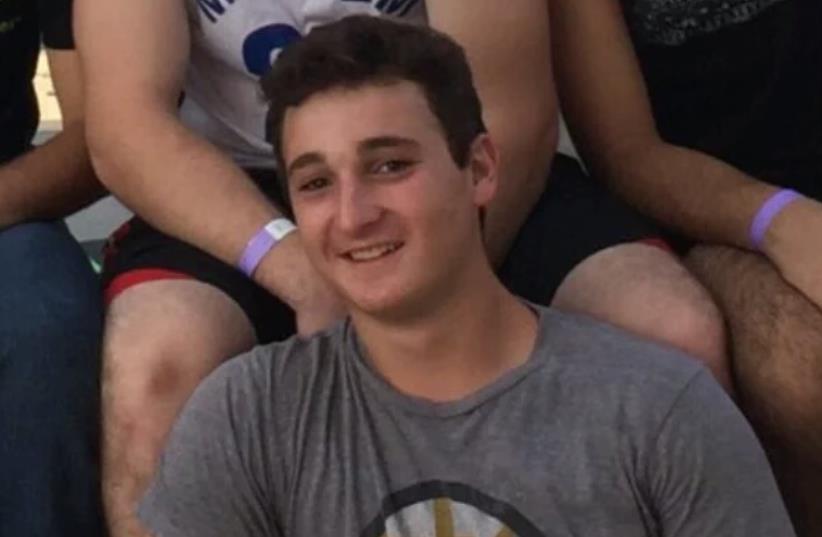 Terrorist victim Ezra Schwartz
(photo credit: Courtesy)
Advertisement
The family of Ezra Schwartz – the 18-year-old American on a gap-year Israel program who was murdered by a Palestinian terrorist in 2015 – hosted a baseball tournament in his memory in Sharon, Massachusetts this past weekend.The Ezra Schwartz Memorial Baseball Tournament took place between April 19 and 22 with the goal of honoring his memory and keeping his legacy alive.Speaking to The Jerusalem Post late Sunday night from the tournament, Ezra’s mother, Ruth, said “we decided to create the baseball tournament as a fun way to keep his memory alive, and [as] a way to keep alive his passion for baseball and to share it with his siblings, friends and teammates.”“We wanted to find a way to remember Ezra with a smile on his face and having fun... his life and death are with us every day,” she added.Muhammad Haruv perpetrated the drive-by shooting, killing Schwartz and two others. He was on his way to a nature preserve near the Gush Etzion Junction in the West Bank to do volunteer work.Haruv was sentenced to four life prison terms by the Judea Military Court in March 2017 for the three murders and numerous attempted murders in the attack, during which he fired dozens of bullets.A spokeswoman for the tournament said that throughout his life, Schwartz was a passionate sports fan and player, who took a particular interest in baseball.He played locally through the Sharon little league as a kid and went on to play for his Maimonides high school baseball team as a teenager.Baseball also bonded Schwartz with his older sister and three younger brothers, all of whom have played for years at the Sharon and Maimonides baseball fields.This inspired his parents, Ruth and Ari Schwartz, to organize the inaugural tournament in 2017 with help from the Sharon community.This year’s tournament boasted teams from Maimonides in Boston, Flatbush in Brooklyn, Frisch in New Jersey and Yeshiva University High Schools in Los Angeles.A statement from the family noted that “Ezra’s death didn’t only affect his family and those who knew him, but touched the hearts of thousands of Jewish Americans across the country who have traveled to Israel themselves, or who plan to send their children abroad to Israel to study.”They added, “He has become somewhat of a symbol to many who could imagine Ezra as being a part of their own communities... that so many schools feel it’s important to send their students to participate in this tournament is a testament to Ezra’s character, and showcases the healing power of coming together as a community in times of tragedy and sadness.”IN ADDITION to the tournament, Ezra’s parents, in partnership with the Jewish National Fund and the Israel Association of Baseball, are currently building a baseball field in Ra’anana in his memory. Ra’anana is one of several Israeli cities boasting a range of youth baseball teams.A fund-raising campaign has already raised over $350,000 for the field. The family expects the field to be completed, but notes that permits and other procedures may still draw out completion of the field for some time.Schwartz’s father is an avid runner and recently completed a “rim to rim” run through the grand-canyon in memory and honor of his son.Asked about the varied programs being done in Schwartz’s memory, his mother said, “I guess there is a feeling that every different thing we do is meaningful to different aspects of Ezra’s personality and for different people he cared about.”This does not mean that there are not hard moments for the family.Ruth described the difficulty of attending Haruv’s sentencing at the Judea Military Court at Ofer Prison.She said she was there with around 30 friends and family members, including her rabbi from Sharon. She said that “in court, I spoke about Ezra... I just felt I needed to be there for Ezra. I’m his mom. I needed to be there to tell his story and to make sure the person who killed him was punished.”She related another haunting and wrenching memory, but one which showed her both her son’s and the family’s commitment to Israel.“Two days before Ezra was killed, someone asked me how I could send my kids to Israel. The State of Israel is very important to us. After all the history of persecution, the Jews need a place – we need our own home. So you just trust and you know [that the dangers are] still the same,” but “we still go back,” she said.Still, there are also happy memories. The family shared a story from Schwartz’s girlfriend, which they said embodied his commitment to his team and his genuine sweetness.She describes going to his baseball game one chilly Sunday afternoon where she was having trouble keeping warm.After a difficult inning in the field, Schwartz came and sat on the bench looking frustrated. He turned toward her, they locked eyes and he gave her a quick wink.After the game, he apologized that it had been a bad game and that he had forgotten to tell her to bring a blanket to keep warm.She told him that the highlight of the game was when, frustrated and busy with the game, he turned to her and winked.