Ninety people were killed, including many civilians after a faction of the armed forces tried to seize power using tanks and attack helicopters 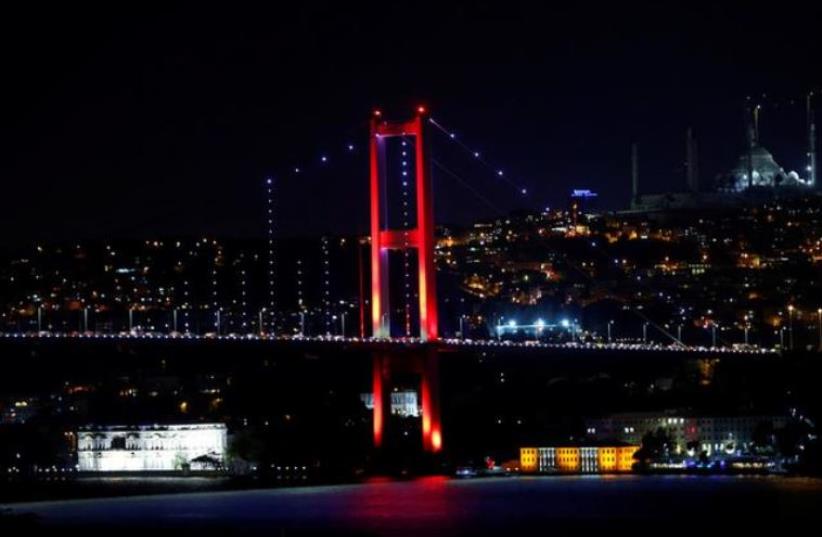 Bosphorus bridge, which links the city's European and Asian sides, is pictured in Istanbul, Turkey
(photo credit: REUTERS)
Advertisement
Forces loyal to the Turkish government fought on Saturday to crush the remnants of a military coup attempt which crumbled after crowds answered President Tayyip Erdogan's call to take to the streets and dozens of rebels abandoned their tanks.
Ninety people were killed, including many civilians after a faction of the armed forces tried to seize power using tanks and attack helicopters. Some strafed the headquarters of Turkish intelligence and parliament in the capital, Ankara, and others seized a major bridge in Istanbul.(Photo credit: Reuters) 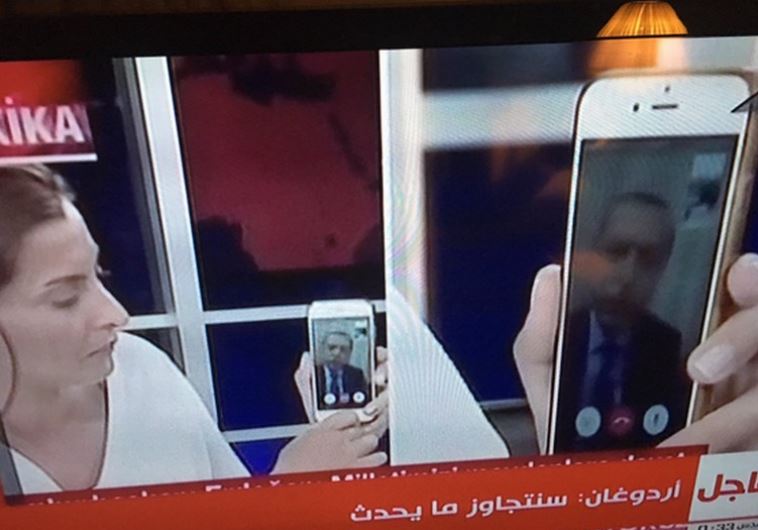 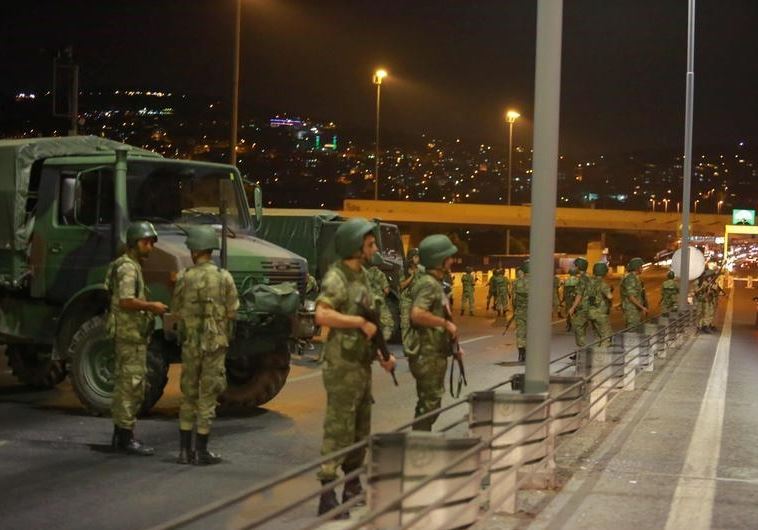 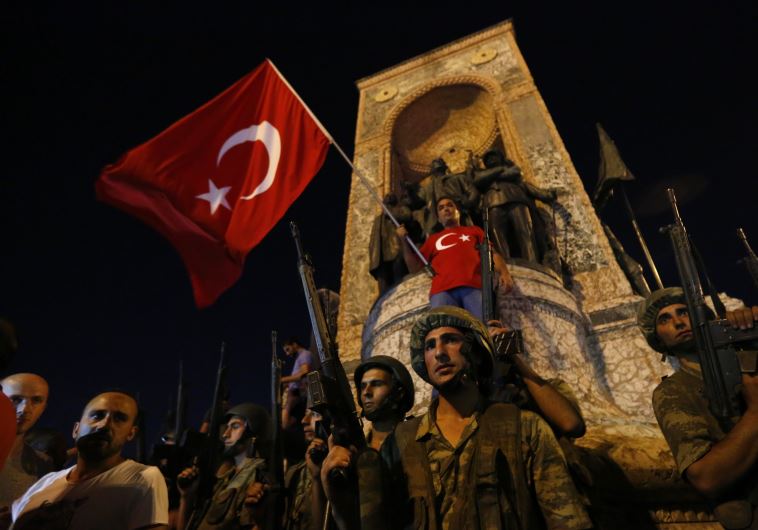 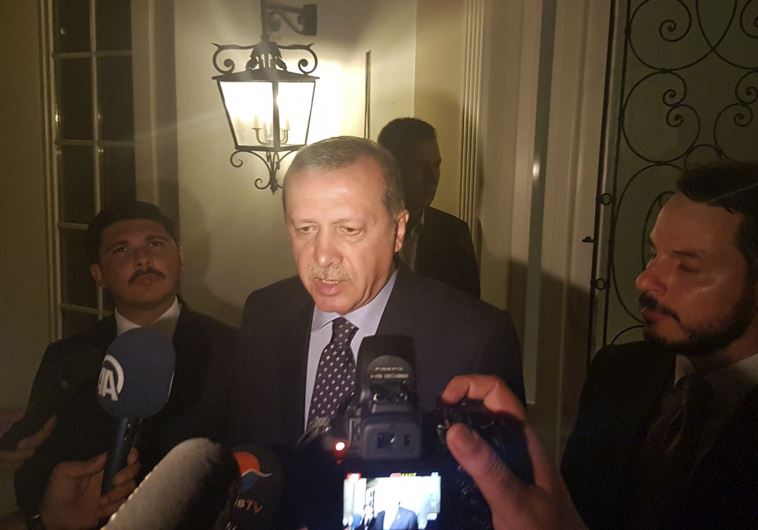 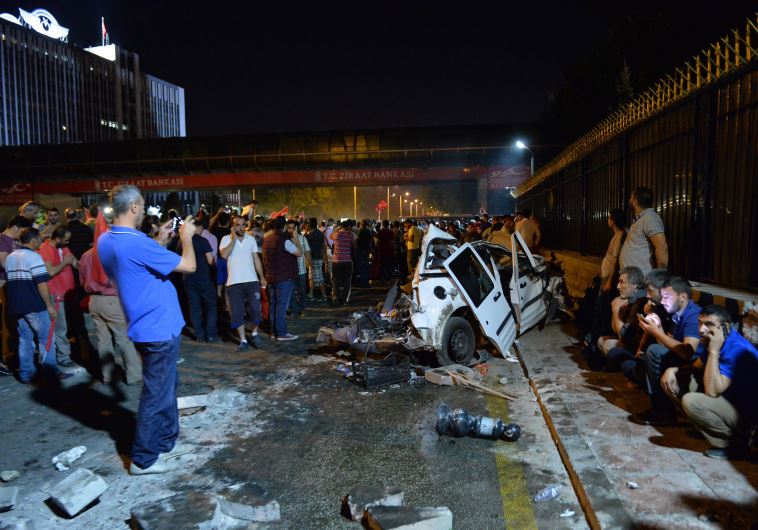 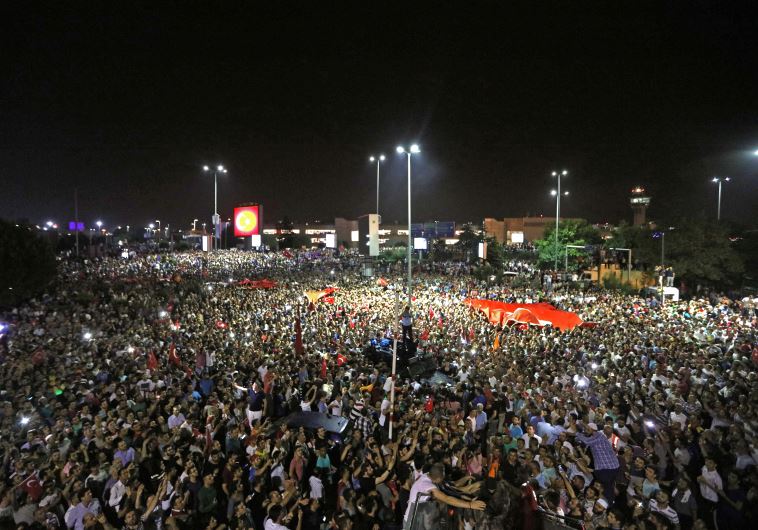 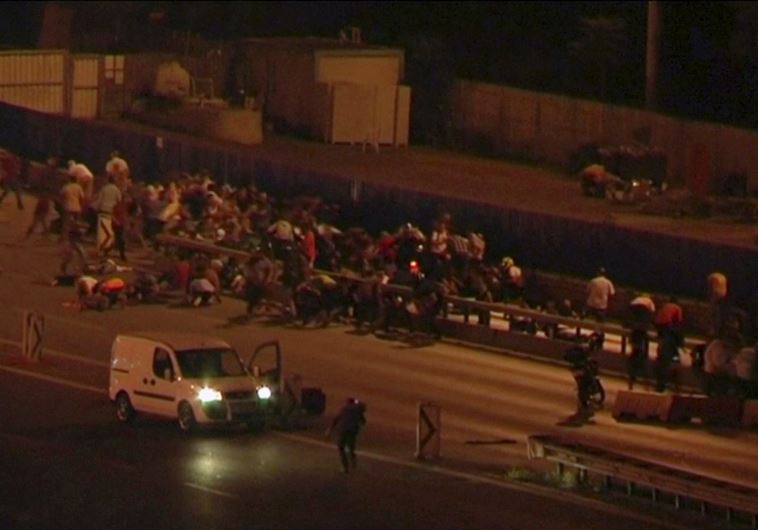 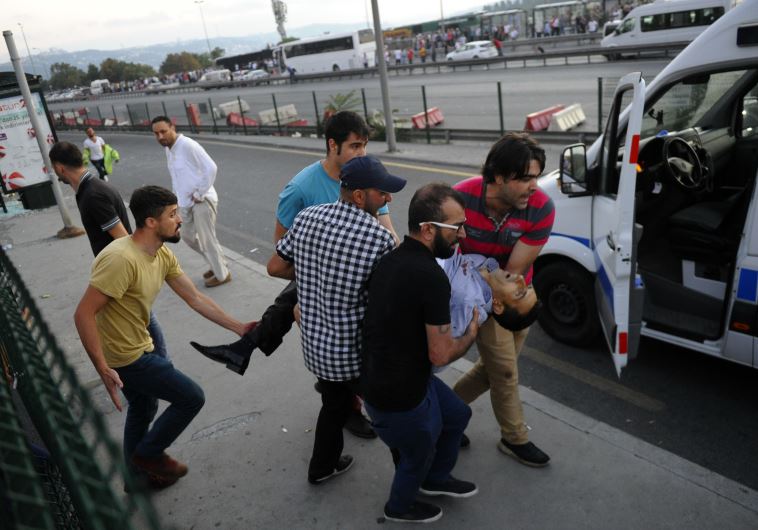 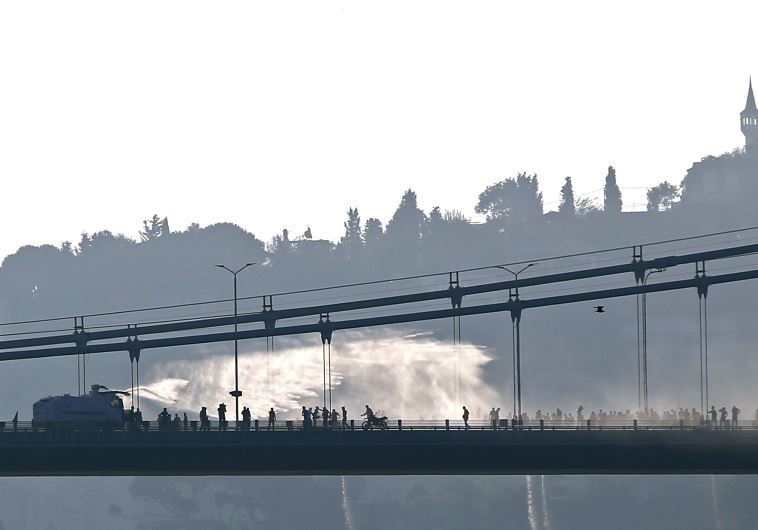 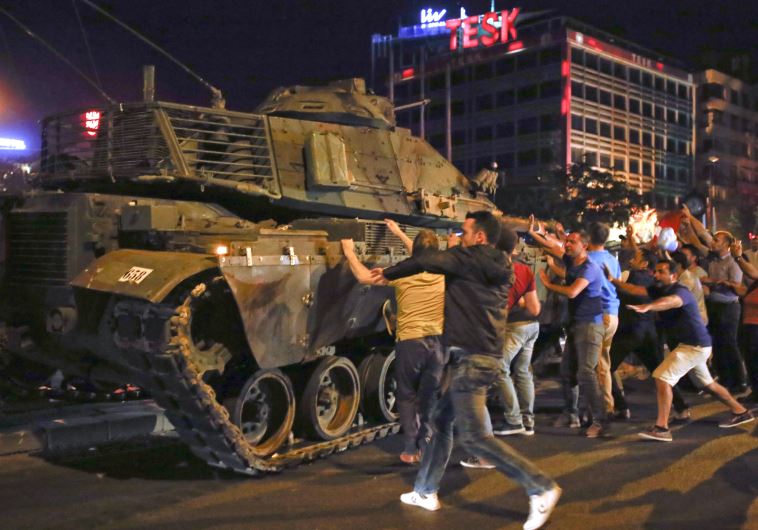 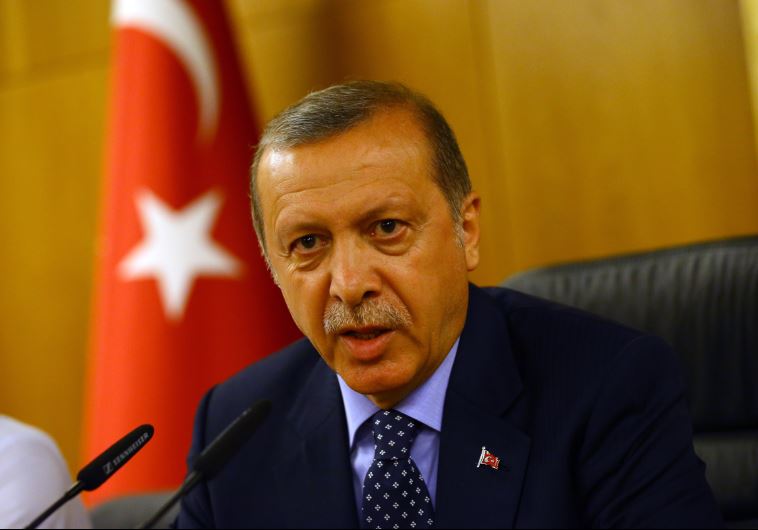