Minaj cited Larry David as an inspiration in a report by Variety. 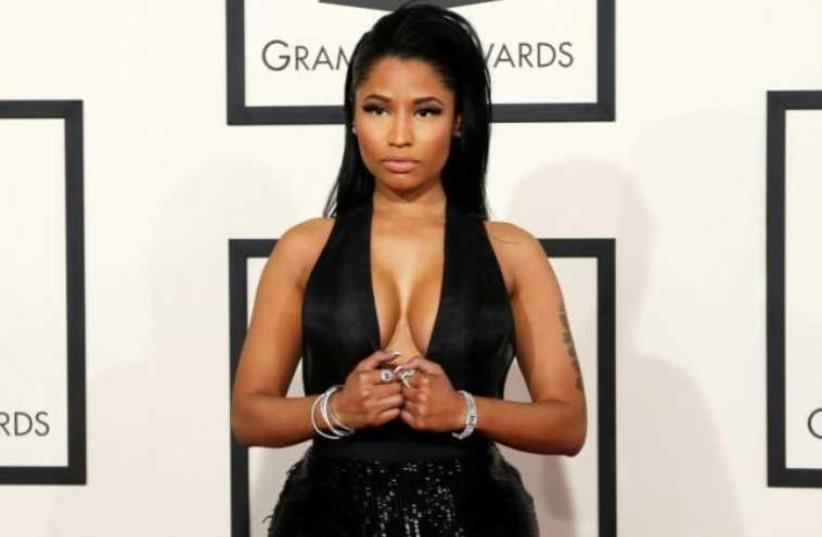 Rapper Nicki Minaj arrives at the 57th annual Grammy Awards in Los Angeles, February 8, 2015
(photo credit: REUTERS)
Nicki Minaj really likes Larry David. And Judge Judy. And maybe just all Jews in general.
That’s what the rap star told her manager, noted music executive Irving Azoff, when he asked her during a recent event about what has influenced her beyond the hip-hop world.
“Whitney Houston, Michael Jackson, Madonna… Marilyn Monroe. Meryl Streep. Judge Judy. Larry David,” Minaj said, according to a Variety report. “And I’m not lying, you guys. I’m obsessed. I think I like Jewish people, Irv.”
She added, “They’re like black people — like, they say whatever the f— they want to say. I’m like, what is it that makes me love Judge Judy and Larry David so much? It must be a Jewish thing.”
“Call Larry [David], get her on the show, right now!” Azoff said to his son in the crowd at the conference held by Pollstar, a concert industry trade publication. He was referring to David’s HBO comedy Curb Your Enthusiasm, which recently began its 10th season.
“Please do that,” Minaj said.