The images were captured by the RTL television network and disseminated on the web and social media. 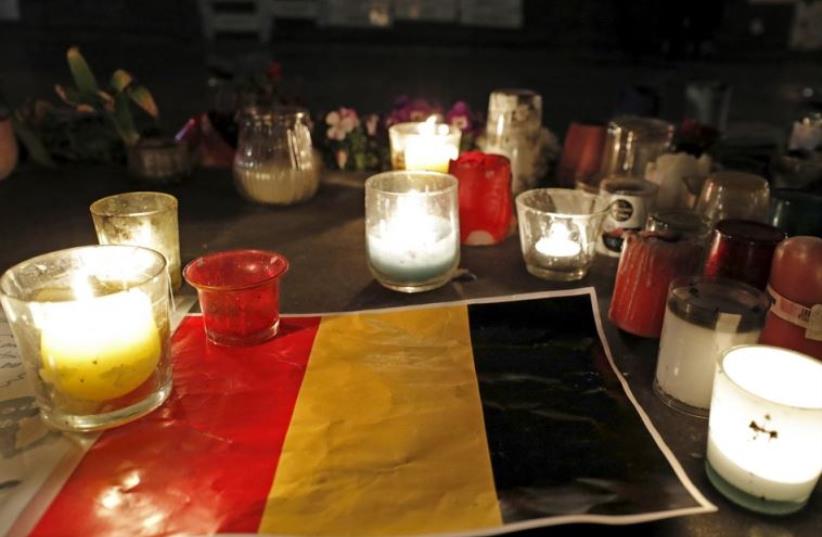 Candles are pictured around a Belgian flag on the Place de la Republique in Paris
(photo credit: REUTERS)
Advertisement
A French-language television station captured footage of a woman wearing a hijab ripping up an Israeli flag at a makeshift memorial for the victims of Tuesday’s bombings in Brussels.The images were captured by the RTL television network and disseminated on the web and social media.The incident took place at the vigil that was set up in the central Brussels landmark Place de la Bourse. In the clip, the woman is seen sifting through the flags that were lining the pavement. After lifting a Palestinian flag, she then spots an Israeli flag and begins tearing it up. She then buries the ripped shards underneath other flags.