120 years later: 3 days in Basel that changed the course of the Jewish nation

The journey that was embarked on in the First Zionist Congress was the beginning of a Jewish transformation.

By GOL KALEV
Theodor Herzl addresses the First or Second Zionist Congress in Basel, Switzerland
(photo credit: WIKIMEDIA COMMONS/ISRAEL NATIONAL PHOTO COLLECTION)
Advertisement
In late August 1897, some 200 Jews from 17 countries arrived in Basel, Switzerland.Dressed in festive formal attire, the delegates entered the municipal casino concert hall, which was decorated with blue and white flags for the occasion. They heard three knocks of the gavel that launched the Congress and then watched Dr. Karpel Lippe, the oldest delegate, make his way up the stage. He covered his head, and to the tears of the delegates, recited the sheheheyanu blessing, thanking God for bringing the Jews to this time.With this blessing, that Sunday morning, the first day of Elul, the Jewish state began its journey.The journey that was embarked on in the First Zionist Congress was not merely a process that would lead to the establishment of the State of Israel. It was the beginning of a Jewish transformation. Herzl famously stated: “At Basel, I founded the Jewish state.” He immediately clarified that such state is not simply a geographical representation, nor a collection of citizens who happen to live in a given territory. He wrote: “The essence of a state lies in the will of the people for a state... A territory is merely the concrete basis. The state itself, when it possesses a territory, still remains something abstract.” 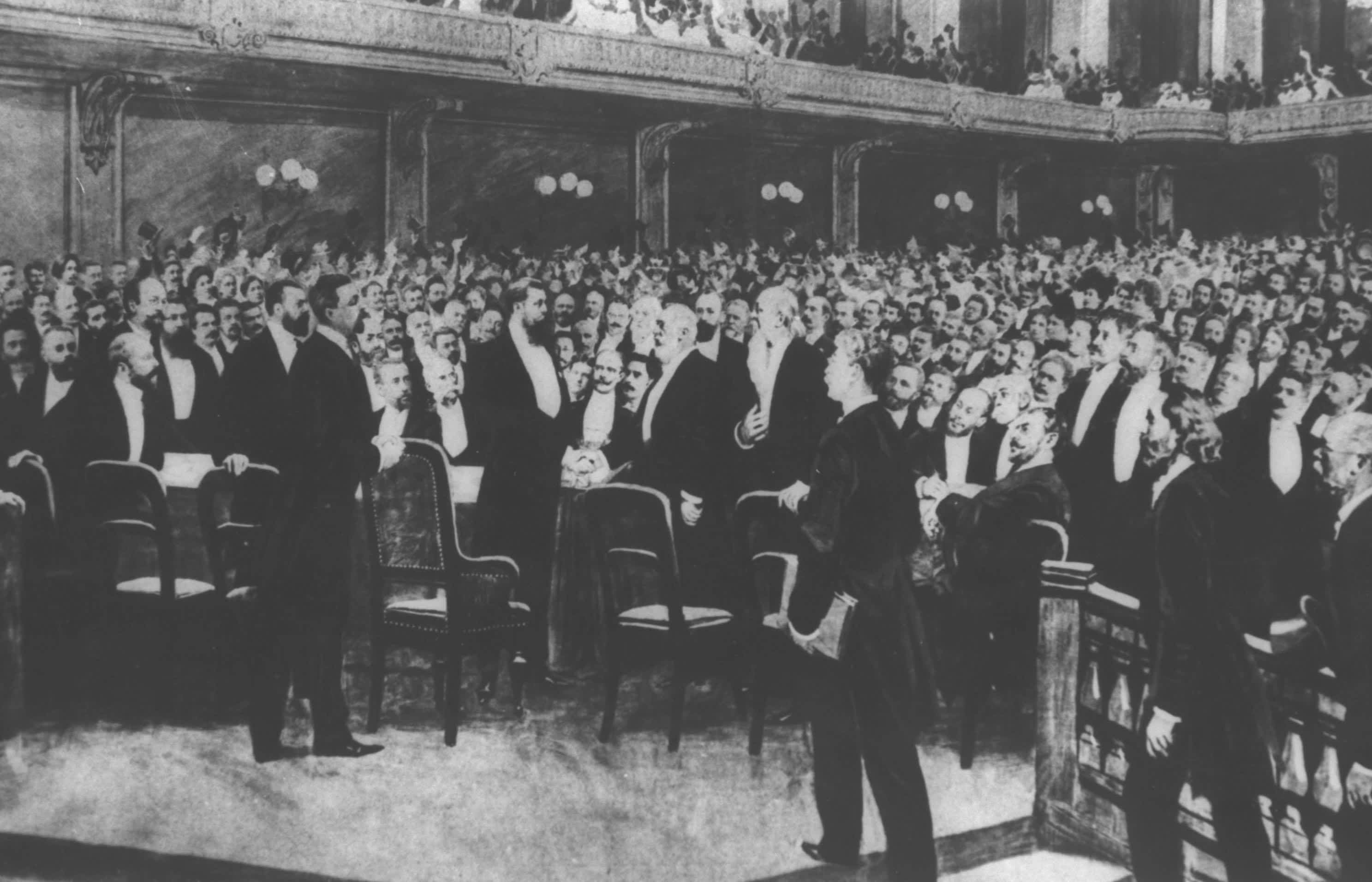