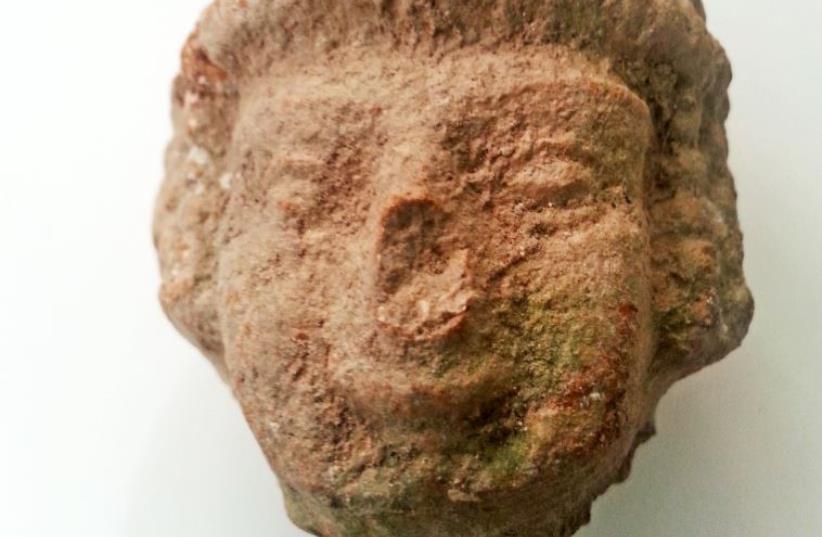 Itay Halperin holding the head of a sculpture from the First Temple period discovered in Beit Shemesh‏
(photo credit: ARIK HALPERIN)
Advertisement
An eight-year-old Israeli boy on a daytrip with his family in the Beit Shemesh area accidentally made an important archaeological discovery last week, the Israel Antiquities Authority announced Wednesday.Itai Halpern of Pardesiya was granted a certificate of honor after discovering the head of a statue from the First Temple period and turning it in to Antiquities Authorities' officials. Halpern's school class was also invited to take part in an archaeological dig.Halpern was hiking with his family when he picked up a round object from the ground. He soon realized that the ceramic object was the head of a sculpture. 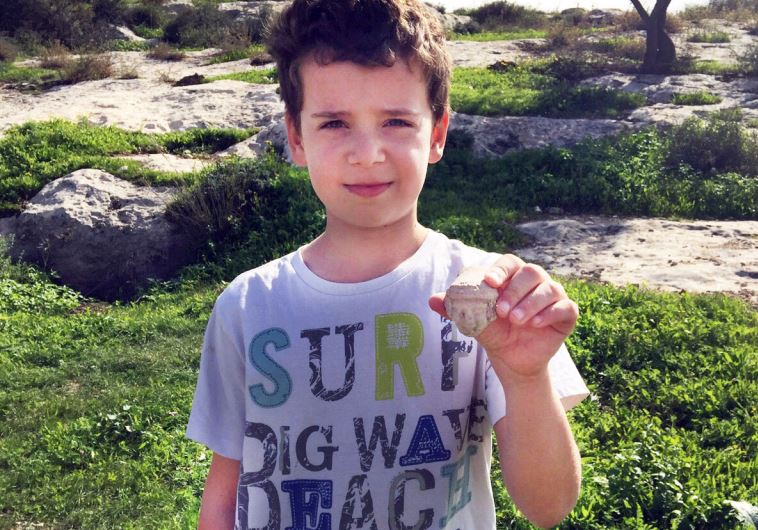 The family quickly reported their discovery to the Antiquities Authority. Archaeologist Alexander Glick met the family and informed them that they had made a discovery of historical significance. Itai told Glick that he had recently seen an Indiana Jones movie and wanted to be like him when he grows up. Finding the statue was a dream come true for Itai.Alon de Groot, an IAA expert on the Iron Age, identified the finding as the head of a sculpture of a fertility goddess. "Figurines of this kind, depicting naked women which symbolize fertility, were common in the homes of residents of the Kingdom of Judah from the eighth century BCE until the destruction of the Kingdom by the Babylonians in the days of Zedekiah (586 BCE)," he said.De Groot added that "these figurines serve in our research as a marker for the area controlled by the Kingdom of Judah."Archaeologist Ana Irich said that the area of Beit Shemesh where the figurine was discovered was a known residential area in the First Temple period. "Beit Shemesh is mentioned as a city in the area of the Tribe of Judah."In the First Temple period their was a big city in the area, which was a commercial and industrial center. The city was surrounded by a wall that held within it many residential structures, as well as public structures that have been uncovered - warehouses and an impressive waterworks," she said."Assyrian King Sennacherib sacked Beit Shemesh in 701 BCE, and the destruction of the area was completed in  586 BCE by the Babylonian King Nebuchadnezzar," she added.