“If all that stuff is built on the notion that none of this ever happened, and then you pull a seal out of the ground with the names of the ministers straight out of the Bible one after the next." 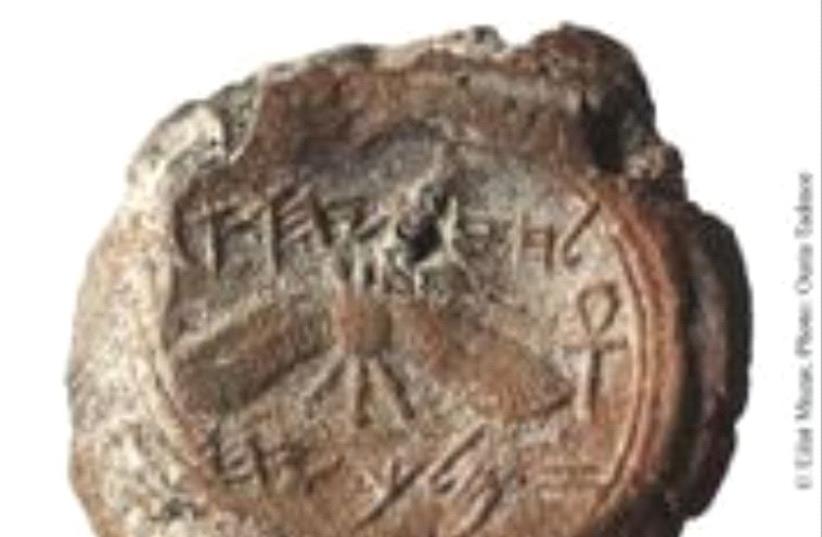 THESE SEALS fell during the destruction of the Second Temple
(photo credit: CITY OF DAVID)
Advertisement
Tisha Be’av is a day deeply rooted in Jewish history and memory, with its primary association being with the destruction of the Second Temple at the hands of the Roman Empire in 70 CE.In the midst of controversy with international bodies such as UNESCO, remembering the religious and cultural heritage that the temple represents can take form in looking back at the biblical archeological record, something that City of David International Affairs Director Ze’ev Orenstein believes strongly bolsters the connection between Judaism and Jerusalem.“If all that stuff is built on the notion that none of this ever happened, and then you pull a seal out of the ground with the names of the ministers straight out of the Bible one after the next in the same verse... that causes problems.”Seals in reference to King Hezekiah, lower-level royal officials and even of a woman named Elihana bat Gael serve as proof of a 3,000-year connection between ancient Israel and the country we know today, adds Orenstein.According to him, these discoveries present problems, however, for people who are committed to an opposing agenda.“Unfortunately today, much of what you can call ‘Palestinian nationalism’ or ‘Palestinian identity’ is based on the narrative that the Jewish people have no legitimate ties to this land... that we’re a bunch of white Europeans,” says Orenstein. “That would then make excavations in the City of David particular problematic.”In April UNESCO’s executive board voted on a resolution which ignored Jewish ties to Judaism’s holiest site, the Temple Mount. Instead the resolution’s text referred to the Temple Mount and its retaining Western Wall almost solely by its Muslim names.In July UNESCO's World Heritage Committee delayed until October a similar resolution after the coup in Turkey forced it to cut short its meeting in Istanbul. Israel is expected to embark on a campaign to sway the 21-member board not to support the resolution, which was put forward by the Palestinian Authority and Jordan.Orenstein’s hope is that enough committee members would strike down such a proposal, using City of David finds as his main piece of evidence.“This isn’t a Jewish issue, it’s not a Christian issue, even though it’s denying these events when they’re so clearly proven from an archeological perspective,” says Orenstein. “But really, it’s an attack on truth, because if you can deny objective truth... tomorrow it’ll be about something else.”UNESCO director-general Irina Bokova issued a statement in July against resolutions that do not recognize the Temple Mount as a holy site for Judaism, Christianity and Islam.“To deny or conceal any of the Jewish, Christian or Muslim traditions undermines the integrity of the site, and runs counter to the reasons that justified its inscription in 1981,” Bokova wrote on UNESCO’s website.As for Tisha Be’av, the enormous yet elegant Herodian stones found at the foot of the ancient temple’s primary entrance do not only evoke a sense of loss and mourning, but of a compelling case for Judaism’s relationship with the site.“On one hand, we’re standing in an area where the destruction of Jerusalem happened, and yet at the same time, we’re standing in a place where we see the rebirth, and the return, and the redemption of Israel,” says Orenstein.“So yes, we have a lot to remember and there are many lessons that we still need to learn... but at the same time we’re growing, and thriving, and we’re home.”

Jpost.com staff contributed to this report.