Jarre also reminded the audience this concert was meant to raise awareness regarding the Dead Sea’s catastrophic state. 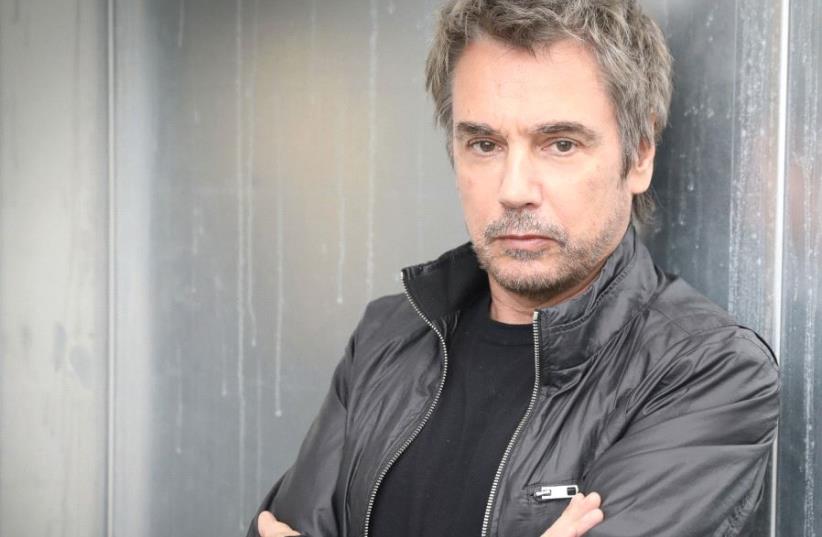 FRENCH ELECTRONIC MUSICIAN Jean-Michel Jarre
(photo credit: Courtesy)
Advertisement
Last Thursday Masada turned blue, and then green, white, yellow and red, all accompanied by a cloud of out-of-this-world sounds. This was no heavenly intervention, but rather the huge-concerts master Jean-Michel Jarre, performing his one-time “Zero Gravity” show.Jarre, one of electronic music’s founding fathers and top developers, conducts the large crowds that gather to see him from altar-like stages. His performances are renowned as multi-sensory spectacles, with iconic combinations of light (lasers in particular) and music creating the atmosphere that built his unique reputation starting in the 1970s. Performing in front of millions at a time, in concerts at the Eiffel Tower, in Huston, Moscow, Egypt and the Sahara desert in Morocco, Jarre’s expertise is massive shows.“It is boring to see a man with a machine on stage for two hours,” he explained once in a French documentary that focused on a European concert tour. This is why he needed the spectacle, which he achieved with his trademark aesthetic experience.This includes the “laser harp,” i.e. laser rays modeled after harp strings, making it seem as if Jarre plucks the laser beams to create a completely coordinated sound and light show. This was of course featured in last week’s show too.The audience was varied, with all ages and types represented, including secular, religious, foreigners, young and old. The music varied too – from classic hits from his mega-successful album Oxygene to newer “projects,” as he referred to them, written only two weeks ago.The idea behind the production and venue was to create a “futuristic complex” of different “zones,” with changing luxury levels. In the “gravity zone,” the no-seat area closest to the stage, students and ex-students jumped and danced on the desert sands. In the more expensive “dance zones,” businessmen and women in their 40s, 50s and 60s moved to the sound of the master, drinking beer from plastic cups and noshing on the occasional snack. Way at the top sat the more well-to-do folks, who paid NIS 3,000 or more per ticket, enjoying amenties such as included food and drink, with a private waiter, and of course a great view of the show, seen from comfortable sofas.Jarre came on stage around 11:20 p.m., following a slight delay. One could immediately sense the change in ambiance with his arrival; those who were complaining out loud that the production was late stood silently, watching him create with his famous keyboards the familiar sounds that have become a pretty basic part of the Western popular soundtrack, even if not everyone realizes it.Jarre occasionally also reminded the audience this concert was meant to raise awareness regarding the Dead Sea’s catastrophic state.At the current rate this unique natural phenomenon will seize to exist unless we take drastic measures. According to the Water Authority’s website, in 1976 the water level stood at around -400 m.Recent results show that today’s level is as low as -430 m. Part of Jarre’s spectacle included clear visual references to the Dead Sea.Even for those who have never really listened to Jarre’s works, or are not into electronic music generally, this was a night to remember, and hopefully the attempts to save the Dead Sea from actual death will be as successful as the show.