Festival diary: ‘The Museum’ and the next generation 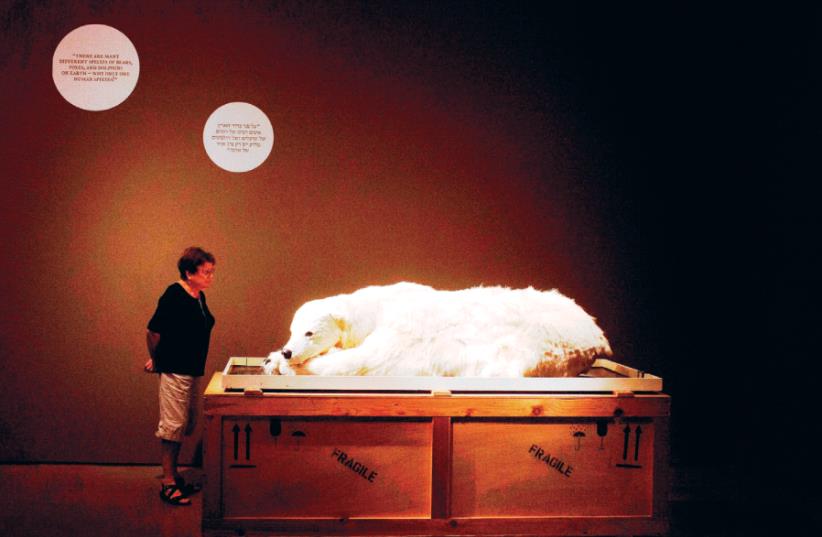 A SCENE from Ran Tal’s documentary ‘The Museum.
(photo credit: URIEL SINAY)
Advertisement
Don’t worry if you didn’t make it to the screening of Ran Tal’s exhilarating documentary The Museum on Tuesday night at the 34th Jerusalem Film Festival, because it will be coming soon to a festival near you.I imagine that this masterful look at the Israel Museum, which goes much deeper than a conventional documentary, will be on the program at virtually every Jewish film festival in the coming year, as well as at many other festivals and theaters.Tal, whose previous documentaries include the acclaimed Children of the Sun, about kibbutzim, and The Garden of Eden, a look at a national park, has created a fascinating portrait of the museum, that also looks at Jerusalem, Israel, and, although this may sound pretentious, the world itself.This is not a TV-documentary style history of the museum, that starts with news footage of the ribbon-cutting at the opening. Instead, it begins in the dark, with the sound of a man explaining what the Magritte painting The Castle of the Pyrenees looks like. After a moment, we see that the man is describing the painting to a blind woman, and we later learn she is part of a group of blind people who come to the museum and who are allowed to touch some of the exhibits.Following this non-traditional opening, Tal combines scenes of the everyday life of the museum with moments from the 50th anniversary celebrations in 2015, and portraits of museum staff and visitors.James Snyder, the outgoing director of the museum, is one of these staff members, and he reminisces about growing up as a nerdy Jewish kid in a Pennsylvania town. Through listening to his memories and watching him, you realize the richness of the museum and what it means to him in a more profound way than you would if someone were to speak in superlatives about the museum’s reputation or collections.There are all kinds of surprising people and moments throughout the film, which will make you want to go to the museum as soon as you can and which will change the way you look at the place forever.The Museum shows how Israel has become a center for great documentary filmmaking, and I got a look at the next generation of documentary filmmakers at the 7th annual Alex Bernstein Production Award for Outstanding Film Students in memory of Lord Alex Bernstein, a pitching event sponsored by the Jerusalem Foundation and the Gesher Multicultural Film Fund, for students making documentary shorts, one of several pitching events at the festival.The participants submitted proposals for films, and showed footage they had already shot.The varied proposals included films about a young girl who has become the symbol of the resistance to the Amona evacuation, an older woman coping with loss, a young blind man who has left his ultra-Orthodox family to live independently, an examination of Internet images, and a transgender man from an observant background.The winners will be announced later this week and will be awarded grants that total NIS 65,000. Previous winners have been shown at film festivals worldwide.