It is only in recent years that thought has been given to the suffering of Jews in Arab lands during World War II. 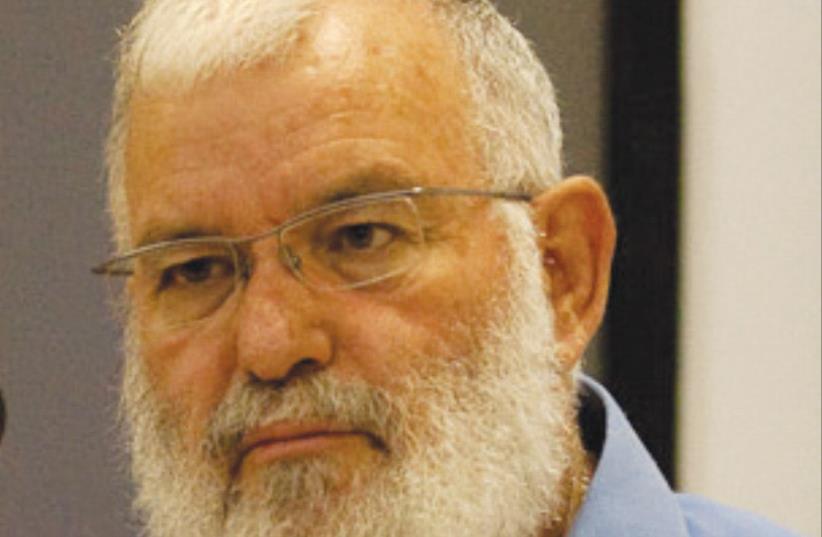 Yaakov Amidror
(photo credit: Wikimedia Commons)
Advertisement
IT IS only in recent years that thought has been given to the suffering of Jews in Arab lands during World War II. Among the films being shown at this year’s Jerusalem Jewish Film Festival is the Italian documentary by Ruggero Gabbai and David Meghnagi, Final Exodus from Libya, which looks at the history of the Jewish community there through Jewish eyes. It explores the period from the beginning of Italian colonization until Fascist rule, and the deportation of Libyan Jews to Bergen-Belsen and other camps, the introduction of British rule, the pogroms of 1945, independence, life under King Idris, and the military coup d’etat led by Muammar Gaddafi in 1969. The film depicts the backlash of Israeli events against the Jews of Libya, until the exodus of Libya’s last known Jew. The film will be screened on Thursday, December 21, at 8.30 p.m. in Cinema 3 of the Jerusalem Cinematheque.MOST OF the events of the Jewish Historical Society are held at Beit Avi Chai, but the event on Monday, December 18, will be held on site at the Ra’ananim Synagogue in the Heichal Shlomo building (adjacent to the Great Synagogue), on King George Avenue. The reason: The subject of the talk by Prof. David Newman is the David Hillman stained-glass windows and the Anglo-Jewish rabbinate of the 20th century. Newman, though resident in Israel for many years, and a member of the faculty of Ben-Gurion University of the Negev, is a product of British Jewry. A great admirer of Hillman’s, he has written about him extensively in The Jerusalem Post. Hillman was an ordained Orthodox rabbi and a highly respected stained-glass artist, as well as the brother of Rabbanit Sarah Herzog, the wife of Israel’s first chief rabbi, and a great-uncle of opposition leader Isaac Herzog. Hillman created elaborate stained glass windows for many synagogues in the UK as well as for the Ra’ananim Synagogue, and he designed the windows for the Great Synagogue in Jerusalem. The lecture will begin at 7.45 p.m.THE RECENTLY established Jerusalem Institute for Strategic Studies has announced that the topic of its second symposium will be to question whether Israel is prepared for the next war. Hamas has threatened a third intifada, and several Arab states have come out strongly again the declaration, which could well have the effect of throwing a lighted match onto a haystack. The symposium, which will be in Hebrew, will take place on Wednesday, December 27, from 3 to 8 p.m. at the Menachem Begin Heritage Center. Speakers, for the most part, will be retired senior army officers who continue to keep their fingers on the pulse of Israel’s military strategies. Among the speakers will be Uzi Rubin discussing the kind of war for which the IDF should be prepared; Gen. (ret.) Yaakov Amidror discussing the IDF’s structure in relation to changes on the battlefield; and Lazer Berman’s warning that the enemy is also preparing for the next war. There will be several other topics including whether women’s integration into combat forces is a help or a hindrance. Discussion on this particular topic will be led by veteran Yediot Aharonot journalist Ariela Ringel-Hoffman.ALSO COMING up at the Begin Heritage Center is the annual Harry Hurwitz Memorial Best Speakers Competition that was founded, is chaired and is organized by Ann Kirson Swersky. The competition is held in Hebrew, English and Arabic to suit the convenience and language abilities of the contestants, who are junior-high and high-school students from across the country. For those who are interested in hearing how young minds work, the date is January 9, at 5 p.m. The late Harry Hurwitz was a Latvian-born South African Jewish community leader and journalist, and an ardent follower of both Ze’ev Jabotinsky and Menachem Begin. Before making aliya, in the aftermath of Begin’s becoming prime minister, Hurwitz was for 25 years the editor of the South African Jewish Herald. He was also an outstanding orator. During a visit to Mandate-controlled Palestine, Hurwitz met Begin, who was then the leader of the Irgun, and still in hiding from the British. After Hurwitz and his wife settled in Jerusalem, Begin appointed him as one of his advisers, then sent him to Washington as minister for information at the Israel Embassy, subsequently appointing him as the prime minister’s adviser on Diaspora affairs.Following Begin’s death, Hurwitz initiated the concept of the Begin Heritage Center and was its executive director until his own death in October, 2008. Kirson Swersky thought that the most fitting memorial to him would be the annual best speakers’ competition among teenagers who were still at school in an effort to promote future leadership qualities.