If you’ve been waiting for the Fifty Shades Darker movie — you don’t have to tell anyone, just keep reading. 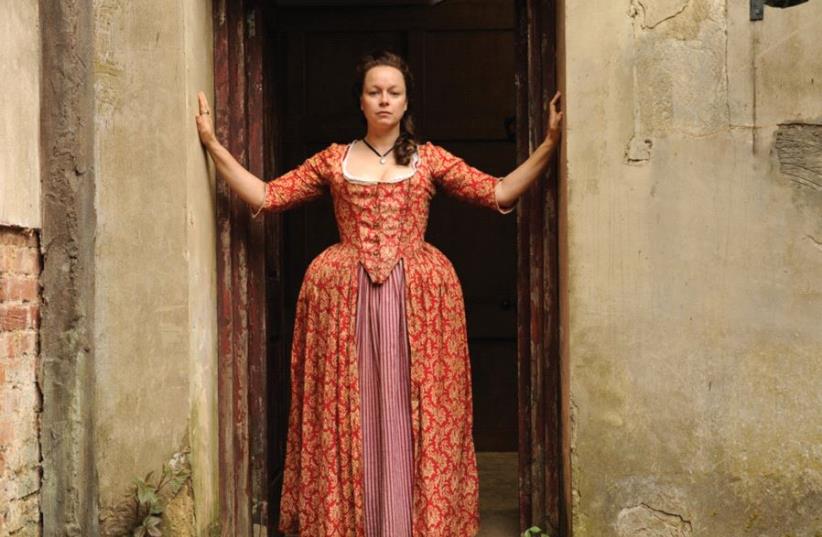 ‘Harlots’
(photo credit: PR)
Advertisement
In this era where the new way to tell someone “I disagree with you” is to accuse them of reporting “fake news,” it’s a good time to look at the life of one of the most famous pranksters of all time, Joey Skaggs. He is the subject of the new documentary The Art of the Prank, directed by Andrea Marini, which will be shown on YES Docu on July 7 at 10:30 p.m.and on YES Docu.Skaggs, who has been called “The Godfather of the Media Hoax,” is an artist who has promoted himself for decades by coming up with silly scams that have taken in virtually every major media outlet. Among his most memorable schemes were that of a “cathouse” for dogs; a scientific discovery that cockroaches hold the secrets of the human immune system; a protest by gypsies to have the gypsy moth renamed; condos for fish so they could escape increasingly polluted oceans; and so on.Skaggs explains that creating funny scams is serious business. While you may or may not agree with the political convictions that drive his work, watching one media outlet after another fall for his nonsense is extremely entertaining.If you’ve been waiting for the Fifty Shades Darker movie — you don’t have to tell anyone, just keep reading — it’s coming to HOT VOD Movies on July 11. Critics were divided on whether it was so bad it was good or whether it was just really bad, but audiences flocked to it. Remember, there is another Fifty Shades movie coming up, Fifty Shades Freed, which will be released in 2018, around Valentine’s Day, of course.If you’re just looking for a good popcorn movie, try The Fugitive, which will air on YES 3 on July 9 at 10 p.m.and on YES VOD. Andrew Davis’s 1993 movie was a reworking of the 1960s television series by the same name, which was based on the true story of Sam Sheppard, a doctor who was convicted of the murder of his wife and was acquitted in a second trial after serving 10 years in prison.Harrison Ford plays the unlucky doctor, Richard Kimble, and if you want to get your kids to watch this with you, remind them that Ford was Kylo Ren’s father in Star Wars: The Force Awakens. Tommy Lee Jones won a Best Supporting Actor Oscar for his role as the US marshal tracking Kimble. The supporting cast includes Joe Pantoliano (Ralph on The Sopranos) and Julianne Moore. In addition to the fine acting, The Fugitive has some wonderful action sequences that will keep you on the edge of your seat.YES is promoting a new series Harlots very heavily. It’s coming up on YES VOD and YES London starting on July 18 and on YES Drama on Tuesdays at 10 p.m.It stars Samantha Morton as the madam of a London brothel in the 1760s, and it’s trying very hard for a kind of sexy, humorous historical drama. It has a rock music score with a pounding beat, and the title at the beginning states that in that era, one in five London women was a prostitute. Whether or not that is true, the series looks at two tiers of brothels: a lower-level one that caters to the middle classes, run by Morton, and a fancier one. The women are all very spirited, and I guess the series is making the point that the oldest profession was one of the only ones open to women at that time. It’s a combination of bedroom farce, feminist fable and political history, as the corrupt police try to crack down on the houses of prostitution.Not to be a killjoy, but as watched it I kept remembering a famous passage from Dostoevsky’s Winter Notes on Summer Impressions, about the horrific spectacle of a child prostitute in London in the early 1860s he saw on the street. Harlots seems disconnected from that reality, but it didn’t work for me as a comedy.