While at the most holy site in the Jewish faith, the rocker met designated US Ambassador to Israel, David Friedman. 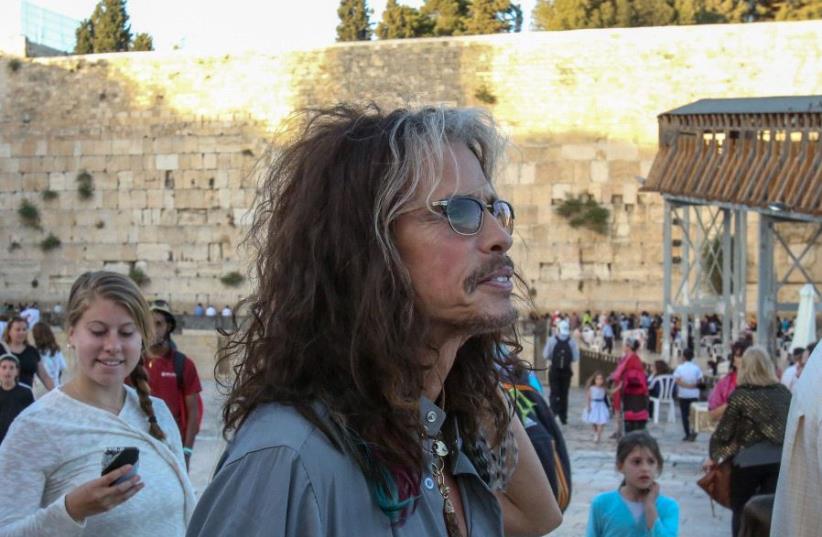 Steven Tyler at the Western Wall, May 15, 2017
(photo credit: MARC ISRAEL SELLEM/THE JERUSALEM POST)
Advertisement
In the spirit of Aerosmith's hit song "I Don't Want to Miss a Thing," the iconic band's visiting frontman Steven Tyler was sure to hail to some of Israel's must-see sites.The "Jaded" vocalist, 68, visited the Western Wall in Jerusalem on Monday ahead of Aerosmith's summer blowout concert in Tel Aviv on Wednesday. While at the most holy site in the Jewish faith, the rocker met David Friedman, who arrived in Israel on Monday to take up the role of new US ambassador to the country. Steven Tyler and David Friedman at the Western Wall, May 15, 2017 (MARC ISRAEL SELLEM/THE JERUSALEM POST)Tyler landed at Ben-Gurion Airport on Saturday evening, where he signed autographs and greeted adoring fans as he walked this way into the Holy Land. Aerosmith will kick-off its 'Aero-Vederci Baby!' farewell tour in Tel Aviv on Wednesday at Hayarkon Park.