Movies: Avi Nesher’s ‘Past Life’ is a triumph

The fact-based drama of two sisters as they search for the truth about their family’s past is moving, original, quirky and suspenseful. 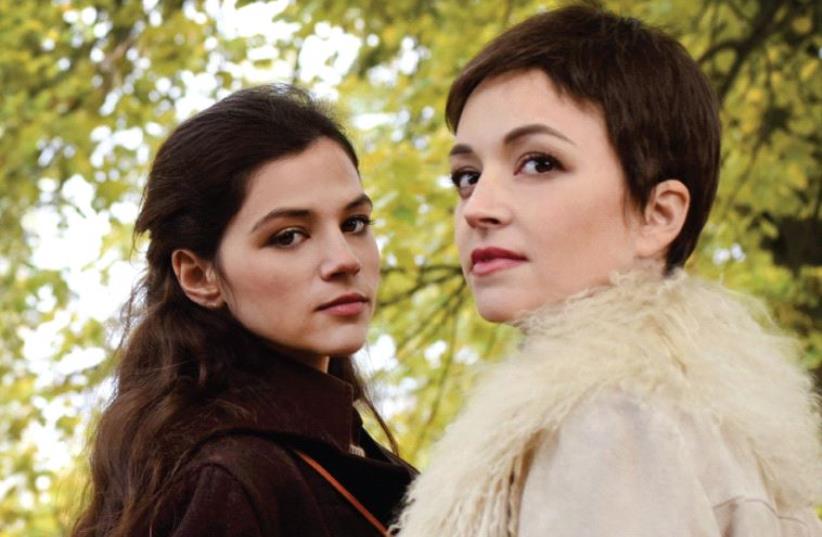 Avi Nesher’s ‘Past Life’
(photo credit: PR)
Advertisement
PAST LIFE
Hebrew title: Ha’hataim
Directed by Avi Nesher
With Joy Rieger, Nelly Tagar, Rafael Stachowiak, Doron Tavory, Evgenia Dodina
Running time: 109 minutes
In Hebrew, German, English and Polish.
Check with theaters for subtitle information.Avi Nesher’s brilliant, haunting Past Life may be his best film yet – and that’s saying a lot.The fact-based drama of two sisters – one a repressed classical music composer, the other a leftwing firebrand who edits a journal of porn and politics – as they search for the truth about their family’s past is moving, original, quirky and suspenseful. Packed with ideas and emotions, this often funny film, which had its world premiere at the Toronto International Film Festival, feels true to life.With a soundtrack that features original classical music by Ella Milch-Sheriff, the composer whose own story inspired Nesher’s screenplay, Past Life mixes beautiful choral pieces with clever pop tunes inspired by the classics, such as “A Fifth of Beethoven.” Like the soundtrack, the story veers back and forth between tragedy and comedy, and paints a vivid picture of Israel in 1977, the year Anwar Sadat visited Jerusalem and the Likud came to power. The tumult in the political world mirrors the disruptions in the sisters’ lives.These two very different young women – one based in Tel Aviv, the other still living at home – are nevertheless trying to escape from the same nightmare. They were raised in a gloomy Jerusalem home by parents who are Holocaust survivors but never discuss their ordeal: a meek mother (Evgenia Dodina) and a stern, tyrannical gynecologist father (Doron Tavory). Daughter Sephi (Joy Rieger) is a music student, who can only find escape and self-expression in her music.She composes original pieces but is discouraged by her sexist professor, who tells her that no woman has ever written important classical music.Her older sister, Nana (Nelly Tagar), is jealous of Sephi’s musical gifts and envious that Sephi has always brought out a kinder side in their father, who beat Nana savagely when she was a child. Nana rebels, and in Tel Aviv she finds her natural home, where she and her husband (Tom Avni) run a left-wing tabloid that entices readers with pornography.In one startling scene, the couple bring models to pose nude on the Mount of Olives.The plot gets going when Sephi meets an older woman after she performs with a choir in Europe.The woman tells Sephi she has always wanted to see what a murderer’s daughter looks like.When Sephi tells Nana about this, Nana insists that they must find out the truth about their father.It’s a journey that leads them to Germany and Poland, under the guidance of Thomas (Rafael Stachowiak, a Polish-born German actor who looks as if he stepped out of an expressionist movie), a musician who becomes Sephi’s mentor.In the course of their search, the sisters are thrown into conflict with each other and with everyone else in their lives. In the end, their journey is as much into themselves as through history.The portrait of the artist as a young woman fighting to find her voice in the male-dominated classical music world is one of the most poignant parts of the story.All the actors do extraordinary work, but the standouts are Rieger and Tagar in the lead roles. Rieger, a very young actress, has incredible intensity and poise as Sephi. She learned to sing for the role and has a beautiful, clear singing voice. Tagar, who became famous as the ditzy soldier in Zero Motivation, gives a nuanced, affecting and very appealing performance as a woman who is both angry and vulnerable.The same humanity and affection for his characters that have characterized all of Nesher’s movies, going back to The Troupe (1978) and especially in the remarkable quartet of films he has made since returning to Israel after years in Hollywood — Turn Left at the End of the World (2004), The Secrets (2007), The Matchmaker (2010) and The Wonders (2013) — are apparent here.So is his penchant for packing a story with emotion, detail and humor and for letting the film take us places that we never expected to go. Past Life very much brings to mind the movies of the French New Wave master Francois Truffaut. But Nesher is more than Israel’s Truffaut. He is the heart and soul of Israeli cinema, who is not merely repeating his previous triumphs but challenging and surpassing himself.