Desert Hashish: How police go toe to toe with criminals at the border

Nor the Egyptian army or security fences can atop the flow of drugs into Israel, will the Intelligence Police Unit of the Negev borders prevail? 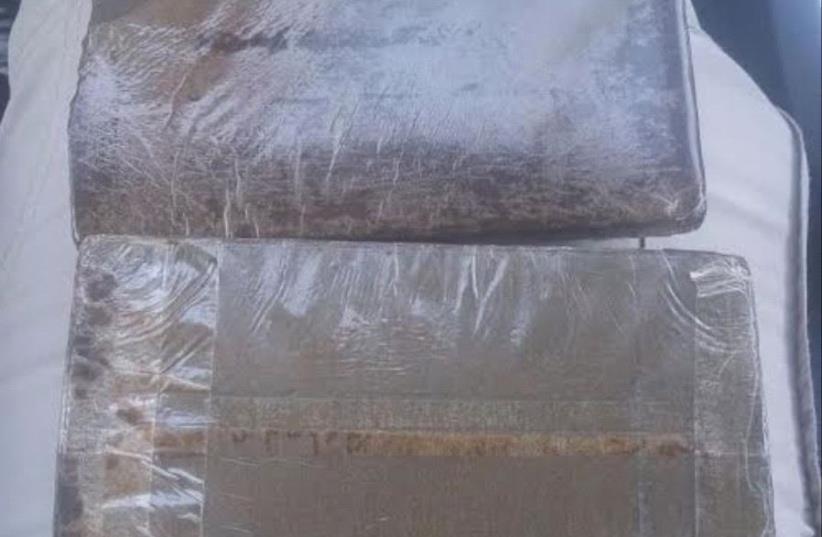 Hashish and marijuana seized by police.
(photo credit: POLICE SPOKESPERSON'S UNIT)
Advertisement
The Intelligence Police Unit of the Negev borders (Magan) is working around the clock to thwart attempts by criminal drug smugglers to import Hashish and cannabis into Israel, reports Ynet.
Lead for the last decade by Amir Dagoni, the unit used to focus on the border with Jordan. The Hashemite Kingdom used to be the source of Heroin, which was smuggled to Israel and then to Egypt prior to the fence being built across that border in 2013.
The fence put a stop to the arrival of illegal migrants to Israel from Egypt, Dagoni said, but also meant that the new focus of the war on drugs was to the south of the country.
Roughly ten different smuggling networks function at the moment and they are controlled by several crime families. While Jewish criminals might buy drugs, they never smuggle them and Magan never once arrested a Jewish person who worked as a smuggler, Ynet reported.
The numbers speak for themselves, in 2014 Magen confiscated 8.3 kg of Heroin, in 2018 the number rose to 33 kg. Cocaine rose from 0.7 kg to 36.2 kg and Marihuana from 11 kg to 4,027 kg. These are just the drugs the unit was able to discover and prevent, no numbers exist about successful smuggling operations.
"We're talking about boatloads of money," Dagoni told Ynet, "and where there is money some will try to get some of it and profit."
The leading drug at the moment, which is smuggled in large sacks carried on the backs of smugglers who dump them across the fence, is Marihuana. Each operation attempts to bring in between 50 kg to half a ton.
During a recent March bust, the Israeli smugglers who attempted to pick up the sacks with ATVs lost control of the vehicle and slammed into a police car, they were arrested.
The smugglers act in unison with one group carrying the drugs, the other carrying a ladder to climb over the fence, and others are holding firearms to prevent cover fire against the Egyptian security forces.
"Luckily no Israeli soldier was shot until now," Dagoni said, "but military jeeps were hit by bullets."
Money is transferred to the Egyptian criminals using banks based in the Palestinian authority. The money trail isn't easy to follow as strew companies and various other bodies are often used to make the money transfers seem legitimate.
"Just as we gather intel so do they," Dagoni told Ynet, "we know of many attempts when they tried to bribe soldiers, for example, to have drivers tell them if Magan is working on their base or make social connections with female soldiers."
Began by US president Richard Nixon, a 2011 report by the Global Commission on Drug Policy claimed the War on Drugs "has failed" and called for "fundamental reforms."
Drugs, and the war against them, had been the subject of such hit television shows as Breaking Bad [2008] and Narcos [2015].