Lt.Col. Avraham Yitzhak has been nominated as first Ethiopian Colonel. 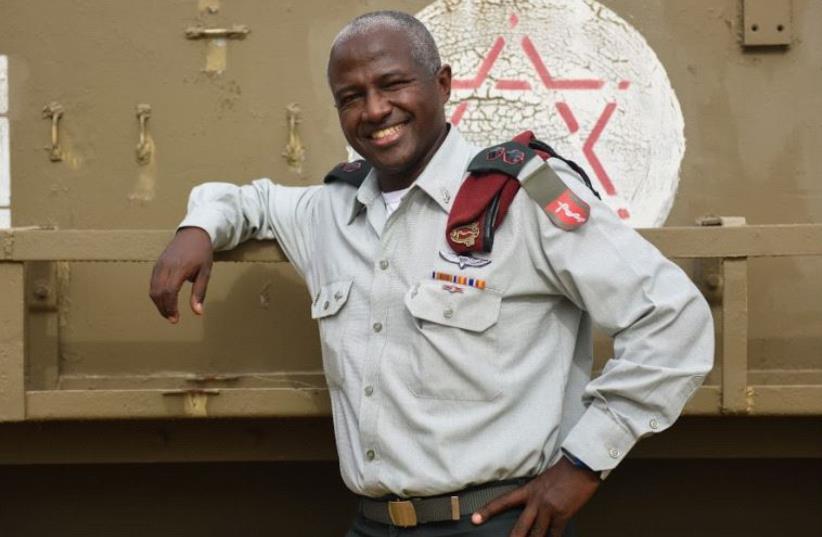 Lt. Col. Avraham Yitzhak
(photo credit: IDF SPOKESPERSON'S UNIT)
Advertisement
Once his promotion is approved by Defense Minister Avigdor Liberman, Lt.- Col. Avraham Yitzhak will become the first colonel of Ethiopian descent in IDF history.Yitzhak, a physician who was born in Ethiopia and moved to Israel in 1991 at the age of 19, was appointed by IDF Chief of Staff Lt.-Gen Gadi Eisenkot to serve as chief medical officer of the IDF Southern Command.This is not the first of his firsts. At the age of 16, Yitzhak began studying medicine in the Ethiopian capital of Addis Ababa, then completed his studies at Ben-Gurion University of the Negev in Beersheba, to become the first Ethiopian Israeli to complete medical studies.He was also the first Ethiopian Israeli to serve as a combat doctor, both in the Paratrooper Brigade as well as the elite Maglan Unit.During the Second Lebanon War, Yitzhak, who specializes in general surgery, was assigned as rear medical doctor to the Nahal Brigade. A mere 12 hours before the fighting ended, he was wounded by shrapnel, requiring surgery on his left arm.He completed his surgical residency following his recovery. During Operation Cast Lead, Yitzhak was head of the Southern Command Medical Corps.After completing the second phase of his specialization, Yitzhak returned to serve as a chief medical officer of the Gaza Division during Operation Pillar of Defense. After saving the life of a lieutenant-colonel wounded by mortar round shrapnel to the chest, he served in the same capacity during Operation Protective Edge.He also served as a senior surgeon in a field hospital as part of the IDF humanitarian mission to Haiti, following the 2010 earthquake that devastated that nation.Yitzhak is married, has four children and lives in Beersheba.Six women have also been promoted to colonel. Lt.-Col. Olga Polyakov has become the first woman to command a Home Front district, taking over the Dan District, which includes Tel Aviv.Col. Orli Stern will head the Logistics Directorate’s building and engineering department, and Col. M (full name withheld for security reasons) will head the Military Intelligence’s human resources department.The others, Lt. Col. Liron Donal, Col. Noa Zumar and Lt.-Col. Tali Freed have been named for positions in the army’s legal system, as has Lt.-Col. Carmel Wahabi, a Druse.