By HERB KEINON
NOVEMBER 24, 2016 18:11
Fires rage across Israel. Video: Ariel Kedem, National Parks Authority.
Advertisement
Any of the fires currently sweeping the country that were caused by arson are acts of terrorism and will be dealt with accordingly, Prime Minister Benjamin Netanyahu said on Thursday.Netanyahu made the comments at a press conference in Haifa, where more than 75,000 residents were evacuated from their homes because of the spreading blaze.“I want to say as clearly as possible: Any fire caused by arson, or by incitement to arson, is terrorism for all intents and purposes, and we will deal with it accordingly. That is my directivewill deal with all acts of lawlessness,” he said. “Anyone who tries or will try to burn parts of Israel will be punished with all severity.”
Public Security Minister Gilad Erdan, who joined Netanyahu in Haifa, along with Interior Minister Arye Deri and Construction Minister Yoav Galant for a briefing on the situation, said it is clear that a large part of the fires were caused by arson.He also reported that a number of suspects have been arrested, and that teams have been set up to investigate each fire.Erdan pledged that the investigations will be thorough, and punishment will be meted out in order to create deterrence – not only to those lighting fires, but also to those on social media inciting others to set them.


Netanyahu said that Israel’s squadron of 14 firefighting aircraft is not enough, and that he turned to other countries for assistance. By midnight, he said, an additional 10 planes will have arrived from Russia, Greece, Italy, Cyprus and Turkey.The two planes being sent from Russia are of the massive Beriev Be-200 type, an aircraft that can carry up to 12,000 liters of water, scooped out of the sea in some 14 seconds.The Russians sent 19 crew members along with the two planes, with a third plane expected on Friday.Greece sent three planes and a crew of 32; Croatia sent two planes and a crew of 14; Turkey sent two planes and an eight-member crew; Italy sent two planes and a crew of 13; and Cyprus sent its sole fire-fighting plane, and a crew of seven.France and Ukraine both offered two planes each, which are expected to arrive Friday morning.Netanyahu said that he issued directives requesting the US to send the world’s largest firefighting aircraft, the 747 Supertanker, the only such plane with the capability of operating at night. 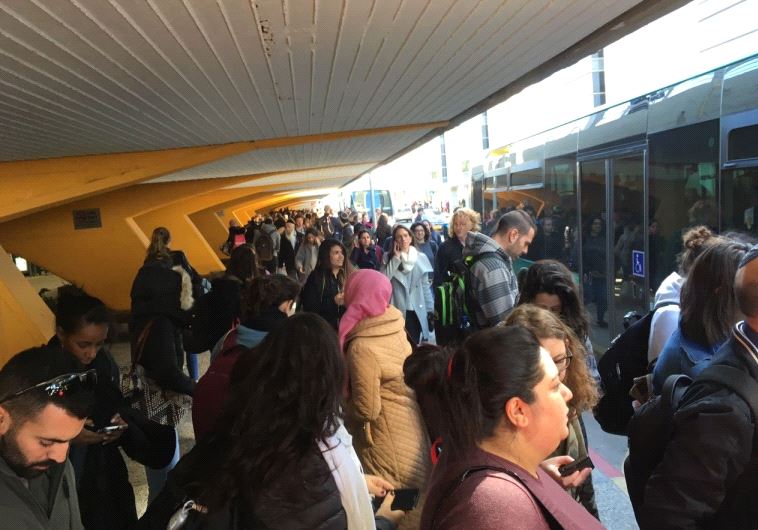 (Students evacuating the University of Haifa due to fires in the area, November 22, 2016 (Courtesy)He said that while the aircraft would only be used in extreme situations, it would be better to have more capability than not enough. The plane is expected to arrive Friday evening. The Supertanker, which reportedly costs $1.5 million to rent, was brought here in 2010 to help battle the Mount Carmel forest fire. It can carry up to 20,000 gallons of firefighting liquids, including water, foaming agents and fire retardants.Netanyahu spoke on Thursday with Russian President Vladimir Putin and thanked him for positively and quickly responding to Israel’s request to help in the efforts. The phone conversation was the seventh between the two leaders since the beginning of the year.Turkey sent a large fire-fighting aircraft. After the Turkish offer of assistance was made, Netanyahu issued a statement saying he appreciated the move.Ankara only recently resumed full diplomatic ties with Jerusalem after six years of downgraded relations following the 2010 Mavi Marmara incident.The Turkish Embassy in Tel Aviv said on Twitter Thursday evening that another two Turkish amphibious aircraft were on the way.Turkey sent two planes to Israel in December 2010 to fight the Carmel Forest fire, at the height of the diplomatic crisis between the two countries. And in 2011, Israel dispatched mobile homes to Turkey, following a massive earthquake there.Fires near a railway tunnel under construction near Canada Park near Modi'in (ZION BITON/KKL) 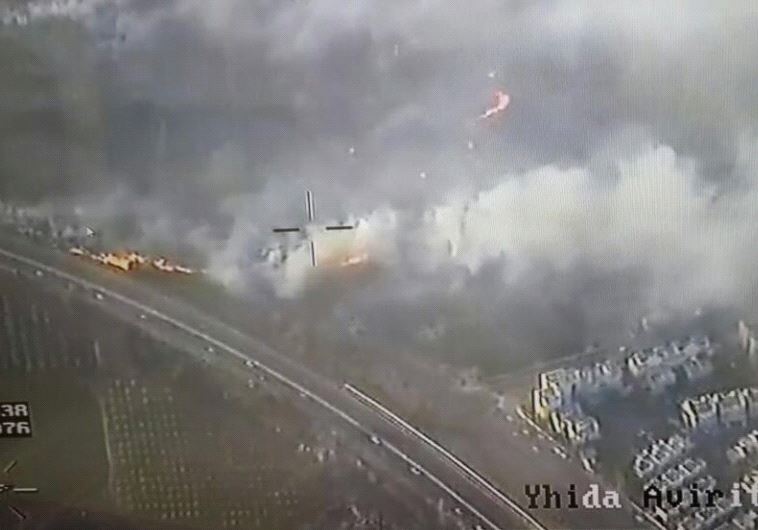