“Israel will have the highest population density in the Western world.” 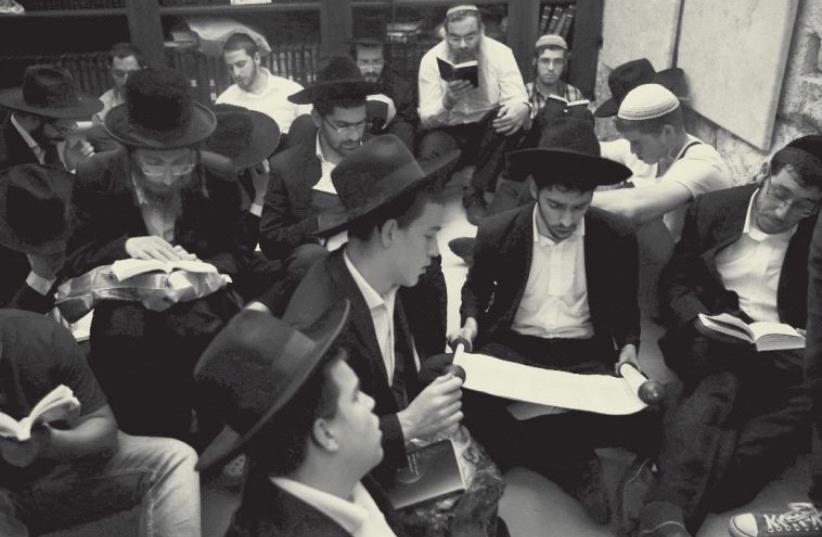 Haredi Jews
(photo credit: REUTERS)
Advertisement
Israel’s projected future looks a lot like a visit to the Jerusalem central bus station: crowded and very religious.According to a government report to be released in full next week, the Jewish state’s population will double in about 40 years. Some 29 percent — or 5.25 million of its projected 18 million residents — will be haredi Orthodox Jews. That’s more than triple the current 9 percent.“Israel will have the highest population density in the Western world,” Sergio DellaPergola, a preeminent Israeli demographer and member of the report’s steering committee, told JTA. “Interestingly, haredim will overtake Arabs as the largest minority.”The Central Bureau of Statistics revised upward its previous projection, made in 2012, that the population will reach 15.5 million in 2059, with 4.5 million haredim. DellaPergola said the bureau had wrongly assumed Israel’s fertility rate would continue to decline.If this report proves accurate, Israel — with a land area of some 8,000 square miles — will be more densely populated than the West Bank and the Gaza Strip taken together are today. Some experts have warned of impending disaster, but DellaPergola said Israel still has room to expand outside its geographic center, the Tel Aviv-Jerusalem region, in what Israelis call the “peripheria,” or periphery.“Israel has a huge area that is very underpopulated,” he said. “If you can distribute the population more equally across the periphery, density is not a problem. But I haven’t seen much strategy from the government.”The government has implemented a development plan focused on poor rural towns, but a State Comptroller’s report released last week accused former housing minister Uri Ariel of misappropriating tens of millions of shekels earmarked for such places.Gilad Malach, who analyzed the Central Bureau of Statistics report for the Israel Democracy Institute think tank, noted that other societies have proven able to adapt to high population density.“It’s not necessarily a disaster,” he told JTA. “Singapore and Hong Kong are even more populated [than Israel is projected to be], and they are successful states. Great cities also function almost like states.”Israel is growing rapidly mostly because of its birth rate, which DellaPergola said is the highest of the world’s 100 most developed countries, “some of which aren’t that developed.”Once exceptionally fertile, Arab-Israeli women now have an average of 3.13 children, the same as their Jewish fellow citizens. According to the Central Bureau of Statistics report, Arabs will comprise 20 percent of the Israeli population in 2059, compared to the current 21 percent.By contrast, after ticking downward when child subsidies were slashed in 2003, the haredi fertility rate has stabilized the past five years at 6.9 children per woman. Malach said the projected haredi population boom should be a “call to action” for Israel. He recommended the government, along with civil society, invest in haredi education and workforce integration, as well as rethink its large-family policies.The idea is that as the haredi community becomes a bigger part of Israeli society, it must hold its own in the economy — but some current government policies incentivize haredim to remain out of the workforce. Hundreds of thousands of haredi men receive government stipends of $120 to $215 a month to study in yeshiva. Just under half of them do not work, although the percentage has been unevenly decreasing for over a decade.Haredi families also disproportionately benefit from monthly government allowances of $42 to $52 per child.“If we focus on policy regarding pro-natality, and specifically integration of the ultra-Orthodox into society, the dramatic growth predictions may not be fulfilled,” Malach said. “It would also be good for the prosperity of the State of Israel.”Although hundreds of millions of dollars have gone into haredi education and employment in recent years, child allowances were restored in 2016 as a condition of the haredi political parties joining the governing coalition.DellaPergola agreed that a change in government policies could lower the haredi fertility rate. But he insisted the Central Bureau of Statistics report was accurate to within “hundreds of thousands,” saying it had taken into account the trend toward haredi employment.Moshe Friedman, the CEO of Kamatech, a nonprofit that helps bring haredim into the high-tech industry, said there is no reason to fear the growth of his community. He said his group has trained or found jobs for 7,000 people since it started five years ago, and that he cannot accommodate everyone who wants to participate. A 40-person cybersecurity course he recently opened with Cisco got 900 applicants, he said.“I see a really good trend of haredim who want to be part of society, part of the economy,” Friedman told JTA. “I understand from this new report the importance of the work we are doing to help the haredim integrated into society. So I think it will be OK.”