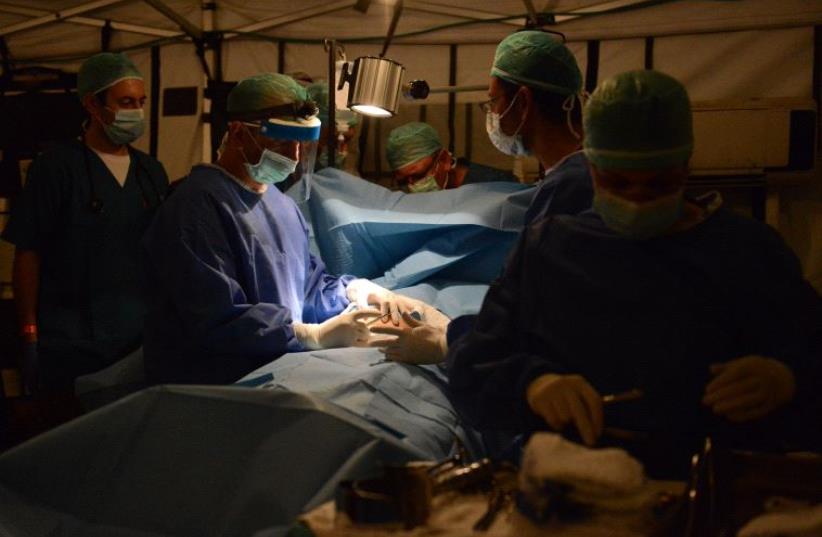 Israeli field hospital.
(photo credit: IDF SPOKESMAN’S UNIT)
Advertisement
Israel’s emergency medical response team has been recognized by the United Nations as the “No. 1 in the world” and classified as its first Type 3 field hospital, the IDF announced on Sunday.According to Lt.-Col. (res.) Dr.Ofer Merin, Israel is the first foreign emergency medical team to receive such a classification, which has a strict set of criteria created by the World Health Organization to classify foreign medical teams responding to sudden disasters.Receiving the Type 3 classification means Israeli teams will be the first on the scene of any disaster. 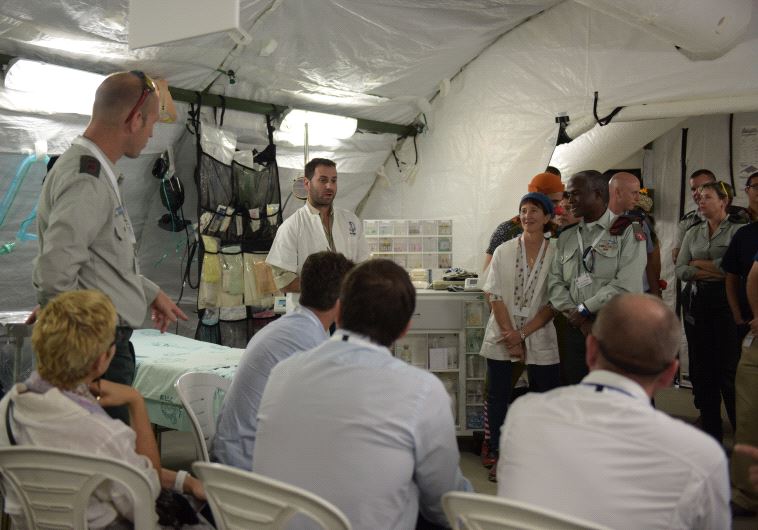 WHO’s classification system describes a Type 3 medical team as having “at least two operating tables in two separate rooms within the theater area, at least 40 inpatient beds (20 per table) and have the capability to treat 15 major or 30 minor surgical cases a day.”Israel’s field hospitals, which can be set up in under 12 hours, have 86 inpatient bed and four operating rooms. 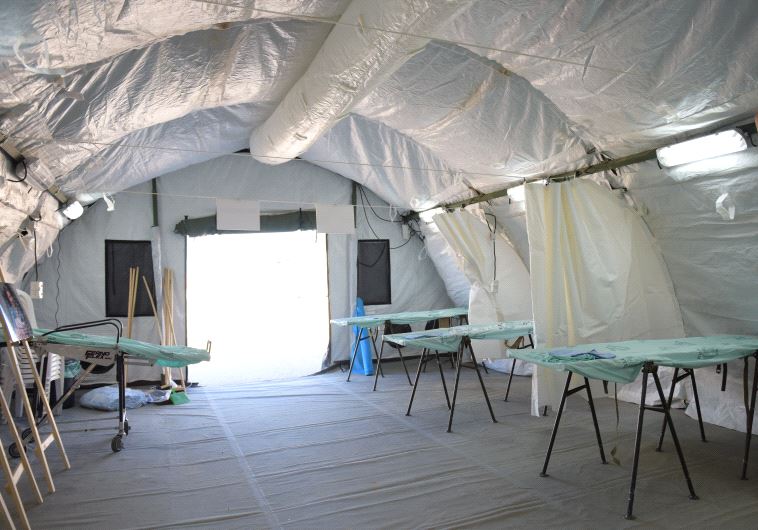 The description also says that Type 3 medicals teams “should be offered immediately, and upon agreement, deploy without delay, but are unlikely to be operational in the field for at least five to seven days.” Nevertheless, these teams “should be considered a service that is only appropriate to deploy for at least two months.”Israel has often aided countries struck by natural disasters, including sending teams from the IDF Medical Corps and Home Front Command, providing search and rescue and setting up field hospitals in Haiti, the Philippines, Japan, Turkey and Nepal.The process to receive the classification began last year, and delegations from WHO visited Israel on various occasions to assess IDF Medical Corps’ field hospitals.Israel officially received the designation last week, but it was only made public this week.