Juniper Cobra: Joint IDF-US Army exercise (Anna Ahronheim/TSgt Roidan Carlson- USAFE/IDF Spokesperson's Unit)
Advertisement
Juniper Cobra, the largest joint US-Israeli air-defense exercise, is under way, with thousands of troops deployed across the country simulating scenarios where Israel faces missile barrages simultaneously on various fronts.In the two years since the last Juniper Cobra exercise, Israel’s enemies have changed. And while 2017 was a relatively quiet year for Israel, the IDF’s Aerial Defense Division successfully intercepted drones in the North, as well as rockets fired from the Gaza Strip and Egypt’s Sinai Peninsula.
Israeli and American soldiers take part in the joint Juniper Cobra drill (Credit: U.S. Air Force Tech Sergeant Matthew Plew)
The environment in which Israel find itself is “explosive,” said Brig.-Gen Zvika Haimovitch, head of the Aerial Defense Division, adding that “at the beginning of the next war the enemy will use more fire in the opening barrage.”Some 2,000 IDF Aerial Defense troops will be participating alongside 2,500 US troops – some 1,400 Marines and 1,100 sailors – in the largest joint exercise with the US military’s European Command.The Americans have also deployed the USS Iwo Jima and USS Mount Whitney as well as their Patriot missile-defense system, Aegis ballistic missile-defense system, Terminal High Altitude Area Defense (THAAD) system, TPY-2 radar system, communication systems, 25 aircraft and three hovercraft.Over the course of the two-week-long exercise troops will practice challenging and complex scenarios adapted to Israel’s operational reality such as missile threats in various sectors simultaneously as well as the threat posed by precise missiles that Iran is trying to produce for Hezbollah.Simulations during the exercise will include the use of the Arrow missile-defense system, the Iron Dome, the Patriot system and, for the first time, the David’s Sling system, which was declared operational in April 2017.“Juniper Cobra 2018 is another step in improving the readiness of the IDF and the IAF in particular to enhance their operational capabilities in facing the threat posed by high-trajectory missiles,” Haimovitch said.While “the exercise demonstrates the close and strategic cooperation between the IDF and the US armed forces,” Haimovitch continued, Israel has the capabilities to protect the country from threats posed by its enemies.Nevertheless, “you want to have all the capabilities and the Americans bring additional strengths.”According to Haimovitch, Israel’s Air Defense Division is “better equipped and better prepared” as opposed to the last Juniper Cobra, which took place in June 2016, as new missile defense systems have become operational, including David’s Sling and the Naval Iron Dome.
Brig.-Gen Zvika Haimovitch, the head of the IDF’s Aerial Defense Division and US Air Force Third Air Force Commander Lt. Gen. Richard Clark. (Credit: Anna Ahronheim)
MILLIONS OF DOLLARS have been spent on the exercise, with preparations for it beginning some 24 months ago. While the main Juniper Cobra drill will occur from March 4-15, additional joint exercises between Israeli and American troops will continue after the completion of the drill through the end of March.“The United States and Israel enjoy a strong and enduring military-to-military partnership built on a trust that has been developed over decades of cooperation,” said USAF Third Air Force commander Lt.-Gen. Richard Clark, who also serves as the commander for the deploying Joint Task Force – Israel.“The Juniper Cobra exercises continue to strengthen this relationship, providing us with the opportunity to bolster interoperability and develop seamless integration with our Israeli partners.” 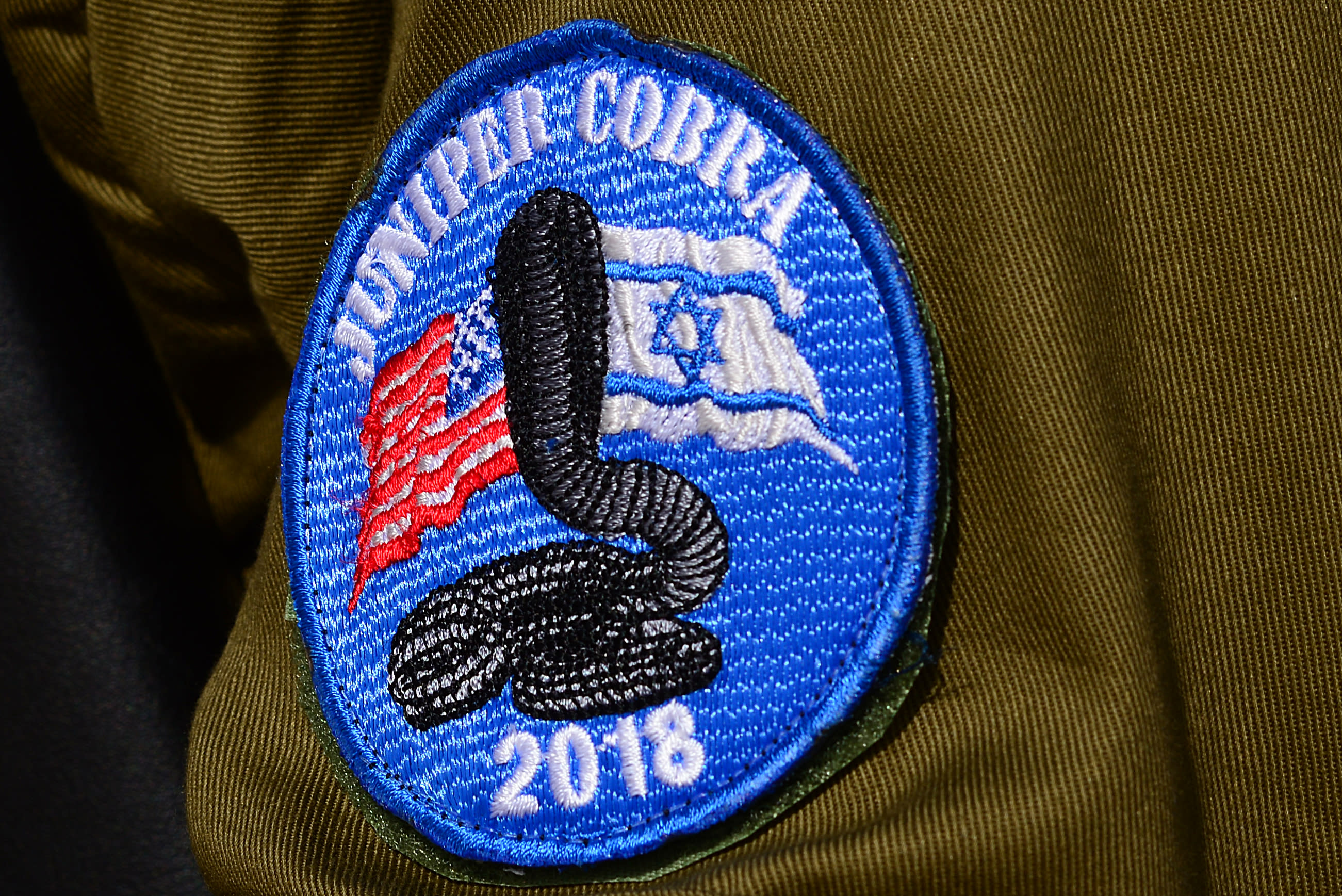 According to Clark, the US and Israeli troops will work side-by-side under each other’s relevant chain of command.“As far as decision-making, it is a partnership,” he continued, stressing nonetheless that “at the end of the day it is about the protection of Israel – and if there is a question in regards to how we will operate, the last vote will probably go to Zvika [Haimovitch].”Washington and Israel have signed an agreement which would see the US come to assist Israel with missile defense in times of war and, according to Haimovitch, “I am sure once the order comes we will find here US troops on the ground to be part of our deployment and team to defend the State of Israel.”And those US troops who would be deployed to Israel, are prepared to die for the Jewish state, Clark said.“We are ready to commit to the defense of Israel and anytime we get involved in a kinetic fight there is always the risk that there will be casualties. But we accept that – as every conflict we train for and enter, there is always that possibility,” he said.