Is it possible not to show bias on a topic like this? 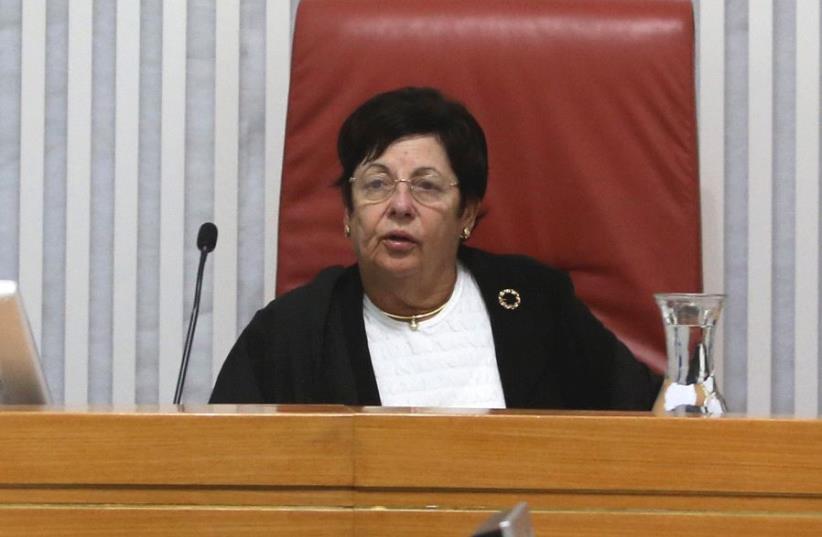 Miriam Naor
(photo credit: MARC ISRAEL SELLEM)
Advertisement
Justice Noam Sohlberg attended last week’s state ceremony celebrating 50 years of settlement as a private citizen, after Supreme Court President Miriam Naor declared it off-limits to the judicial branch.Naor had withdrawn an initial willingness to send a court representative, saying that the ceremony had evolved into an issue implicating “issues in public dispute and politics.”The Court Spokesman’s Office responded to the disclosure on Tuesday that Sohlberg, who lives in the Alon Shvut settlement in the Etzion bloc, where the ceremony was held, had asked and received Naor’s permission to attend as a private citizen as long as he had no public role.Sohlberg is considered the most conservative member of the court on a variety of issues.Likud MK Nurit Koren responded to Sohlberg’s attendance by asking why he could not serve as a public representative of the court if he could attend the ceremony.Answering her own question, she said Naor had “taken a political position.”Naor’s decision was also attacked last week by a wide array of politicians on the Right.President Reuven Rivlin, the Zionist Union party and most of the Yesh Atid party also boycotted the ceremony.Various concerns were put forward, including that the ceremony might take a political turn, either a pro-settlement position in the sense of opposing any evacuation in the future or becoming a show of support for Prime Minister Benjamin Netanyahu and the Likud.In addition, the court is currently hearing arguments about whether it should strike down the Settlements Regulations Law – which would retroactively legalize 4,000 unauthorized settlement housing units built on private Palestinian land in exchange for compensation – as unconstitutional.Naor had said avoiding the ceremony was the only way the court could avoid showing bias.The Movement for Quality Government in Israel issued a statement last week saying it believed Naor was avoiding the ceremony to avoid being seen as taking a political side, but that she should reconsider now that declining to attend is being perceived as taking the side of the Left.