Yesh Atid, headed by former journalist Yair Lapid, currently holds 11 seats in the Knesset, while the Likud retains the largest faction in parliament with 30. 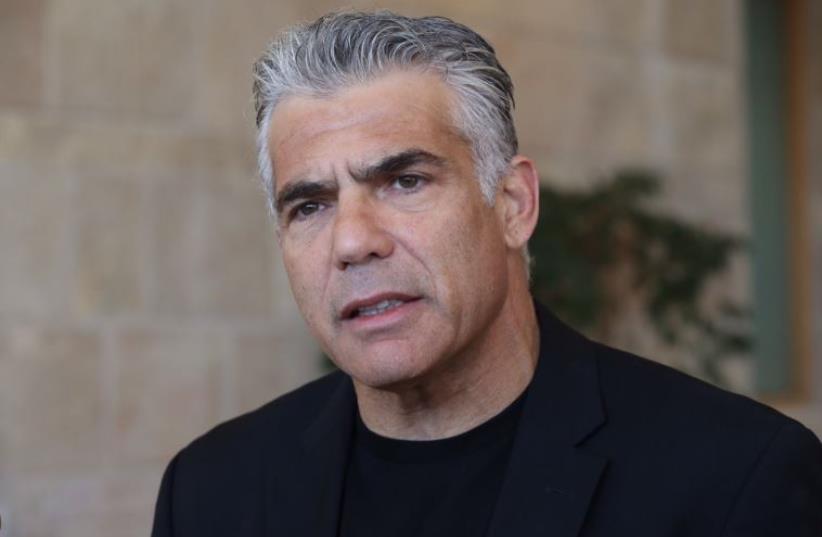 Yair Lapid
(photo credit: MARC ISRAEL SELLEM/THE JERUSALEM POST)
A new poll released by Channel 10 Friday evening suggests that the center-left Yesh Atid party would overtake Prime Minister Benjamin Netanyahu's Likud faction if an election was held today.The survey, conducted on Thursday by the "StatNet" institute, found that among Israel's general population, Yesh Atid would muster 27 mandates in the Knesset. The Likud, on the other hand, would garner just 23.Yesh Atid, headed by former journalist Yair Lapid, currently holds 11 seats in the Knesset, while the Likud retains the largest faction in parliament with 30.  The survey discovered, however, that most Israeli citizens still prefer Netanyahu to lead the country. Coming in behind the Likud, Channel 10 reports, is the pro-settler Bayit Yehudi party, led by right-wing politician Naftali Bennett, rising from its current eight seat mandate to 12. The poll found that the Joint List would also win 12 seats, a net loss of one from the previous year. The survey found that the biggest loser of a theoretical new election would be the Zionist Union, led by MK Issac Herzog, which would see a 16 seat drop from its current 24, being left with just eight mandates in the Knesset. The Kulanu party, lead by Finance Minister Moshe Kahlon, would also lose three of its current 10 seats in the legislative body. Other notable mentions include Yisrael Beytenu's relative good showing, chaired by Defense Minister Avigdor Liberman, which would increase its presence in the Knesset from its current six seats to ten. Rounding out the rest of the poll was Shas with eight seats, a one seat increase from its current seven; a one seat increase for the left-leaning Meretz party -raising their roster to six; and United Torah Judaism, who would retain all seven of their seats with no change from the previous year.Among those polled, 31% said that they had yet to decide on what party they would vote for. The poll, using a sample of 615 Israeli citizens, also found that 27% prefer Netanyahu remain prime minister, followed by Lapid at 15%, and former defense Minister Moshe Ya'alon at 9%. At least 7% want Bennett to be the next premier, with Herzog polling at 5%. The margin of error was 3.9%.